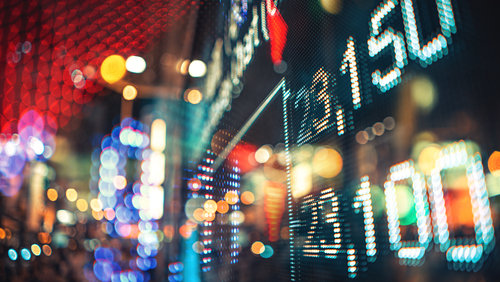 The broader market averages fell on Friday and the S&P 500 ended the week nearly 2% lower. Materials and Utilities led the decliners, while the Energy sector rallied last week.

It was announced on Tuesday that core consumer prices (CPI) increased by 4%, excluding food and energy. Although slightly below expectations, rising inflationary pressures remain a concern for the final months of 2021.

Costco (COST), FedEx (FDX) and Nike (NKE) headline the earnings calendar next week. On the economic front, we’ll get several pieces of housing data in the first half of the week.

All eyes will then shift toward the Federal Reserve on Wednesday afternoon. Some investors believe that Chair Jerome Powell could discuss the tapering of monthly bond buying; however, it all depends on the data the Fed will also present with its new quarterly projections.

Following the snap-back recovery in stocks last year from Pandemic lows, we believe that investment gains will be harder to come by in 2021.

As a result, deciding what and when to buy can be challenging for any investor.

However, the fact remains that attractive investments are out there, if you’re willing to dig a little deeper.

One such Energy name is worth a closer look and is our Stock of the Week.

Stock of the Week: Ovintiv (OVV)

The company is an energy producer with core assets in the Permian basin. Just 28% of its production in 2020 was crude oil, with the majority coming from natural gas and natural gas liquids (NGLs).

The stock gained nearly 4% last week and we believe this relative outperformance can continue in the final months of 2021.

Ovintiv has strong operating momentum, even though it faced some growing pains last quarter. Management announced quarterly results in July that fell short of the consensus analyst estimates.

The company had a surprise loss of $0.79 a share in the second quarter, but still generated $750 million of operating cash flow. As a result, management reduced net debt by $1.2 billion in the period.

The stock appears attractively valued at just 5.9x expected 2021 earnings of $4.99 a share. This is a discount to both the broader market and average industry valuation of 7.7x.

In addition, the stock carries a Smart Score of 10/10 on TipRanks. This proprietary score utilizes Big Data to rank stocks based on 8 key factors that have historically been a precursor of future outperformance.

On top of the positive aspects mentioned already, the Smart Score indicates that shares have seen insider buying, in addition to improving sentiment from investors (professional and individual) and financial bloggers.

Takeda Pharmaceutical: FDA approves sBLA for expanded use of TAKHZYRO