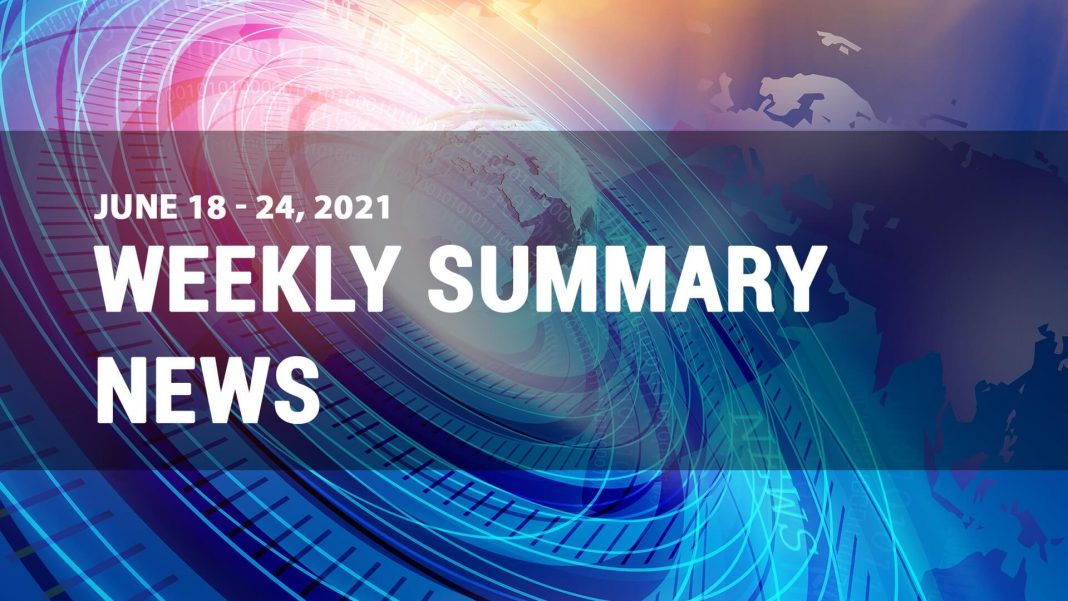 The British pound declines against the US dollar on Friday as growing hopes for the UK’s recovery weakened after the country recorded over 11,000 new COVID-19 cases, marking the highest since February 19.

The pound shed 0.3% against the greenback to $1.3885, its lowest level since early May, and registering a 1.6% loss since the Federal Reserve’s meeting on Wednesday.

French bonds rose on Monday as the country’s far-right had a weak performance during the regional elections on Sunday, with Marine Le Pen’s Reassemble National party losing over seven percentage points nationwide to 19.3%.

The 10-year French OAT surged nearly 0.15% after dropping as low as 0.13% earlier in the session, trading below the 0.20% figure that it hit in the previous week.

Oil prices climbed on Tuesday, with Brent reaching $75 per barrel for the first time since April 2019, driven by investors’ optimism over global oil rebound and easing concerns about an early resumption of Iranian oil hitting the market.

The global benchmark for oil rose as high as $75.27 per barrel earlier in the session, its strongest since April 25, while the US West Texas Intermediate (WTI) crude oil futures gained 0.7% to $72.58 per barrel, having risen 2.8% on Monday.

Wednesday, June 23: Next Digital’s Apple Daily to Close on Saturday

Next Digital’s flagship tabloid Apple Daily is set to close after Hong Kong’s National Security law resulted in millions of dollars in assets frozen and its journalists arrested.

Next Digital said Apple Daily, the country’s biggest and loudest pro-democracy newspaper, would release its last edition on Thursday, while its online platform will end operations from midnight on the same day.

Leech stated that the limited number of Bitcoins alone makes the world’s largest cryptocurrency an exciting investment, while the Bitcoin halving set to occur in 2024 is likely to cause a huge price increase in the digital asset.

The post Weekly news summary for June 18 to June 24 appeared first on FinanceBrokerage.