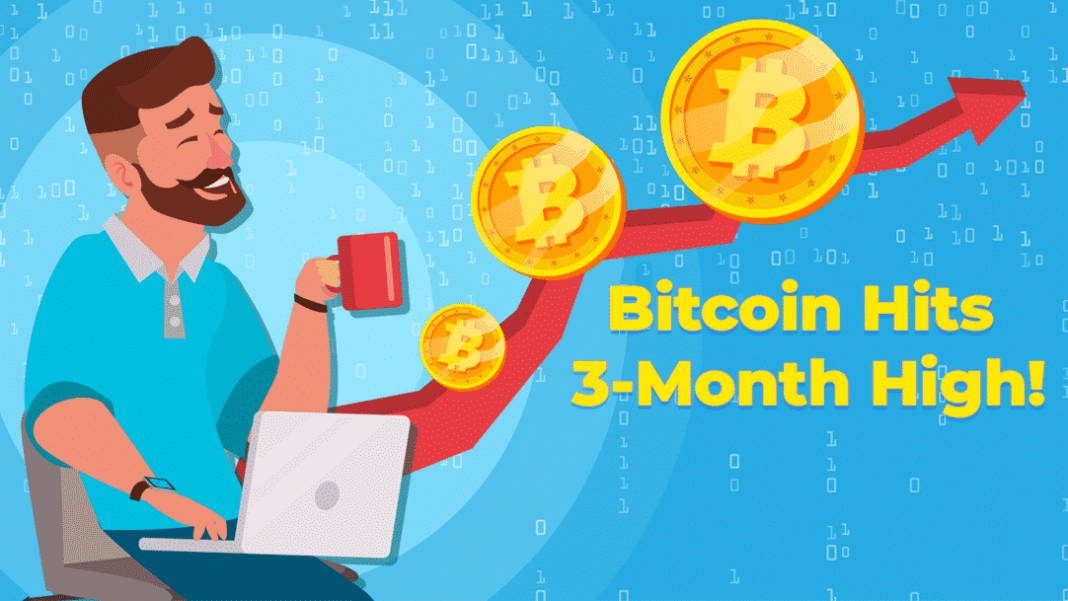 The S&P 500 and Dow Jones Industrial Average ended Friday’s session at record highs, driven by optimism over economic rebound after the US added 943,000 jobs in July, beating expectations of 870,000, while the unemployment rate dropped 5.4% from 5.9%.

Bitcoin on Monday climbed to a new three-month high as US policymakers made last-minute compromises on cryptocurrency tax provisions, presenting an amendment that could exempt non-broker-type entities from the legislation.

Bitcoin gained as much as 5.4% to $46,245, marking a new three-month high and maintaining its current momentum, while Dash, Ether, and Litecoin also rose at least 5%.

China’s COVID-19 cases reached a seven-month high on Tuesday after a crowd at a test site pushed the number of infections higher due to the highly contagious Delta variant.

Chinese health authorities stated that country recorded 143 new coronavirus cases on Tuesday, with 108 of them locally transmitted, marking the highest rise since January when it registered 144 new cases and 126 domestic infections.

The US Senate has passed the massive $1 trillion bipartisan infrastructure bill aimed at revamping the country’s roads, bridges, airports, and waterways, although it still requires the approval of the House of Representatives.

The Democratic-controlled Senate has also approved a $3.5 trillion budget plan that could provide additional financial support to various federal initiatives, including universal preschools, affordable housings, and reduction of carbon emissions.

Data from the Bank of Japan (BOJ) showed that the corporate goods price index (CGPI) was up 5.6% last month from the previous year, the fastest growth since September 2008, when rising market demand prompted a surge in prices known as the “supercycle” of commodities.

The post Weekly news summary for August 6 to August 12 appeared first on FinanceBrokerage.