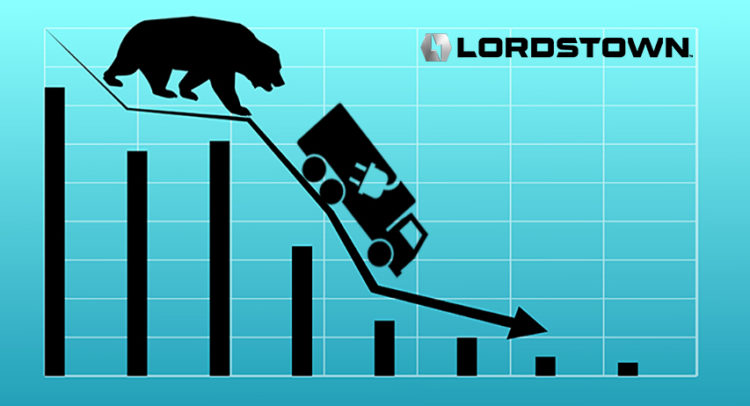 Shares of U.S. electric vehicle automaker Lordstown Motors (RIDE) plunged around 20% in early trading on Monday after the resignation of its CEO Steve Burns and CFO Julio Rodriguez.

Lordstown went public in October last year through a special purpose acquisition company (SPAC). Last week, the company issued a “going concern” warning in its latest quarterly filing and raised legitimate concerns on whether it will be able to continue operations over the next year.

The company’s Lead Independent Director, Angela Strand, has been named Executive Chairwoman and will look after the organization’s transition until a permanent CEO is hired. Becky Roof has been appointed as the Interim CFO.

Jane Ritson-Parsons, formerly an interim Chief Brand Officer, has been named as the COO.

All changes to the management team are effective immediately. (See RIDE stock analysis on TipRanks)

Ms. Strand commented, “We remain committed to delivering on our production and commercialization objectives, holding ourselves to the highest standards of operation and performance and creating value for shareholders.”

She further added, “Along with the management team, I will continue to work closely with them and the Board to execute on Lordstown’s vision for the future of electrified transportation.”

Bank of America analyst John Murphy recently reiterated a Hold rating and a price target of $13 (40% upside potential) on the stock.

Murphy stated, “We remain concerned that RIDE’s longer-term growth trajectory may be challenged by a relatively narrow addressable market, as well as significant competition from incumbents and entrants in a segment that has historically been a cash flow cow for major US automakers.”

Overall, the stock has a Hold consensus rating based on 1 Buys, 4 Holds, and 3 Sells. The RIDE average analyst price target of $9 implies shares are fully valued at current price levels.