The Most Traded Stocks By TipRanks Investors in July 2021 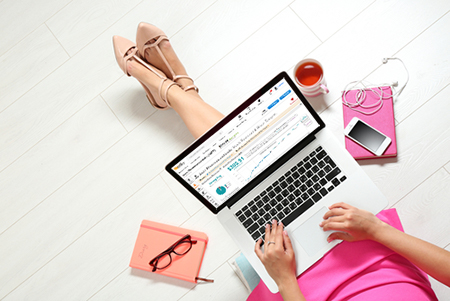 Which stocks were most popular with TipRanks investors in July? Every month, we look at the most bought and sold stocks of over 454,000 investors with a TipRanks Smart Portfolio.

Most of the names on July’s list are the same as those in June. One exception is Salesforce which entered in second place, up 69 places since the previous month. AMC slipped out of the list, down to 16th place.

Taking a closer look at Salesforce, it’s not just individual investors who are excited about the stock. CRM has a Strong Buy analyst rating consensus, and its average price target indicates almost 12% upside potential. The stock also has a maximum Smart Score of 10 based on our data-driven stock score, showing positive news and financial blogger indicators.

There are also similarities to June’s most sold stocks. Microsoft, Clover Health Investments, and Blackberry dropped off the list, to be replaced by AMD, Alibaba, and SoFi.

Online personal finance company, SoFi held its IPO through a SPAC on June 1, and became the 7th most sold stock in July by TipRanks investors. It was also the 13th most bought stock of the month.

So far two Wall Street analysts have rated SoFi, both with a Buy. Their average price target indicates close to 60% upside. The stock has an “Outperform” Smart Score of 8 out of 10.

Disclaimer: The content is intended to be used for informational purposes only. It is very important to do your own analysis before making any investment.

The post The Most Traded Stocks By TipRanks Investors in July 2021 appeared first on TipRanks Financial Blog.