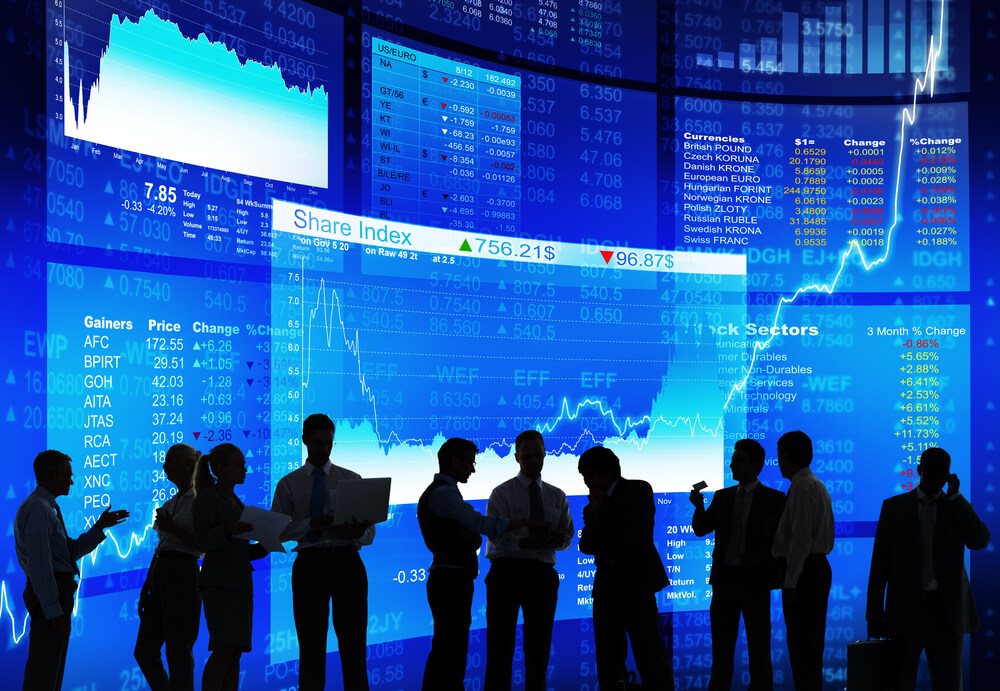 At the close of Wall Street on Wednesday, S&P 500 ended its four consecutive days of profits and a solid first half of the year.

The US recovery continues with an increase in inflation that is perceived as increasingly transitory.

The Dow Jones Industrial Average increased by 210 points, with a support of a 2.7% rise in Walmart. The S&P 500 gained 0.13% to close at a fresh record of 4,297.50. At the same time, the Nasdaq Composite dipped by 0.2% resulting from lower closes of Facebook, Amazon, Netflix, and Google-parent.

The US economy is advancing at a faster pace than expected

The stock market underwent its worst week since October after the Fed raised its forecasts for price increases. The central bank stated that it has begun to talk about normalization in monetary policy and brought the first interest rate hikes forward to 2023.

Consumer prices in the US in May registered a 5% year-on-year rise, the highest since 2008. Still, the central bank has insisted that the boom is due to the reopening of the economy after months paralyzed by the virus and that the pressures would be temporary.

In the end, investors have continued to bet on buyouts in hopes of benefiting from the recovery. The 1.2 trillion infrastructure plan promoted by President Joe Biden, which has earned bipartisan support in the Senate, also contributed to it.

The vaccination process is in progress in the US, where 60% of adults have already received at least one dose against the coronavirus. However, the evolution of a new Delta variant in other countries and its impact is disturbing.

Nikkei yielded 0.29% this Thursday due to fears of tightening anti-covid measures. The country is experiencing a rapid increase in infections in and around Tokyo.

The Tokyo stock market was hindered by the decline in the technology sector and profit-taking in sectors such as transportation following recent earnings reports.

Investors in the Japanese stock market barely reacted to the improvement in business sentiment among the country’s large companies. It stood at the highest level in 2018 in its March quarterly report. Investors took a cautious stance instead, considering the potential impact of an increase in covid cases.

The maritime transport sector recorded the largest losses of the day. Information and communication sectors and metal products followed it.

Mitsubishi Electric plummeted by 6.04%, which is the most significant drop among Nikkei-listed companies.

The transportation companies Kawasaki Kisen Kaisha and Mitsui OSK followed in decline, dropping by 4.63% and 3.93%, respectively.

The semiconductor component maker Lasertec had the most significant trading volume of the day and added 0.27%.

The Softbank group slumped by 0.63%, and the vehicle manufacturer Toyota lost 0.2%. Meanwhile, Sony expanded by 1.15%, and its competitor Nintendo decreased by 0.17%.

Worries about the Delta strain pulls Kospi down

Kospi decreased by 0.44% or 14.62 points to 3,282.06 this Thursday. Concerns about the spread of new, more contagious variants of Covid-19 reduced investor risk appetite.

The Kosdaq Technology Stock Index surged by 0.55% or 5.68 points to 1,035.64. The strong performance of the pharmaceutical and healthcare sectors contributed to this new record high.

The country’s authorities decided to hold social distancing measures in the Seoul area for a week. As a result, the South Korean stock market opened in red and has been pessimistic since then.

As for the winners of today’s session, the pharmaceutical company Samsung Biologics advanced by 1.66%. Besides, Samsung SDI, the manufacturer of rechargeable batteries, gained 3.72%.

The won decreased by seven units against the US dollar, trading at 1,133.10 won during the session’s close.

China’s official manufacturing PMI for June was released Thursday. It showed that factory activity growth decreased in June. Besides, the Caixin/Markit manufacturing Purchasing Managers’ Index for June stood at 51.3 compared to May’s 52.0.

As a result of the economic data, Asia-Pacific shares closed in the red.

The four sub-indices ended in red. The Real Estate sector lost 1.02%, the Commerce and Industry yielded 0.7%, while Finance dropped by 0.3%, and Services settled with a loss of 0.23%.

The post Wall Street Closed with Gains the First Six Months of 2021  appeared first on FinanceBrokerage.