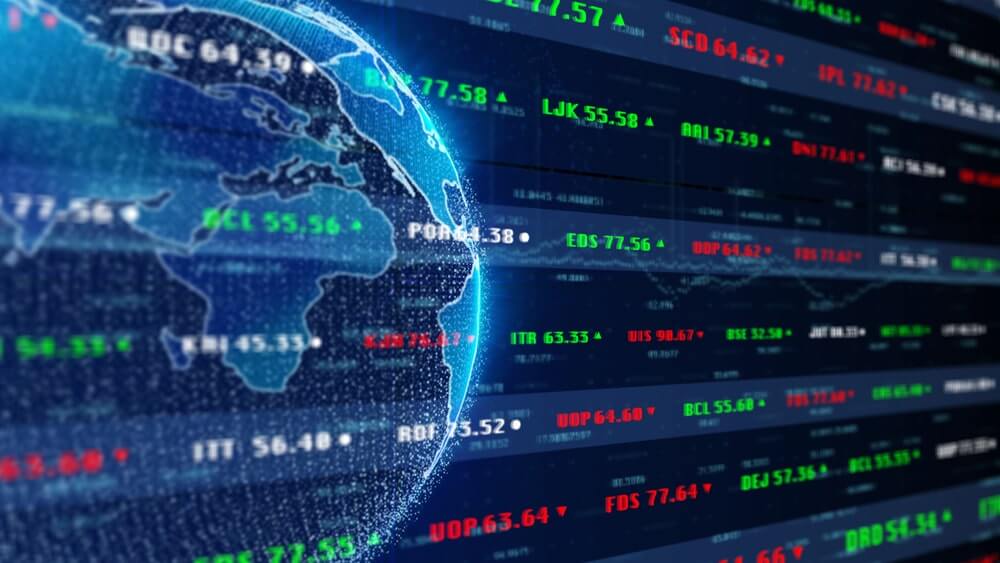 Wall Street stocks reached record highs on Thursday. It followed Joe Biden’s announcement of a tentative agreement on a $579 billion infrastructure plan. On the other hand, business data has been excellent for Friday.

Tesla’s shares surged by 5.3% during the session and eventually ended with an increase of 3.5%.

The yield on the benchmark 10-year Treasury note expanded by 1.483% on Thursday.

Biden announced an agreement on the US infrastructure plan

The US president Joe Biden proposed the infrastructure plan on Thursday. However, there is no guarantee that it will receive the approval of congress.

The package involves investments worth 1.2 trillion dollars over eight years. It is lower than Biden’s proposed 2.3 trillion dollars in March. The white house had to reduce the figure due to criticism from the Republicans.

The weekly number of applications for unemployment benefits in the US decreased to 411.000 last week. It is an improvement compared to previous figures; however, it is still below expectations.

Investors are awaiting the results of the stress tests of the country’s central banks, to which they will react today.

The most significant gains were posted by Boeing climbing by 2.87% among the thirty Dow Jones stocks. Caterpillar followed it with a 2.60% increase. Meanwhile, Goldman Sachs added 2.13%, and Walt Disney gained 1.48%.

Gains on Wall Street buoyed the Tokyo stock market. The agreement for an infrastructure plan positively influenced Tokyo investors. However, the gains were limited since the Japanese economy is unlikely to be directly affected by the deal, as the local analysts say.

The iron and steel sector reaped the main increases of the day, along with mining and non-ferrous metals.

Shoichi Arisawa from IwaiCosmo Securities stated that investors in Japan are getting suspicious of US markets taking a pause anytime soon. On the other hand, the investment research department manager worries that Japan’s economic recovery prospects are getting unclear because of the increasing number of coronavirus cases.

Steelmakers, oil and coal developers led the Tokyo Stock Exchange’s 33 sector sub-indexes. On the other hand, technology stocks posted an increase. Tokyo Electron advanced by 0.7%, while Advantest surged by 1.5%, and Fanuc gained 1.66%.

The biggest winner of the session was Mazda Motor, adding 8.7%, followed by Kobe Steel with a 4.8 rise.

As for the biggest loser of the day, Eisai plunged by 3.96, followed by Mitsui OSK Lines dropping by 1.34%.

Kospi hiked in sync with a global stock rally

Seoul stock expanded gains during the day and for the first time, it closed above the psychological barrier of 3,300 integers. The increases were mainly driven by the excellent performance in the financial and technology sectors.

The technological Samsung Electronics, a reference value in the local market, expanded by 0.49%. SK Hynix, the second-largest chip manufacturer in the country, raised by 1.98%.

In a session of the net recovery of the Asian markets, the Chinese markets positively lead the trend. In the end, Shanghai Composite and Shanghai Shenzhen Csi 300 expanded by 1.15% and 1.63%, respectively. Meanwhile, the Shenzhen Composite added 1.11%.

The Hong Kong session was also excellent. The Hang Seng increased by 1.40% or 405.76 points to 29,288.22. The news in the market has been marked by XPeng’s announcement. The electric car maker announced the launch of its Hong Kong public offering. After getting the green light from the regulatory body, it expects its shares to jump no more than about $23.

The Hang Seng China Enterprises Index did even better, increasing by 1.88%.

Australian stocks on the rise supported by banks and mining shares

Australian stocks increased on Friday, supported by banks and mining equities. The benchmark S&P/ASX 200 added 0.5% to settle at 7,308.0.

The mining sector gained 1% on the increase in iron ore prices. BHP Group Ltd experienced a 0.6% gain, while Fortescue Metals Group climbed by 0.8%.

The financial sector posted 0.6% profit. As for the banking companies, they advanced by between 0.2% and 0.9%.

European shares were stable on Friday. The STOXX 600 traded flat in early dealings. Meanwhile, FTSE 100 in the UK increased by 0.21%.

Francesco Sandrini, a strategist at fund manager Amundi, stated that inflation is forecast to increase in the next few months. However, markets are struggling to find confidence, and they are unsure what to do about it.

Eurostoxx 50, Europe’s main blue-chip index for the Eurozone, posted declines at the beginning of the session, currently standing at 4,116.29, which is a loss of 0.15% or 6.35 points today.

Investors keep actively purchasing shares of European companies. They are cheaper than their American counterparts. Also, they work in cyclical sectors that benefit from the removal of the Covid-19 induced lockdowns.

As for the London Stock Exchange Index, it is incredibly close to the levels five years ago. Analysts believe that Brexit has decreased the attractiveness of British companies in the investors’ eyes.

The post Majority of Global stocks settled in green appeared first on FinanceBrokerage.