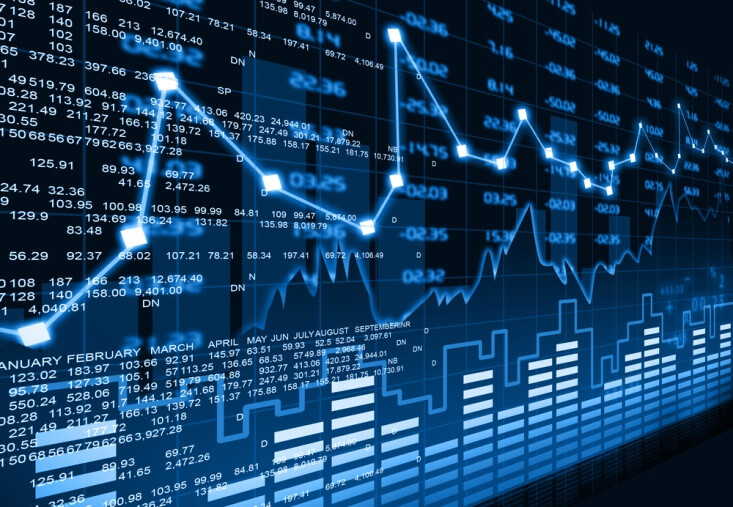 Wall Street closed in the green despite the economic data

US economic data was below expectations

The US economy developed at an annual rate of 6.5% in the second quarter. It reflected the positive impact of the business reopening, vaccinations and government stimulus programs.

However, the figure was far from the expected 8.4%. Moreover, weekly applications for unemployment benefits stood at 400,000 compared to the expected 385,000.

According to experts, the market is relieved after the Federal Reserve decided to maintain its accommodative monetary policy to support the economic recovery. The central bank has no immediate plans to initiate the withdrawal of stimulus.

The Federal Reserve noted that activity and employment in the US continue to strengthen. Still, the sectors most affected by the pandemic have not fully recovered, and the evolution of the economy continues to depend on the course of the virus.

By sectors, basic materials made the most significant advance, adding 1.08%. Meanwhile, the financial sector increased by 1.07%, and energy companies gained 0.93%. The communications fell by 0.91%, and the real estate lost 0.24%.

Only six firms declined. Among them, MSD and Amgen were the biggest losers. MSD slipped by 1.74% and Amgen lost 0.73%.

Paypal sank by 6.23%, and Facebook yielded 4.01% in reaction to their quarterly results.

At the close of the session, investors were pending the figures of the e-commerce giant Amazon. They will react to it tomorrow.

Besides, the Robinhood brokerage app debuted on Wall Street and ended its first day with a loss of 8.37%.

The Nikkei fell suddenly due to Covid-19 worries

The Tokyo market is wary of the spread of new coronavirus infections. Yesterday, Japan set another record for daily COVID-19 cases. Specifically, Tokyo reported 3,865 coronavirus infections on Thursday, an almost double number compared to a week before. And this is happening at the time when the Japanese capital hosts the Olympic Games.

Among the 33 industries on the Tokyo Stock Exchange, only two industries, shipping and rubber products, have risen. The top five sectors with the lowest decline rate were mining, metal products, retail, transportation equipment, and steel.

On the other hand, sectors with the most significant decline rates were pharmaceuticals, information and communications industry, and the construction industry.

The pharmaceutical group Takeda slipped by 1.97%. The Internet giant Gree lost 0.98%, and the video game developer Koei Tecmo dropped by a significant 4.28%.

KOSPI’s uptrend has been dampened

The stock market slump resulted from various adverse events reflecting concerns over an economic recovery despite the rise in the US stock market the day before. It was also burdensome that Amazon, the world’s largest e-commerce company, plunged more than 7% that fell short of market expectations. As a result, Nasdaq 100 futures also fell more than 1%, dampening investor sentiment.

According to analysts, the continued decline of foreign investor sentiment in the domestic stock market also contributed to the drop.

The Hong Kong stock market, which welcomed a strong rebound yesterday, fell sharply again. However, the decline of the three major indexes narrowed in the afternoon. As of the close, the Hang Seng Index fell by 1.35% to 25,961 points.

Consumer stocks were among the top decliners. Haidilao set a new low price, and its market value was less than 160 billion Hong Kong dollars. However, the steel sector resisted the trend and strengthened. Meanwhile, semiconductor stocks, power stocks, and a few auto stocks extended.

Solomon Systech enjoyed a rise of 11.1%. The company announced its net profit doubled for the first half of the year, compared to the same period last year.

European equities are down again

Major European stock markets retreated in early trading on Friday after a negative session in Asia and the unfavourable direction of US futures indexes.

All sector indices were down in early trading, with the Stoxx real estate index losing 0.05%. In contrast, the basic resources sector plunged by 2.39%.

TechnipFMC showed the biggest drop, dropping by 2.06%. On the other hand, EssilorLuxottica surged by 2.53% after raising its financial forecasts for 2021 after having a profitable first half of 2021.

Renault gained 1.15% after returning to profit in the first half.

Also, Fnac Darty gained 2.13%, and Euronext added 3.03% after they reported their results.

Investors will learn the first estimate of July inflation in the eurozone today. They will also find out the GDP estimate for the region in the second quarter.

Another eagerly awaited indicator is the Personal Consumption Expenditures price index in the United States. It is the Federal Reserve’s preferred inflation measure.