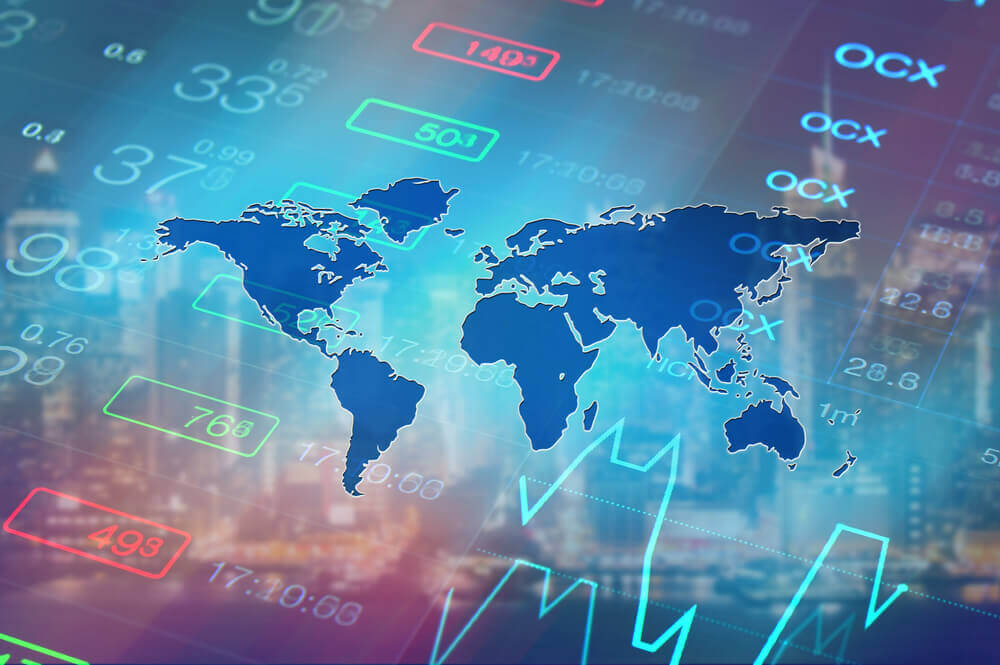 The New York stock market opened on Tuesday after being closed for the Labor Day Holiday on Monday. The market is still chewing the data the USDA announced on Friday regarding the worse than expected unemployment data. As a result, the main indexes on Wall Street ended on the mixed ground.

Only three sectors finished in positive. Communications added 0.45%, non-essential consumer goods gained 0.37%, and technology slightly increased by 0.03%. Meanwhile, industrial and public services sectors were the most affected, both dropping by 1.77%. Also, the real estate slid by 1.13%.

Summer excitement comes to an end

Goldman Sachs reduced its growth forecasts for the US economy this weekend. It expects an increase of 5.7% compared to the previous estimate of 6.2%. The financial company stated that the Delta variant is already weighing on third-quarter growth. The spike in the number of infections has been greater than the firm thought several months ago.

Rich Handler from Jefferies Financial Group Inc. said that the market had been moving by early optimism. However, after the summer, Delta crashed it.

This Thursday, the announcement of the applications for last week’s unemployment benefits is expected.

The trading volume of the first section of the Tokyo Stock Exchange was 1,320.22 million shares. The trading value amounted to 3,672.4 billion yen. By sector, the information/communications industry, pulp/paper, and metal products ranked high in the rate of increase. On the other hand, other products, air transportation, fisheries/agriculture, ranked high in the rate of decline.

The Nikkei was buoyed after the ruling Liberal Democratic Party leader and Japanese Prime Minister Yoshihide Suga said they would not stand for reelection.

The announcement raised good expectations about a change of scene in the government’s policies. Added to this was the hope of a rapid normalization of economic activity as Covid-19 cases reduced.

The Softbank group accumulated the highest volume of operations of the day, advancing by 4.63%. Lasertec followed it and enjoyed the rise of 7.24%. The video game developer and distributor Nintendo held third place. However, the company saw losses of 1.84%.

The Kospi declined due to fears about the tightening of the regulatory framework for the South Korean giants of online services. It lost 0.77% or 24.43 points to 3,162.99.

The words by parliamentarians of the ruling Democratic Party, underlining the privileged position that companies such as the giant Kakao occupy in South Korea, conditioned today’s session.

Lee Kyung-min, a researcher at Daishin Securities, stated that before the impact of regulatory risks, both foreigners and institutions sold many Internet companies today.

After ensuring that the Government will not stand idly by the dominance exercised by companies like Kakao or its rival Naver, both titles collapsed today, dragging the rest of the sector.

Naver closed the day plunging by a remarkable 7.78%. Meanwhile, Kakao’s shares plummeted by 10.06%.

In contrast, Samsung Electronics increased by 0.26%. Sk Hynix, one of the biggest memory chip makers, gained 1.44%.

In the biopharmaceutical sector, Samsung Biologics depreciated by 2%, and its competitor Celltrion yielded 2.15%.

At the same time, Hyundai Motor, the number one vehicle manufacturer in South Korea, increased by 0.24%.

Hang Seng fell despite a good performance of tech stocks

The Hong Kong stock market was volatile on Wednesday. Even though Chinese technology giants had a positive day today, the benchmark index of the Hong Kong Stock Exchange still fell. The Hang Seng shed 0.12% or 32.70 points to 26,320.93. The Hang Seng China Enterprises fell by 0.20%.

The financial sector did not have a successful trading day today. It was the only sub-index registering losses, slipping by 0.58%.

The hotel Galaxy Entertainment posted the most significant increase of the day, surging by 4.96%. It was followed by the Haidilao restaurant chain, adding 4.46%. Meanwhile, the sports textile brand Anta also profited a notable 3.82%.

The machinery manufacturer Techtonic Industries suffered the most significant drop of the day, losing 5.18%. The company was followed by the meat firm WH Group, which shed 4.48%. The sports company Li Ning also experienced a big drop, posting a decline of 4.09%.

The day has not been positive for Chinese telemarketers either. China Mobile fell by 1.61%, and China Unicom dipped by 0.71%.

The volume of the session accounted for 152,196 million Hong Kong dollars.

The main European stock markets dropped at the beginning of the trading day on Wednesday. Before the announcements of several major central banks, risk aversion is already governing the market.

The possibility of slower economic growth, suggested by the jobs report and increasing Covid-19 cases, iweighsinvestor confidence. Meanwhile, there are continuous discussions about ‘tapering’ between central bank officials.