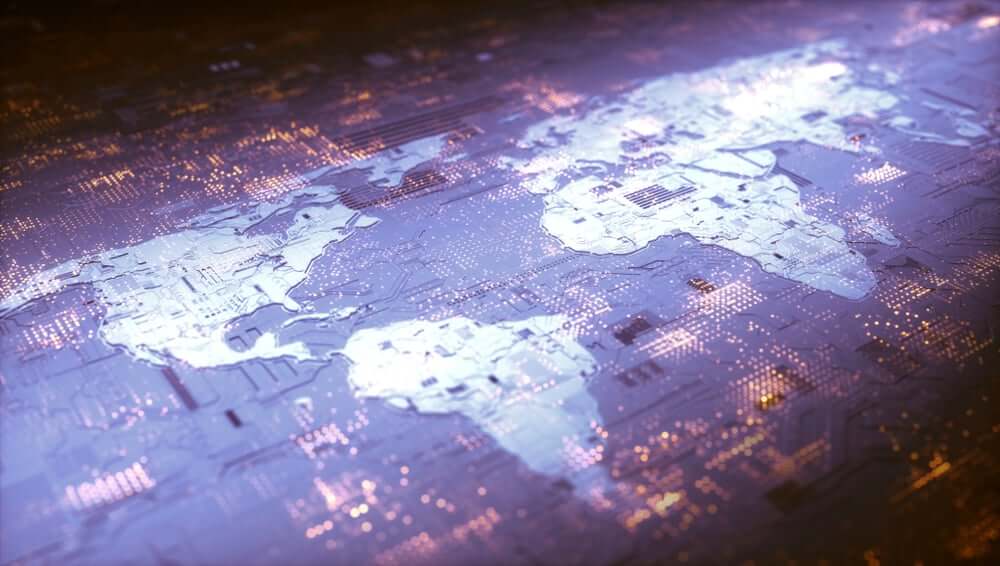 The New York Stock Exchange ended Thursday mixed after a negative day, torn between fear of the Delta variant and better US indicators.

The indices widened their losses during the day, despite a favorable consumer indicator in the United States. They regained most of the losses shortly before closing.

Most sectors ended in the red. The Basic materials sector led the losses, dropping by 1.09%. Meanwhile, the energy sector shed 1.06%. Non-essential goods companies were the most benefited, adding 0.44%.

Goldman Sachs was the biggest loser among the 30 companies listed on the Dow Jones. The company lost 1.36%. At the same time, Dow Inc stood out with a decline of 1.21%.

As for the few companies, which registered profits, Salesforce hiked by 1.63%, and Mcdonald’s increased by 0.86%.

US retail sales data was better than expected

Retail sales in the US increased by 0.7% compared to the previous month, despite the drop in coronavirus cases.

Besides, the number of applications for unemployment benefits rose last week to 332,000. Analysts believe their rise again at the beginning of September is mainly because of a catching up of unfulfilled registrations at the end of August because of Hurricane Ida.

Analysts stated that September is usually a lazy month on Wall Street. Bearing this in mind, the market is already seeing the slowdown after seven months of rises that have brought the main indicators to all-time highs.

Moderna rose 1.42% after advocating the use of booster doses of its COVID-19 vaccine, based on new data on its apparent decline in efficacy over time.

The Nikkei rebounded for the first time in 3 days

The weakness of the yen encouraged the Tokyo Stock Market today since it benefits Japanese exporters.

At the beginning of this week, the Tokyo stock market reached its best level in 31 years. Such an impressive rise in the Nikkei was due to the expectations of new economic stimuli after the announced departure of Japanese Prime Minister Yoshihide Suga.

This Friday, an advance on New York Nasdaq index also drove the gains. It spread optimism in the Japanese technology sector.

The tech giant Softbank closed with a gain of 1.81%. Meanwhile, the Japanese automotive leader Toyota Motor rose by 0.80%.

In the technology sector, Lasertec advanced the most, climbing by 2.16%. Tokyo Electron added 1.24%, and the sensor producer Keyence increased by 0.71%.

The Kospi rebounded in just one day

Researchers noted that the Dollar rose due to the depreciation of the yuan, which stimulated foreign supply and demand anxiety.

It also caused the volatility of the won/dollar exchange rate, and the Kospi fell immediately after opening.

By industry, pharmaceuticals, electricity/electronics, and medical precision were strong. Textiles and apparel companies lost 1.30%, paper and wood yielded 1.01%, and transportation equipment declined by 1.01%.

In the Kosdaq market, foreigners showed a buying advantage of 85.6 billion won. Meanwhile, institutions and individuals sold a net worth of 28.6 billion won and 55 billion won, respectively.

At the same time, the Hang Seng China Enterprises added 1.53%.

Technological and digital companies generally had a good day. Wuxi Biologics led the increase by advancing by 5.76%. Meanwhile, the Meituan food delivery platform enjoyed a rise of 3.52%. Tencent and Alibaba climbed by 2.39% and 2.24%, respectively.

Ali Health was among the companies which experienced the highest percentage of losses this week. Today, it went to the opposite extreme and led the gains, surging by 8.88%.

The main European stock markets advanced sharply on Friday, supported by the tourism and leisure sector, despite the decline in mining companies.

European indices had already finished in the green Thursday. They were supported by the progress in air transport.

Sweden’s Dometic DOMETIC.ST jumped by 4.55% after its takeover bid on Igloo.