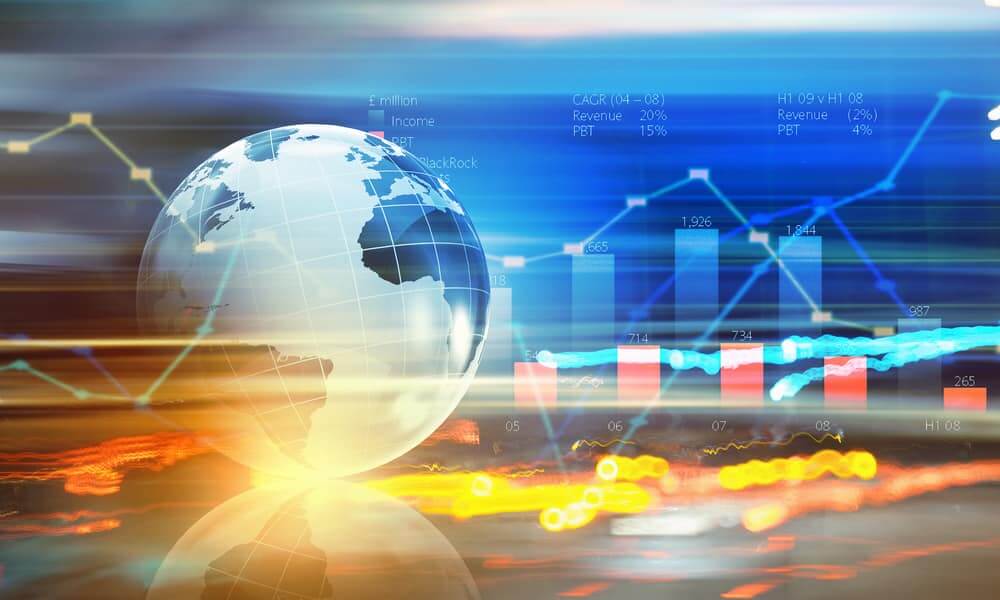 The Dow Jones advanced by 0.37%, 131.29 points, to 35,443.82. Last week’s new jobless claims numbers encouraged investors. It was better than expected. According to the Bureau of Labor Statistics, the requests for unemployment benefits stood at 355,000. In contrast, the last week’s number was 366,750.

Weekly claims for unemployment benefits extended to a record 6.8 million at the end of March 2020. Since then, it has declined with ups and downs as the economy has gradually returned to activity.

The unemployment rate in the United States fell five-tenths to 5.4% in July, the lowest level since March 2020.

Today, the US government will report the unemployment rate in August.

Time to bid in risky assets

Bill Papadakis, an economist from the Lombard Odier firm, believes it is a good time to bet on risky assets. Jobless claims are reaching a low level in the pandemic due to the strong recovery. There is optimism in the market now about the full job outlook.

As for the sectors, energy was the most favored on Thursday, gaining 2.53%. Besides, the health sector increased by 1.08%, and the industrial sector added 1.01%. In contrast, three sub-indexes closed with losses. The communications and non-essential goods sectors slid by 0,7% each. Also, the technology sector dropped by 0.05%.

Among the 30 leading companies listed on the Dow Jones, Walgreens saw the biggest increase surging by 2.96%. Meanwhile, Chevron advanced by 2.09%, and Caterpillar added 1.84%. Visa dropped the most, shedding 2,58%. Salesforce dropped by 1.55%, and American Express lost 1.45%.

The Nikkei Stock Average rose sharply, recovering to the 29,000 yen level for the first time in about two months.

The Tokyo stock market opened higher after the Wall Street rise. Particularly, an increase in the crude oil futures prices in the United States encouraged the Japanese energy sector.

Moreover, in the second part of the session, the stock market was further boosted by the Prime Minister’s announcement. Yoshihide Suga declared his decision not to run for re-election as leader of his party.

After being reported, buy orders were placed on a wide range of stocks, and the price rose rapidly. At one point, the rate of increase exceeded 600 yen. In addition, the closing price was 29,128 yen, or 2.05%, adding 584.60 points, which was the highest rate in about two and a half months.

Investors were optimistic about the prospects for change. They hope that a new government will implement new economic measures to alleviate the prolonged impact of the covid-19 pandemic.

The market officials said that next week, attention will be focused on the new economic measures launched by the presidential candidate and the response to the new coronavirus.

Meanwhile, the steel company JFE Holdings registered the highest advance on the Nikkei, surging by 6.48%. The technology company Hitachi followed it with a rise of 4.77%.

Kospi edged up due to foreign buying

The South Korean stock market opened in the green today on the news that the US unemployment indicator has improved significantly. The Kospi successfully recaptured the 3200 level and closed the market.

As the Kosdaq also rose to the 1050 level and continued the uptrend for 10 consecutive days.

However, part of the South Korean market, chose to save positions ahead of the publication of the employment data in the US.

Most of the main shares ​​of the Kospi advanced today.

Naver, the most popular search engine operator in the country, climbed by 2.26%. Kakao enjoyed a rise of 0.97%.

In the biopharmaceutical sector, Samsung Biologics improved by 0.32%, but its competitor Celltrion fell by 1.74%.

Hyundai Motor, the largest car manufacturer in the Asian country, expanded by 1.42%.

In addition, Cheil Worldwide recorded an upward trend on expectations for a good performance in the third quarter.

The pharmaceutical sector was the strongest in the securities market. Meanwhile, the banking sector experienced the biggest correction by more than 1%.

The Estate sub-index was the only one that managed to close in the green. However, its advance has been minimum, only adding 0.03%. The rest of the sectors suffered losses. The Commerce and Industry slipped by 1.18%, Finance shed 0.18%, and Services yielded 0.94%.

Meanwhile, Chinese state oil companies registered a good performance. CPCC climbed by 3.16%, and it was the share that rose the most in the session. Petrochina advanced by 2.33%.

The business volume of the session was 172,099 million Hong Kong dollars.

China announced the establishment of the Beijing Stock Exchange

Chinese President Xi Jinping announced the Beijing Stock Exchange would be established to build a position for start-ups. The exchange has become the third-largest exchange after China’s Shanghai and Shenzhen stock exchanges. Chinese small and medium-sized enterprises face a slower recovery after the epidemic, and the US-China confrontation heats up. So, the risk of bankruptcy has repeatedly increased, and the Beijing Stock Exchange will provide funds immediately.

China has already announced that it will establish a new stock exchange to attract overseas-listed companies to return and consolidate its position in the global stock market.

Renewed caution in Europe ahead of US employment

The main European stock markets started the day with slight losses. Investors remain on their guard before the new economic indicators. The market highly anticipates an official report on employment for August in the US.