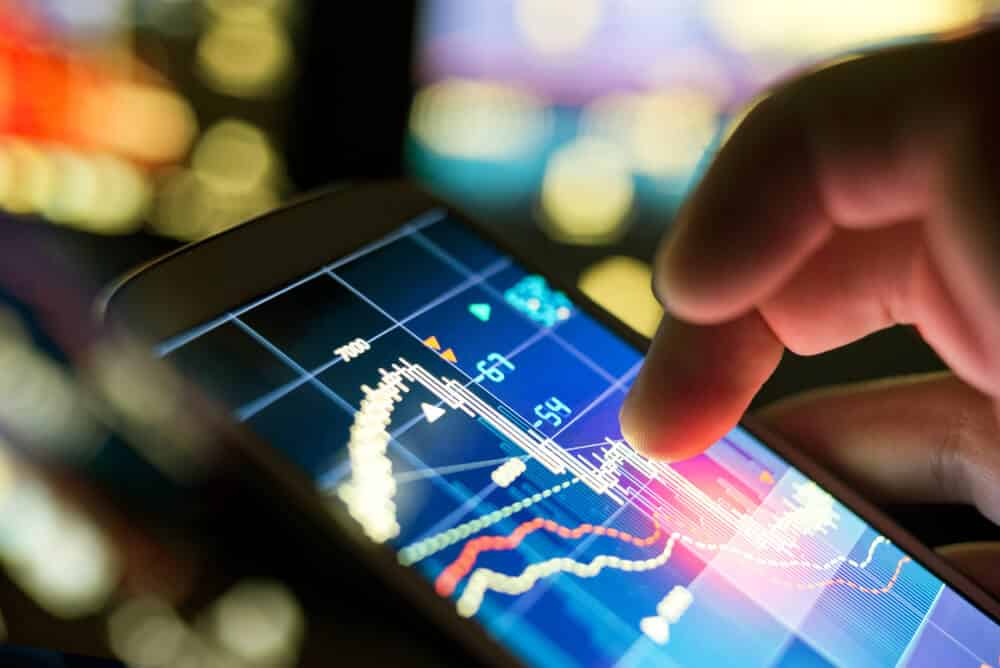 Wall Street Closed in Green, and the S&P 500 Reached a Record

Wall Street closed operations this Monday with a record of the S&P 500. The main indices also closed higher thanks to the advances of Apple and health-related companies.

Ten of the 11 S&P sectors rose, with the S&P 500 index setting a high closing record.

The rise in the Delta variant cases, signs of a slow economic rebound, and deep regulatory scrutiny in China are weighing on the global technology sector.

Last Friday, the weekly average of Covid-19 cases reached almost 72,800. It’s more than the last summer’s record when there were no authorized vaccines.

Those numbers dropped slightly since then, and the country has already reached, almost a month late, the goal of 70% of adults fully vaccinated.

At the other extreme, Walt Disney experienced the most critical fall, yielding 1.49%. Also, McDonald’s slipped by 1.34%.

Outside of that group, Robinhood soared more than 24% today, following a sluggish debut on Thursday.

Stocks on Wall Street and European listed game companies fell after a sharp sell-off in Chinese video games and the social media group Tencent, fueled by fears that the sector could be next in the sights of regulators.

Tokyo falls 0.21% due to the pandemic

The Tokyo Stock Exchange declined on Wednesday due to the persistent volume of coronavirus cases in Japan. On the other hand, Toyota’s results forecasts showed no change, disappointing many investors. The world’s largest car manufacturer’s shares dropped by 0.08% today.

The growing spread of the Delta variant in Asia weighed on the Japanese market today.

Among the assets with the greatest weight, the technology giant Sony lost today a remarkable 3.23% at the close. It happened just before presenting a results sheet that showed a slowdown in its growth due to the fall in the sale of its video games.

The textile giant Fast Retailing, an owner of the clothing chain Uniqlo, added 0.71%.

Meanwhile, Nintendo reduced its value by 2.13%. The trading volume of the session was 2,438 trillion yen.

Foreign and institutional investors were net buyers today. The rise on Wall Street on Tuesday provided an optimal scenario for investment from the start. For the third day, the tech heavyweights attracted the main purchases again.

The largest internet search engine Naver increased by 1.17%. At the same time, Kakao, the most popular messaging application operator, grew by 3.82%.

In the biopharmaceutical sector, Samsung Biologics slipped by 0.66%. However, its competitor Celltrion climbed by 1.7%. Meanwhile, Hyundai Motor improved its price by 0.67%.

The three major indexes of Hong Kong stocks shot up in the morning. However, they fluctuated in the afternoon. As of the close, the Hang Seng Index settled with a rise of 0.88% to 26,426 points. The Hang Seng China Enterprises added 1.06% to 9,419 points. Meanwhile, the Hang Seng Technology Index expanded by 2.43% to 6,859 points.

Most of the large technology and Internet stocks recovered. Xiaomi climbed by 3.67%. Meanwhile, Tencent rose by 2.42% and lost nearly 2% in early trading. Meituan and JD.com added more than 1%, and Kuaishou shed 2.5%.

BYD shares soared more than 8%. As for the mobile game stocks, that saw sharp falls yesterday, and also rebounded significantly.

In contrast, equities affected by the pandemic, such as casino, catering, aviation, and travel shares, experienced losses today.

European indices on highs for the third day in a row

The main European stock markets moved to highs Wednesday early in the morning. The strong season of quarterly results continues to carry the equity markets despite fears about the development of the pandemic.

The STOXX 600 index advanced by 0.5%, extending its record-setting run to the third day. The travel and leisure sector and automakers posted the biggest gain. Tech stocks recovered from yesterday’s losses.

Commerzbank lunged by 4.89% after posting a net loss of 527 million euros in the second quarter.

Moreover, investors remain very attentive to the evolution of the pandemic. They are awaiting the PMI and ISM data in Europe and the United States for the services sector.

Another eagerly awaited statistic is the publication of the ADP report on job creation in July in the United States.