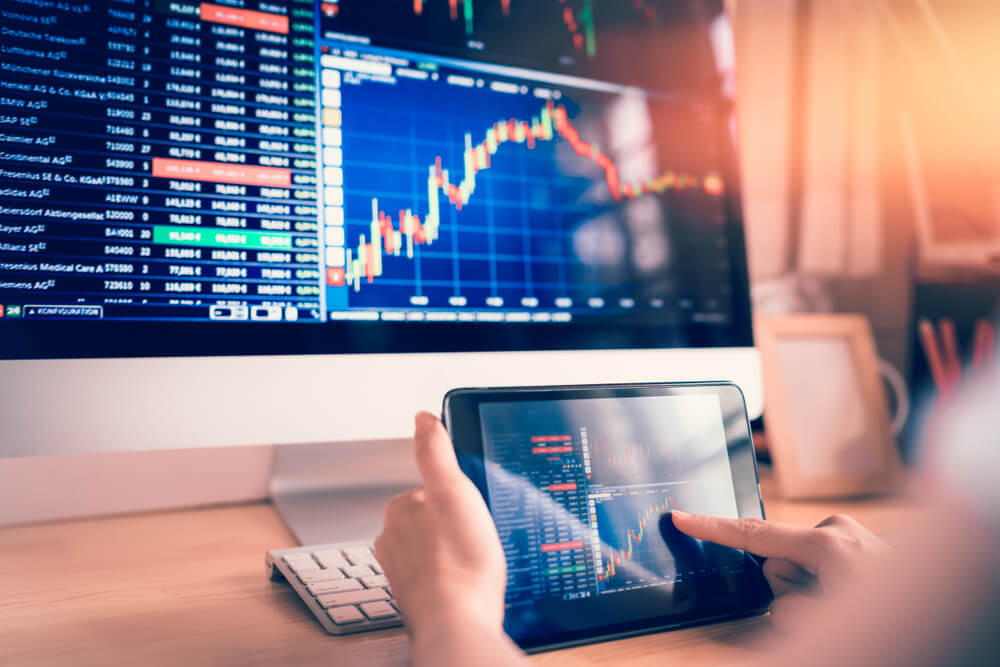 On Monday, European stocks were trading marginally higher, reflecting broadly positive trade in global markets overnight. Notably, the pan-European Stoxx 600 index was trading 0.1% higher with most sectors in positive territory apart from banks, insurance, healthcare, telecoms, travel and leisure. As a reminder, U.K. markets are closed for a public holiday.

A positive start to the trading week in the days of the month reflects sentiment elsewhere, with U.S. stock futures steady in overnight trading on Sunday. Stocks in Asia-Pacific mostly strengthened their positions on Monday.

It is expected that U.S. stocks could remain range-bound until the release of August’s jobs report on Friday. The S&P 500, as well as the Nasdaq Composite, closed at all-time highs on Friday. Fed Chair Jerome Powell’s speech helped to improve market sentiment.

Stocks in Asia-Pacific mostly strengthened their positions, with Australian stocks recovering from an earlier drop as Covid cases in the country spike.

Investors in Asia-Pacific are waiting for the earnings report of Chinese food delivery giant Meituan. Hong Kong-listed shares of the company rose 1.51% ahead of the earnings release. Shares of tech giants were mixed: Tencent dropped 0.13% while Alibaba rose 1.48%. The Hang Seng Tech index gained 1.09% to 6,391.17.

In other Chinese tech developments, China is reportedly is looking at new rules that would restrict domestic firms from going public in the U.S. Regulators in China are specifically targeting tech firms with user-related data.

The Securities and Exchange Commission tightened its control of the local companies seeking U.S. initial public offerings. The regulator will require additional disclosures about the company structure as well as any risk of future actions of the Chinese government.