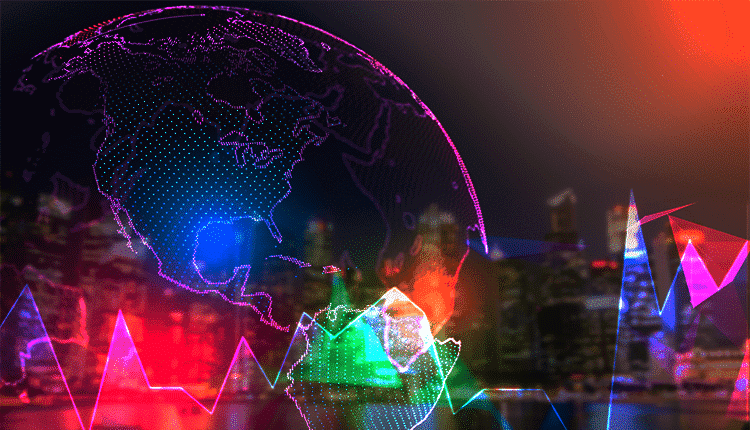 Wall Street returned to records last Friday because of the optimism generated by the approval of two vaccines in the US. At the same time, Jerome Powell, the president of the Federal Reserve, has announced the beginning of stimulus withdrawal.

Last week has been confusing for investors. However, Powell’s speech satisfied the markets.

The Fed Starts Talking about Tapering

Powell stated in his long-awaited speech in Jackson Hole that the central bank would start tapering by the end of this year.

Due to the strength of the economic recovery, the head of the US central bank said that it is no longer necessary to keep the extraordinary monetary stimulus put in place to balance the impact of the Covid-19 pandemic. However, investors are reassured now since there is still a long way to the rise in interest rates.

As for the inflation figures, it stood at 5.4% in July, the highest level in ten years. Powell mentioned that it is a cause for concern, but several factors moderate it, particularly, ones that suggest these elevated data are likely to prove temporary.

This week, the unemployment rate will be published for August in the US. Stocks will be waiting for several relevant macroeconomic indicators this week. On Wednesday, investors’ focus will be on the final number for this month’s manufacturing PMI.

Nikkei was Supported by an Advance in Asian Stocks

Buy orders were placed in a wide range following the Wall Street rise. Following the Powell Speech, the Japanese market rose by 1% in the first 30 minutes of the session.

In addition, the increase in value in major Asian markets such as Shanghai and Hong Kong also contributed to the support for stock prices.

Concern about the number of Covid-19 cases in Japan in recent weeks and its potential impact on the recovery of the national economy also played a role. Meanwhile, there are rumors about a possible extension of the state of emergency in the country.

The Nippon Steel company was the biggest winner among the firms listed on the Nikkei. It surged by 5.26%. The non-ferrous metals manufacturer Dowa Holdings followed it by a 5.25% advance. Meanwhile, the transport company Mitsui OSK gained 5.1% and was second by volume of operations.

Nippon Yusen accumulated the highest number of transactions of the day and climbed by 2.75%. Toyota advanced by 0.78% and Sony added a slight 0.04%. At the same time, Nintendo, the video game developer, and distributor gained 1.39%.

The Kospi Advanced on the Second Day in a Row

The Kospi index continued its upward trend after starting at 3160.8.

As for Hyundai Motor, the largest South Korean car manufacturer improved its value by 0.72%.

Hang Seng Closed in the Green After 3 Days of Losses

Among the sub-indices, only Commerce and Industry grew, increasing by 1.55%. However, it was sufficient to counterbalance the falls in Real Estate, Finance, and Services sectors.

Tencent, a heavyweight stock in the Hang Seng, slipped by 0.1%.

Real estate developer Longfor Group shed 3% and was the biggest loser of the session. China Resources Land and Hang Lung Properties slumped by 1.2% and 1.4% each and were among the weaker five.

In the morning trading session, Stoxx 600 traded flat, but it was on course to end this month with a more than 2% increase. This way, it will mark its seventh straight month of gains, the longest winning streak over eight years.

Uk markets were closed due to a holiday. At the same time, Germany’s DAX was trading with an increase of around 0.1% in morning trading.

Automakers, technology, and retail companies were among the top gainers today.

A study proved that people who get the Delta variant are twice as likely to be hospitalized as those infected by the Alpha variant.

However, the European Central Bank seems optimistic. It expects the more contagious variant to have a limited impact on the eurozone economy due to an advanced vaccination campaign.