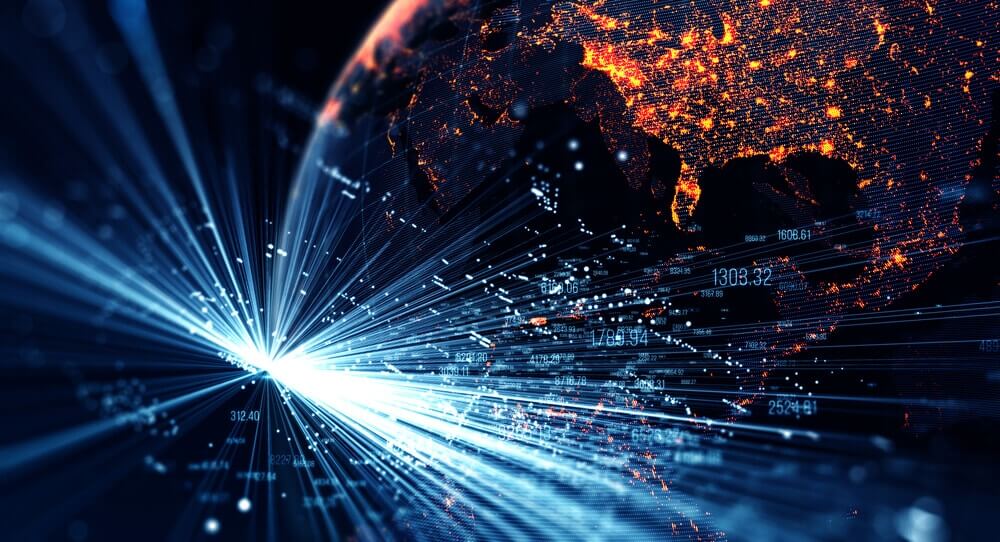 The New York stock market now has its eyes set on the financial data of Apple, Alphabet and Microsoft.

The earnings season has been generally good, reflecting the recovery. However, during the Covid-19 pandemic, supply problems and inflation have been causing a lot of concern.

Furthermore, the US market suffered some volatility after the sharp falls in the Hong Kong stock market. It has dragged down other stock markets in Asia and Europe.

According to analysts, the tightening of Beijing’s campaign against technology companies has caused investors to dump their positions to avoid risks.

By sectors, non-essential goods experienced the biggest decrease of 1.16%. Meanwhile, the communications sector dropped by 1.06%, and technology lost 1.01%.

The market is also awaiting the Fed monetary policy meeting that ends tomorrow. It will give clues about inflation and the possible withdrawal of stimulus.

On the other hand, the International Monetary Fund improved its growth forecast for the US. At the same time, it warned about the risks of inflation and the increase in cases of the delta variant.

On Tuesday, Microsoft announced historical business results. For the first time, it exceeded 60,000 million dollars in annual net profits. This growth was attributed to the continued growth of its intelligent cloud service, Azure, and its capacity for innovation and adaptation to the market.

Nikkei slumped due to the record number in Covid-19 cases

The Tokyo stock exchange posted losses on Wednesday after the Japanese capital reported a record number of coronavirus cases.

The Tokyo Metropolitan Government reported 2,848 new cases of Covid-19 on Tuesday, which is the highest number to date. It surpassed the number of cases the country reached in January 2020, going through the second wave of infections.

The Japanese government ruled out the possibility that the increase in infections could lead to the cancellation of the Olympic Games held these days in the Japanese capital. However, the Nikkei moved in the red all day.

The metal products sector, the information and communications sector and the services sector led the losses today.

The operator of the culinary website Cookpad slipped by 2.4%, and the country’s largest telephone operator, NTT dropped by 0.33%.

The trading volume amounted to 1,037 trillion yen, a decrease from 1,997 trillion registered the day before.

The Seoul Stock Exchange advanced slightly today in a volatile session. The expectations of good business results were offset by the doubts generated by China’s reforms for its tech sector.

Institutional sales counterbalanced the appetite of foreign investors during the session today. The selective moved between positive and negative territory.

The negative closure on Tuesday in Hong Kong weighed again in Seoul.

LG Display gained 1.78%, and Samsung Electronics increased by 0,89%, presenting their balance for April-June on Thursday.

In the biopharmaceutical sector, Samsung Biologics dropped by 0.22%, and its competitor Celltrion lost 0.76%.

The Hang Seng rebounded today after the collapse among tech stocks yesterday.

Digital giants, which suffered from Beijing’s campaign against the tech sector, settled with gains.

The technology services company Wuxi Biologics surged by 10.38%. However, the Haidilao restaurant chain did not replicate this trend and dropped by 1.13%. It has already lost almost a third of its market value.

In real estate, CG Services, the company that lost the most yesterday, posted an 18.23% advance today. Meanwhile, China Resources Land slipped by 5.03%.

Among Chinese state securities, the session was favourable for the oil company Petrochina which added 1.54%. However, the day did not go well for telephone operators such as China Unicom, which dropped by 1.44%.

The business volume of the session amounted to 281,310 million Hong Kong dollars.

European Markets are in the Green

The main European markets are trading in positive territory, with the technology sector in the spotlight.

The tourism and leisure sector increased by 0.89%, and the retail sector enjoyed an increase of 0.75%.

Despite the seemingly optimistic sentiment, investors also remain on the lookout for Asia. They became torn between the optimism of economic recovery and fears of regulatory pressure in China in the tech sector and Covid-19 developments. The US Federal Reserve meeting is also on the focus.

The chemical sector registered a drop of 0.52%. The media and telecommunications sectors also declined, yielding 0.11% and 0.07%, respectively.