Workhorse: Can New CEO Trigger a Turnaround? Analyst Weighs In 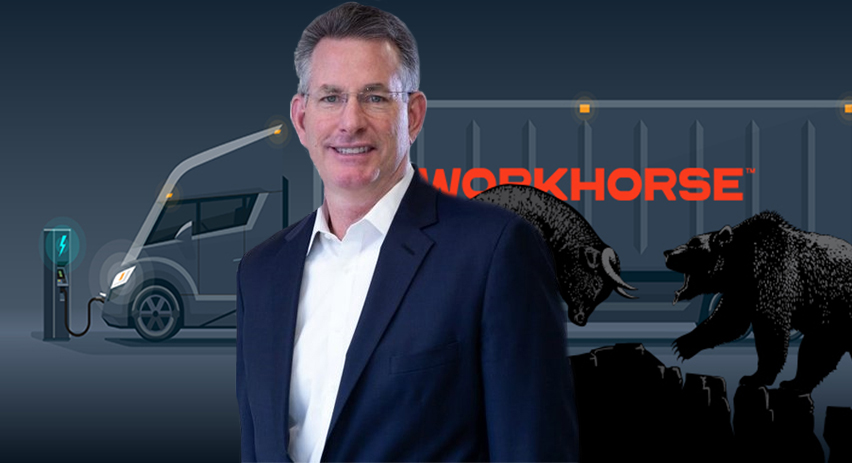 2021 has provided several headwinds for Workhorse (WKHS). For one, the electric-truck maker lost what appeared to be the stock’s most bullish driver – a USPS contract to renew the postal service’s aging delivery truck fleet; after a drawn out process, the contract was awarded to Oshkosh. Then, constrained by supply chain issues which have been a curse to many this year, the company lowered its full-year 2021 production guidance from 1,800 vehicles to 1,000 vehicles. The stock’s action has reflected the real-world issues; shares are down by 43% year-to-date.

Last week, the company said it is also taking the revised guidance off the table. Although that might not necessary be a bearish sign.

The reason for pulling the forecast is down to the new appointment of Rick Dauch as CEO and is so the new man at the helm could have some time to assess the best path forward for the ailing company. Dauch will take hold of the reins at the start of the week and brings with him considerable experience. His most recent role was as CEO of Delphi Technologies where he executed a merger with BorgWarner in October 2020, following the completion of a successful spin-off from Aptiv.

“In our view,” said B. Riley’s Christopher Souther, “Dauch’s experience with turnarounds within the auto industry makes him a nice fit for Workhorse as it looks to ramp production.”

And there lies the rub; The key for a successful kick off to Dauch’s tenure will be “the processes Dauch puts in place to achieve Workhorse’s first meaningful ramp.” These will obviously impact both the company and the stock. Investors will be able to hear his thoughts on the matter during Workhorse’s second quarter conference call on August 9. Dauch’s comments regrading how long it will take Workhorse to start producing vehicles “at a meaningful rate” will be vital for the story, says Souther.

“Given the number of new electric commercial vehicle launches expected from large established OEMs and other new entrants over the next 2-3 years, the first mover advantage makes a successful ramp in 2H21 key to our Buy thesis,” the 5-star analyst summed up.

That Buy rating is backed by a $16 price target, implying shares will gain 43% in the year ahead. (To watch Souther’s track record, click here)

The Street’s average price target is a more modest $13.25, indicating ~18% upside potential over the next 12 months. Overall, the stock’s Moderate Buy consensus rating is based on 2 Buys vs. 4 Holds. (See WKHS stock analysis on TipRanks)