Why Did PayPal Lose 7% of Its Value? 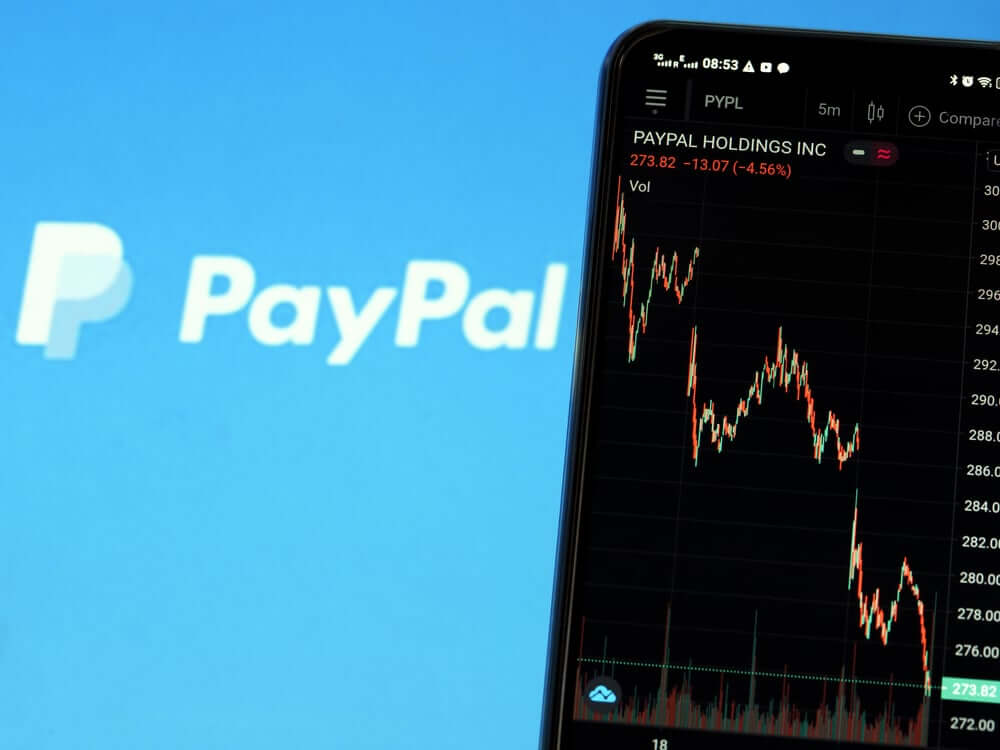 Why Did PayPal Lose 7% of Its Value?

Following the release of the company’s Q3 results, shares of PayPal (NASDAQ: PYPL) are down around 7% in pre-open Friday trade.

Following the release of the company’s Q3 results, shares of PayPal (NASDAQ: PYPL) are now down approximately 7%. PayPal surpassed the average estimate of $0.96 EPS on $6.82 billion in revenue by reporting EPS of $1.08 on $6.85 billion in revenue. TPV, or total payment volume, climbed by over 9% to $336.97 billion. Additionally, the business stated that it had 432 million active accounts, which is only under the expectation of 433.2 million. Compared to the consensus estimate of 19.8%, the adjusted operating margin was 22%.

But the weaker-than-expected Q4 outlook hurt shares. According to PayPal, it anticipates reporting adjusted EPS in the $1.18 to $1.20 range on sales of $7.38 billion. On revenues of $7.73 billion, analysts predicted a $1.18 EPS for the fourth quarter.

PayPal lowered its revenue forecast for the entire year due to the fourth quarter’s weaker-than-expected outlook. The updated prediction is for sales of $27.5 billion, less than the $27.81 billion consensus and down from the preceding $27.85 billion. Positively, the FY EPS prediction is improved from $3.92 to $4.08 (the midpoint) and beats the $3.93 expectation.

Despite the reduction in the forecast, Morgan Stanley analysts are still bullish on PYPL. According to them, the business executes well under the situations it can manage.

The post Why Did PayPal Lose 7% of Its Value? appeared first on FinanceBrokerage.