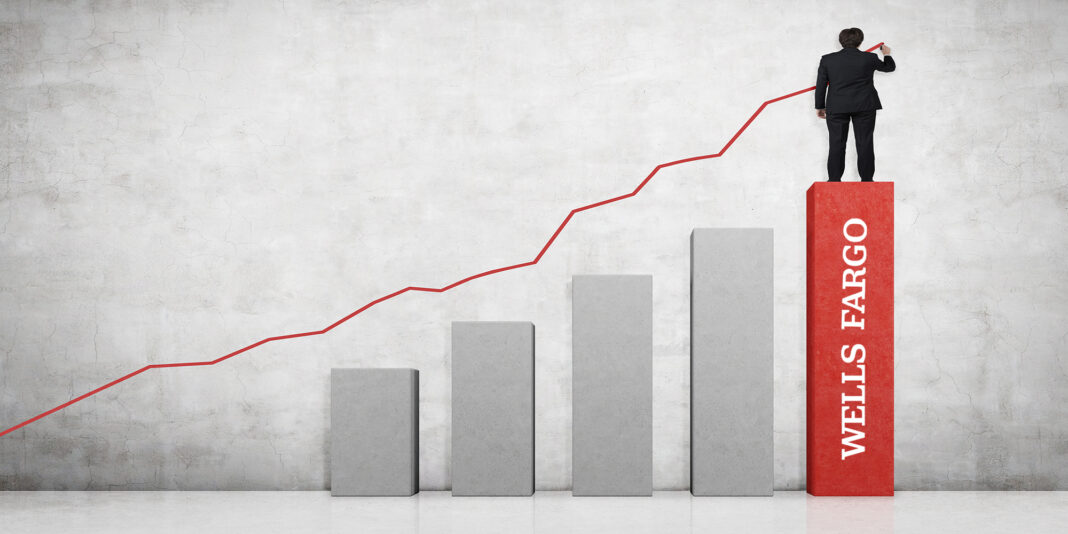 We’re heading into the final stretch of 2021, the annus horribilus of 2020 is firmly in the rear-view mirror, and we can see the checkered flag up ahead. It’s a fine sight, made better because, like any checkered flag, it comes with prizes behind it.

In this case, those prizes come in the form of earnings boosts and stock appreciation. In a note on the months ahead, Wells Fargo senior equity analyst Christopher Harvey writes: “In the final four months of this year, we expect EPS revisions to help push equities higher. The SPX has experienced 2021 EPS revisions of 21% YTD (+7.7% per quarter) and the trend shows no sign of abating.”

It’s an optimistic picture, and Harvey’s colleagues among the Wells Fargo stock analysts have been busy picking out the equities they see benefitting from a possible rally. We’ve used the TipRanks platform to look up three of those Wells Fargo picks. These are Strong Buy stocks with solid upside potential. We are talking returns of at least 40% over the next 12 months.

First up is Victoria’s Secret, one of the best-known names in lingerie. Victoria’s Secret was a subsidiary of L Brands, but was spun off as an independent company this summer, and the VSCO ticker started trading on August 3 of this year.

Victoria’s Secret has gained some notoriety this year, as it made a radical change in its marketing strategy. The company has set aside its famous ‘angels,’ and turned to soccer star Megan Rapinoe as a spokesperson. The move prompted a round of ridicule on social media, but early results bode well for the lingerie maker.

The 2Q21 report, the first as an independent company, showed an EPS of $1.71, beating the $1.59 estimate by 7.5%. At the top line, revenue came in at $1.61 billion. Compared to pre-pandemic levels, the Q2 sales numbers are down by 9.6% from 2Q19, due mainly to the closure of 240 stores. The closures, however, offer long-term benefits in streamlining the business and improving efficiency. Comp store sales improved by 16% since 2Q19.

Analyst Ike Boruchow covers this old company/new stock for Wells Fargo, and sees plenty of potential for the company in coming months.

These comments back up Boruchow’s Overweight (i.e. Buy) rating on VSCO shares. His $100 price target implies a robust upside of ~51% in the next 12 months. (To watch Boruchow’s track record, click here)

For the most part, Wall Street agrees with the Wells Fargo outlook here. VSCO has picked up 11 reviews in its short time trading publicly, and they break down to a 9 to 2 split in favor of Buy over Hold. The stock has an average price target of $88.45, indicating ~33% upside from the $66.30 current trading price. (See VSCO stock analysis on TipRanks)

For the next stock, we’ll shift our focus to the broadcast industry. ViacomCBS is the daughter of the 2019 merger agreement between Viacom and CBS, and the joint entity controls the extensive content libraries of both parents, including CBS Entertainment Group and Paramount Pictures. Drilling down, VIAC owns MTV, BET, and Comedy Central, as well as the popular Star Trek franchise. The company’s library has attracted over 42 million global streaming subscribers.

The big news for ViacomCBS this year, however, was the stock collapse back in March. An ill-timed public offering triggered a fall prices, and an unfortunately contemporaneous selloff by a major hedge fund accelerated that slide. VIAC shares lost more than half of their peak value, and remain depressed today.

At the same time, the company’s recent quarterly performance shows that the underlying business is sound. The 2Q21 report, in addition to showing over 42 million streaming subscribers globally, also showed a 92% year-over-year increase in global streaming revenue. Total revenue was $6.56 billion, up a more modest 4.4% yoy – while the net earnings per share doubled from 2Q20, to $1.78.

These sound financial results supported a reliable dividend, which at 24 cents per common share annualizes to 96 cents and gives an above-average yield of 2.37%. The declared dividend is the eighth in a row at the current level.

ViacomCBS’s success in adding subscribers and growing revenues and earnings reflect the basic fact that streaming is popular – and that the company has a huge library of tested content. This is noted also by Wells Fargo analyst Steven Cahall.

“VIAC’s streaming efforts are bearing fruit and have impressed us, so we move from historical bears to constructive bulls… A stronger balance sheet and unique mix of content (e.g., sports, reality, film, originals), combined with a strong start to Paramount+, underly our confidence in the story. Like peers, success in streaming comes at the expense of the traditional business, so our valuations framework reduces the “core” value, but it’s being more than offset by the streaming successes. We also believe VIAC to be one of the better takeout candidates in Media given its studio size, library, and streaming positioning,” Cahall wrote.

To this end, Cahall rates VIAC shares an Overweight (i.e. Buy), and sets a $60 price target that suggests a one-year upside of ~45%. (To watch Cahall’s track record, click here)

So, that’s Wells Fargo’s view, let’s turn our attention now to rest of the Street: VIAC’s 6 Buys and 2 Holds coalesce into a Strong Buy consensus rating. Going by the $62.75 average price target, shares are anticipated to be changing hands at ~51% premium over the next 12 months. (See VIAC stock analysis on TipRanks)

The last Wells Fargo pick we’re looking at is Shift Technologies, a company that brings an e-commerce shopping model to the world of second-hand automobiles. The company has an online shopping platform and offers a hassle-free sales model based on end-to-end service, designed to personalize the customer’s experience, even down to test drives and home delivery. Shift connects car buyers and sellers, and boasts it has facilitated over 75,000 it total so far.

Shift went public through a SPAC merger in October of last year, and realized over $340 million in new capital from the transaction. Since then, the company has released three quarterly earnings reports, and shown steadily increasing revenues. In the most recent report, for 2Q21, revenue came in at $154.8 million, up 46% sequentially. Total gross profit was reported at $16.3 million, up more than 350% year-over-year, but EPS showed a loss of 41 cents per share. The EPS loss was a bit moderated from the 55-cent loss reported in Q1, and was slightly less severe than the 43 cents expected. These results came are based on a 240% yoy increase in units sold for the quarter.

Looking forward, the company raised its 2021 full year revenue guidance to the range of $575 million to $595 million. At the midpoint, this represents a tripling in revenue year-over-year.

5-star analyst Zachary Fadem, in his coverage for Well Fargo, sees Shift on a runway for a share price rally. He says of the recent quarterly report: “In an external environment featuring robust used vehicle demand, unprecedented price increases, and an accelerating share shift online, SFT’s Q2 bonanza shouldn’t come as a total surprise… Execution has been strong in a dynamic environment. SFT is setting reasonable/achievable expectations. And the company’s hyper-regional model with inhouse reconditioning and heavy customer sourcing is working.”

Getting to the bottom line, Fadem adds, “SFT is a high growth online platform with potential to disrupt and gain share in the large ($840B+) and highly fragmented used auto market via its differentiated, regional model, test-drive capabilities, and focus on value.”

These comments support the analyst’s Overweight (i.e. Buy) rating, and his $14 price target implies an impressive upside of 88% on the one-year time frame. (To watch Fadem’s track record, click here)

Overall, Wall Street agrees that this stock is a buying proposition. There are 5 recent reviews, and they are all positive, making the Strong Buy consensus unanimous. The stock is priced at $7.44 and has a $14 average target, matching Fadem’s above for an 88% one-year upside potential. (See SFT stock analysis on TipRanks)