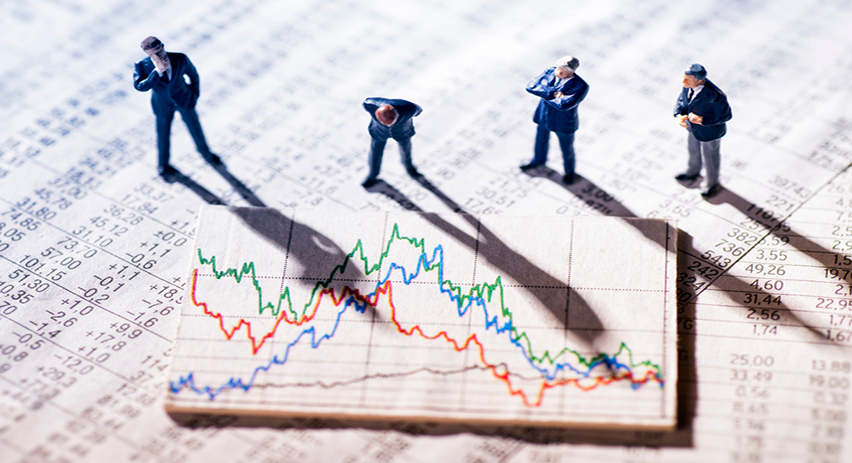 We’ve all heard the market cliché to buy low and sell high as the key to making money. And if you can pull it off, it works. The key to success, of course, is finding the stocks that are currently trading low – but are primed for gains.

This implies a profile. We’re looking for stocks with a combination of depressed share prices and recent Buy ratings from top analysts. Using TipRanks platform, we identify three stocks that fit. And better yet, their average upside potential for the next year ranges from 30% to 110%. Let’s take a closer look.

We’ll start with Anaplan, a cloud software company specializing in cloud-based business planning applications, sold on the subscription business model. The company software brings solutions for connecting data, plans, and people, on a scalable platform, smoothing out the process of business decision making. The company’s business customers include names such as DocuSign, Zillow, and Deloitte. In all, Anaplan currently boasts 1,600 customers and more than 175 business partners.

Since peaking in February of this year, PLAN shares have fallen by 37%. That fall came just shortly after the company reported positive financial results for the end of fiscal year 2021 (the company’s fiscal calendar ended on January 31), with a 29% yoy increase in total revenue to $447.8 million, and a 33% increase in subscription revenue, to $408.2 million.

As a result, Anaplan bumped its full-year revenue guidance for fiscal 2022 up 1% at the midpoint, to the $555 million to $560 million range. Meeting this would imply another year of 24% yoy revenue growth.

Covering this stock for Monness, 5-star analyst Brian White notes that the selloff in PLAN earlier this year was likely unwarranted.

“In our view, the post-earnings selloff in Anaplan a couple of weeks ago was an extreme overreaction, creating an attractive buying opportunity in the stock. This crisis has proven to be a catalyst for accelerated digital transformation and, with an improving global economic backdrop, we believe Anaplan is well positioned for this recovery,” White opined.

White gives the stock a $90 price target, implying a robust 65% upside potential for the next 12 months, along with his Buy rating. (To watch White’s track record, click here)

Overall, most on the Street keep a bullish stance when considering the business software maker’s prospects; the analyst consensus rates PLAN a Moderate Buy, based on 12 Buys, 3 Holds and 1 Sell. The forecast is for decent upside, too. Going by the $72 average price target, shares are expected to appreciate ~32% over the next 12 months. (See PLAN stock analysis on TipRanks)

Next up, Alteryx, is another software company, based in California. The company offers a platform for data science workers and analysts, making high-level analytics available even for non-experts. With data becoming ever more commoditized, the ability to collate, screen, sort, and – most importantly – use the raw data collected is an ever-growing business need, and it’s the niche that Alteryx works to fill.

One example will suffice to show Alteryx’s ability to apply data science software to the real world. The company, at the end of June, announced a partnership with McLaren Racing, bringing its software platform to the Formula 1 team. Alteryx’s automated data analytic platform will provide a set of related advantages for McLaren, including optimized inventory of more than 25,000 race parts and components; race day logistics support, in tracking freight and gear at the garages and the tracks; and back office automation, to rapidly deliver and analyze information on races, mechanical support, and finances.

About two months before the McLaren deal was announced, Alteryx released its 1Q21 financial results. The report showed a 9% yoy gain in revenue, to $118.8 million for the quarter. The company ran a net loss in Q1, of 61 cents per share; this compared poorly to the 24-cent net EPS loss in the year-ago quarter. These results were down sequentially from Q4 – but that decline conformed to the company’s established pattern of showing its strongest results in the final quarter of the year.

AYX stock has found 2021 hard going and is down by 30% year-to-date. However, 5-star analyst Ittai Kidron, of Oppenheimer, sees the stock’s low price as a buying opportunity.

“Our bullish view is based on our belief that Alteryx: (1) is strongly positioned to benefit from favorable secular trends driving enterprise digitization and a rise in the importance of data citizens; (2) is exposed to a large and growing TAM with expansion opportunities into AI/ML; and (3) will continue to successfully execute on its land-and-expand model, adding new customers and driving deeper account penetration,” Kidron wrote.

To this end, Kidron rates AYX an Outperform (i.e. Buy), and his $125 price target implies an upside of ~47% on the one-year time horizon. (To watch Kidron’s track record, click here)

Overall, AYX has engendered plenty of Wall Street interest. There are 11 reviews on the stock, of which 9 are to Buy and 2 are to Hold, giving AYX a Strong Buy consensus rating. The stock is selling for $84.80, while its $122.40 average price target suggests a one-year upside of ~45%. (See AYX stock analysis on TipRanks)

The last stock, Brightcove, lives in the online video niche. The company is a leader in delivery and monetization of online, cloud-based video publishing, and offers customers a range of platform-based products. These include cloud-based video hosting, with add-ons for social media and viewer interaction. Brightcove’s customer base includes major names like the BBC and Ford Motors, as well as smaller names like HubSpot and Master Class.

Brightcove has been expanding, through a combination of small and large opportunities. At the smaller end, the company in May announced that it was chosen by the Melbourne Symphony Orchestra as the digital platform for MSO.LIVE, allowing the orchestra’s 2021 season to go online around the world. At the larger end, Brightcove entered a partnership with China’s Alibaba, which will allow the video provider to give its customers an entry into China’s online markets.

At the end of April, Brightcove released its 1Q21 results – and showed continued growth. Revenue was up to $54.8 million, for an 18% yoy increase and the fourth consecutive quarter of sequential gains. This included $50.8 million in subscription revenue, which was up 14% from the year-ago quarter. EPS improved from a 20-cent loss in 1Q20 to a 12-cent profit in 1Q21.

Even though the financials were sound, the company’s stock has been slipping. BCOV shares peaked this year in February, and are down 42% from that high point. And once again, a top-rated analyst sees it as a chance to buy in.

Michael Latimore, 5-star analyst with Northland Securities, writes of Brightcove’s recent expansion: “Demand for virtual events continues to grow. SouthxSouthwest was a huge success, and will use Brightcove next year (the organization is on an annual license). Brightcove has a large virtual event in May, Work Human. Akamai has long been a CDN supplier to Brightcove, and is now a customer (for internal virtual events). Notable other new customers in the quarter include: Box (video asset management, marketing), the Giants (multiple live events), and Multi-Screen (47 mil users).”

Latimore rates BCOV an Outperform (i.e. Buy), with a $29 price target that indicates his believe in a ~111% upside this year. (To watch Latimore’s track record, click here)

Brightcove has only attracted 2 reviews recently, but they both agree that this is a stock to buy, making the Moderate Buy consensus rating unanimous. BCOV is priced at $13.76 and has an average target of $29.50; this suggests ~114% upside potential in the coming year. (See BCOV stock analysis on TipRanks)