These 3 Stocks Could Rally Over 60%, Says BMO 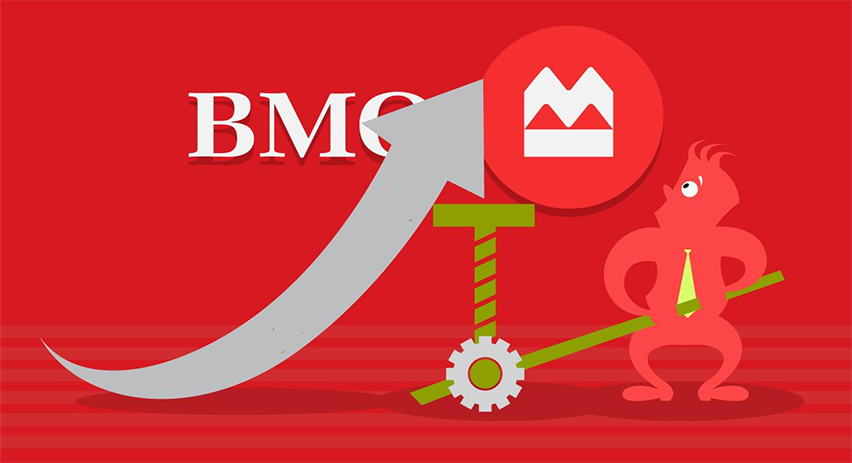 In recent sessions, we’ve seen conflicting trends pulling at the stock market. Overall, stocks are up. The S&P 500 has a year-to-date gain of 20%, and the NASDAQ is up 19%. But overlaid on that, we’ve seen several down sessions in a row, and both indexes are off their peak. It’s a situation that puts investors in a difficult position, trying to decide which trend will win out as 2021 starts to wind down.

Covering the market for BMO Capital, chief investment strategist Brian Belski notes the conflict, and crunches the numbers to put it into historical context.

“Since 1950, the S&P 500 has registered a 0.48% average loss in September with positive price returns occurring only 45% of the time, both of which mark the worst of any month during the year. September also typically represents a volatile period for US stocks as the 0.88% standard deviation of daily price changes for the S&P 500 ranks second-highest after October,” Belski wrote.

Against this backdrop, Belski’s colleagues among the BMO stock analysts have been sorting through the market data, to find equities that are poised to bring solid returns – on the order of 60% or better – in the current environment. Using the TipRanks platform, we’ve looked up the details on these names, to find out what drew them to the attention of the BMO analyst team. Let’s dive in.

First up is Zevia, a soft-drink company whose name comes from the stevia sugar substitute it uses in its product lines. Zevia, based in Los Angeles, California, has a full line of sugar-free energy drinks and organic teas that are also zero-calorie, gluten-free, and vegan-friendly. The company has built up its presence in the US and Canada, and is now moving to expand its sales into Western Europe, Latin America, and Asia. Zevia’s products are available in retail locations, as well as direct-to-consumer through the company website and Amazon.

Zevia went public earlier this year, in July, through an IPO. The offering saw the company put 10.7 million shares on the markets, priced at $14. The IPO ended up raising $150 million in gross proceeds. Zevia currently shows a market cap of $868 million.

Last month, Zevia released its first quarterly earnings report as a public entity. The results, from 2Q21, showed top-line revenue of $34.4 million, for a 24% year-over-year gain, and an EPS loss of 30 cents per share. Zevia reported $16.2 million in gross profit for the quarter.

BMO’s Andrew Strelzik sees Zevia as a growth story going forward, writing: “Zevia has the potential to become the dominant, scaled better-for-you beverage brand in its categories as there is no leader today. The consumer shift to better for-you beverages is in its very early days, despite consistently gaining share from traditional beverages. Zevia already has proven its ability to make real in-roads, and there is a misperception about competition as there are only a handful of better-for-you alternatives in each of Zevia’s categories.”

In line with these comments, Strelzik rates ZVIA an Outperform (i.e. Buy), and his $24 price target implies a robust one-year upside of 78%. (To watch Strelzik’s track record, click here)

This newly public stock has picked up 6 analyst reviews in its short time on the markets, and they break down 4 to 2 in favor of Buy over Hold, for a Moderate Buy consensus rating. Shares are priced at $13.45 and the $19.25 average price target implies an upside of 43% in the next 12 months. (See ZVIA stock analysis on TipRanks)

The ‘green’ economy gets plenty of headlines these days. It’s a major part of the Democratic Party’s platform, the Biden Administration has promised to promote green initiatives, and the result is a political incentive for companies to ‘go green.’ This is opening up opportunities for new, zero-emission, technologies like electric cars. The new green tech as spurred its own spin-off industries, especially in the realm of energy storage.

And that is where Li-Cycle comes in. This company lives in the battery recycling niche, working to recover reusable materials from expired lithium-ion batteries. The company estimates that, by 2030, the battery sector will generate over 15 million metric tons of used-up lithium-ion batteries. These contain unusable pollutants – but also plenty of recoverable elements. Li-Cycle offers a full service menu to recycle batteries, from collection to recycling to the secure destruction of electronic devices containing used-up batteries. The company boasts that it can recover some 95% of the material in the batteries, without sending waste to the landfills, and returning large quantities of aluminum, copper, lithium, and other elements to battery manufacturers.

Li-Cycle has been expanding its footprint in the niche, and this month announced that it is opening a new facility in Alabama for battery recovery. The new facility will have an initial capacity to generate 5,000 metric tons of manufacturing scrap annually, bringing the company’s total annual capacity in North America to 25,000 tons.

Also this month, Li-Cycle released its fiscal 3Q21 report, for the quarter ending on July 31. The company showed an impressive 840% year-over-year increase in revenues, to $1.7 million, in the quarter. The report is the company’s first as a publicly-traded entity; LICY hit the NYSE on August 11 of this year after a SPAC combination with Peridot Acquisition Corporation. The transaction brought Li-Cycle $580 million in gross proceeds.

The analyst added, “We believe Li-Cycle has significant mid-term earnings potential under what we deem as reasonable key driver assumptions and capacity roll-out trajectories, with even further potential upside if management guidance is achieved.”

After just one month of public trading, LICY has attracted 3 analyst reviews – 2 to Buy and 1 to Hold – for a Moderate Buy consensus view. The average price target matches the BMO stance, at $13, and implies a 62.5% upside from the $8 trading price. (See LICY stock analysis on TipRanks)

Dave & Busters has a high profile in the leisure and entertainment sector; it’s a combination of bar, sports bar, video arcade, and gaming venue for grown-ups. The company has 143 locations in the US and Canada, where patrons can eat and drink, and play games. It’s known for hosting bachelor parties – and in a testament to just how much consumers wanted to return to normal, D&B has, already in 2021, recouped its lost sales from the COVID pandemic.

That was no mean feat. By 2Q20, the company’s revenues had fallen from their pre-pandemic level near $340 million per quarter to a mere $50 million. But, as of 2Q21, the company was reporting $377 million at the top line, the best quarterly result in over two years. EPS was also up; the company showed four consecutive quarters of losses in 2020, but returned to profitability in 2021. The Q2 number, of $1.07 per share, was, again, the best in over two years – and nearly double the 57-cent estimate.

We can check in again with BMO’s Andrew Strelzik, who points out Dave & Buster’s obvious draw – that with COVID restriction lifted or lifting, people want to get out, socialize, and have a good time.

“Sales trajectory inflected mid-quarter and, despite some quarter-to-date moderation around weather and COVID, the business trajectory remains upward… A strong consumer environment and internal initiatives combined to capture strong demand for socialization. We believe the sales acceleration was broad-based across geographies, demonstrating PLAY’s resonance in the consumer climate during the quarter,” Strelzik opined.

The analyst summed up, “Shares remain attractive at only ~6x our FY22 EBITDA estimate and we see opportunities for further upside to consensus over the next 12+ months.”

Unsurprisingly, Strelzik gives PLAY shares an Outperform (i.e. Buy) rating, with a $58 price target to indicate room for 61% growth in the year ahead. (To watch Strelzik’s track record, click here)

There is still some caution here, as the leisure industry generally is facing both pandemic and inflationary headwinds, but the 6 analyst reviews on PLAY include 3 Buys to balance the 2 Holds and 1 Sell. The consensus view is a Moderate Buy, and the shares are trading for $35.85. The average target of $49.17 implies ~37% upside from that level. (See PLAY stock analysis on TipRanks)

The post These 3 Stocks Could Rally Over 60%, Says BMO appeared first on TipRanks Financial Blog.