These 2 Under-the-Radar Stocks Could Double (or More), Say Analysts 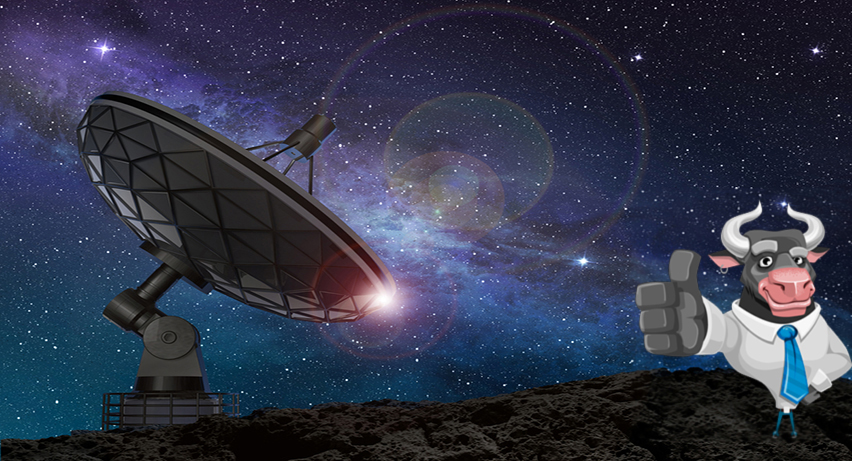 Not every sound stock choice makes waves and headlines in the markets. That should be obvious – one reason the market’s giants draw so many investors is a combination of social pressure, ‘fear of missing out,’ reinforced by the news dominance those very giants generate.

But history’s most successful investors kept their portfolios diversified, and that includes investments in lesser-known stocks. These are stocks that – for whatever reason – have slipped ‘under the radar’ – they haven’t picked up the attention of large numbers of analysts or investors. But, they are frequently fundamentally sound, and offer the important advantages of lower share price and higher-than-average upside potential.

Using TipRanks’ database, we’ve locked in on two such stocks. Both have only one analyst review on file – but it’s highly bullish, and from a top-ranked analyst. Let’s take a closer look.

The global mobile wireless market is estimated at nearly $1 trillion – but its penetration to the world’s population, so far, is limited. As much as 51% of the world’s population lacks a broadband connection, even with some 5 billion mobile phones circulating in the world. AST SpaceMobile aims to fill that gap, bringing access and coverage to the billion-plus people who exist outside the networks.

The company operates in space, using satellite service to expand mobile broadband coverage, and partnering with mobile service providers to extend service through ordinary mobile phones. This is a tech-heavy, interconnected business, and AST SpaceMobile is working at both ends. In March, the company announced that it had filed its 1,000th patent claim. AST has patents protecting various aspects of its intellectual property, including satellite architecture, deployment, and communication protocols, along with handset connectivity. And earlier this month, AST expanded its partnership network, announcing a collaboration with Smart Communications in the Philippines to extend coverage in the archipelago nation.

AST is new to the public markets, having entered the NASDAQ index on April 7 after completion of a SPAC transaction. The special purpose acquisition company (SPAC) in the deal was New Providence, which acquired AST for $462 million in gross proceeds. That total included $232 million in cash from New Providence, along with $230 million in investments from a group of corporate participants.

Writing the first review on file for ASTS shares is 5-star analyst Bryan Kraft of Deutsche Bank. The analyst gives the stock a Buy rating and a $35 price target, suggesting an impressive upside of ~180%. (To watch Kraft’s track record, click here.)

Kraft points out that while this is a risky trade, it’s compensated with a highly favorable risk-reward ratio.

“If management executes on plan over the next 4-5 years, we see intrinsic value ultimately being significantly higher than our $35 PT reflects. Given management’s projections for $1B in 2024 EBITDA, $2.6B in 2025, and $16B in 2031, a 6x multiple in 2025 would be extremely low for such a high forward growth outlook. However, the stock could also end up being worth $0 if AST’s technological solution to enable satellites to communicate directly with smartphones doesn’t work or scale as intended, or if the company’s very large (24m x 24m) arrays do not unfold in space as they are designed to,” Kraft opined.

ASTS has slipped under most analysts’ radar; Kraft is the only bull in the picture right now. (See ASTS stock analysis on TipRanks)

For the next stock, we’ll look at another SPAC – but from the other side of the ledger. SC Health is a SPAC, incorporated to locate a target company and take it public. SC Health announced in March that it will combine with Rockley Photonics, a maker of integrated optical chips and modules. Rockley’s products are used in the healthcare, digital wearable, and machine vision niches. The combination is expected to close later this year.

When it closes, the SPAC transaction is predicted to bring Rockley to the public markets with the ticker symbol RKLY and an estimated enterprise value of $1.2 billion. SC Health is expected to bring in at least $323 million new cash to the company.

Rockley is a prime target for SPAC, and it can address the $48+ billion total addressable market in healthcare, offering optical chips and sensors for applications as varied as biomarker sensing and monitoring and wearable diagnostics in the healthcare industry. The company’s products have also found uses in data centers and LiDAR systems.

Analyst Tim Savageaux, of Northland Capital, is impressed by the potentialities of this coming SPAC deal. He writes of Rockley, “The company is a leader in developing Photonic Integrated Circuit (PIC) based optical sensors and modules for next generation healthcare wearables. We see the market oppty as comparable to a Mobile 3DS/Face ID market that created $20B+ in equity value in the 18 months prior to shipment of the first iPhone X.”

The analyst added, “advances in optical spectroscopy have been developed with a large US smartwatch supplier as an anchor customer funding $70M in NRE of the nearly $400M+ invested in Rockley to date and have produced engagements with several other leading global wearable and mobile device makers.”

With these comments in mind, Savageaux recommends buying into SC Health, putting an Outperform (i.e. Buy) rating on SCPE shares. His $20 price target implies an upside of ~100% for the coming months. (To watch Savageaux’ track record, click here)

SC Health appears to be flying under the Street’s radar and currently Savageaux’s is the sole SCPE review. (See SCPE stock analysis on TipRanks)