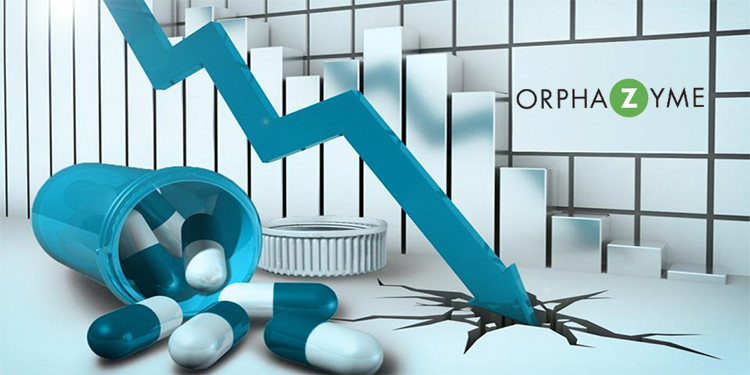 Stocks go up, stocks go down, that’s just a simple fact of market behavior. That said, it is unique for stocks to add 62% in mid-week yet see those gains entirely evaporate and some by the week’s end.

But that was the story of Orphazyme (ORPH) stock last week. The Denmark-based biotech is another name the meme stock crowd has taken a shine to, sending the shares to ridiculous heights in anticipation of a potential drug approval. The drug in question is arimoclomol, the company’s candidate for the treatment of a rare but potentially deadly disease called Neimann-Pick Disease Type-C (NPC).

Instead of approval, however, the FDA sent Orphazyme a CRL (complete response letter) citing the need for more data beyond the results from the Phase 2/3 clinical trial.

The shares’ violent post-CRL drop took many by surprise and Cowen’s Ritu Baral was among those not expecting the FDA’s rejection.

“We are surprised at the outcome of FDA’s review of arimoclomol in NPC given the strength of clinical data, high unmet need in NPC and mgmt’s recent comments on positive progress of FDA discussions,” the analyst said. “The agency’s concerns about the primary endpoint used in the Ph2/3 trial and its request for additional confirmatory evidence in a rare and rapidly progressive disease like NPC raises several questions.”

One such question is what happens now? Baral thinks it is “unclear” what the regulatory path for the drug will be in the U.S. The company has said it will continue to work with the FDA but will turn its attention to gaining approval in the EU. While Baral claims the EU is more lenient with rare disease drug approvals, the analyst also notes “capital sufficiency is a real headwind.”

As a result of the CRL, Orphazyme also reduced its revenue outlook. The company also expects its operating loss to widen.

Seeing “no near-term path to market,” Baral says it is now time to move to the sidelines. The analyst, therefore, downgraded ORPH’s rating from Outperform (i.e., Buy) to Market Perform (i.e., Hold) and took the previous price target off the table. (To watch Baral’s track record, click here)

Only one other analyst has been keeping a tab on Orphazyme’s progress, rating the stock a Sell, and put together the stock has a Moderate Sell consensus rating. At $5, the average price target suggests ~24% drop from current levels. (See OPTH stock analysis on TipRanks)