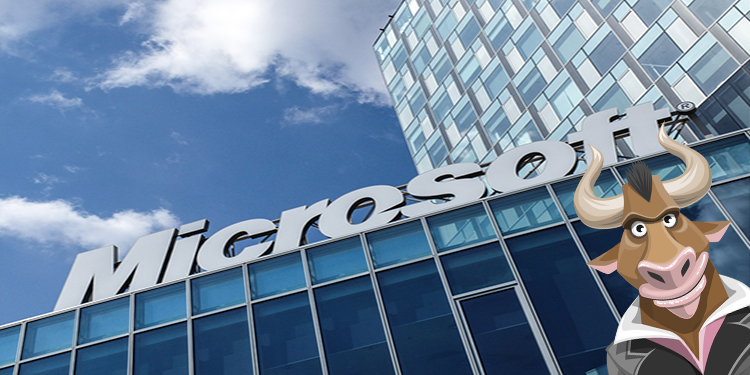 Microsoft (MSFT) stock has been hitting new all-time highs this week. The tech giant has also clocked another landmark achievement, becoming the second company apart from Apple to reach a market cap exceeding $2 trillion. However, where Apple’s performance year-to-date has underwhelmed, Microsoft’s display has been typically sure-footed.

It’s a big milestone week which also saw the unveiling of the latest version of the Windows operating system – Windows 11.

These events aside, Wedbush’ Daniel Ives thinks the company is on the cusp of further growth due to how well it is positioned to reap the benefits of a continuous shift in businesses’ behavior.

“Our recent June quarter checks for Microsoft upticked yet again as the Azure cloud growth story is hitting its next gear of growth in Redmond,” the 5-star analyst said. “We are seeing deal sizes continue to increase markedly as enterprise-wide digital transformation shifts are accelerating with CIOs all focused on readying their respective enterprises for a cloud driven architecture.”

In fact, Ives thinks only 35% of Microsoft’s “unparalleled installed base” has so far transitioned to the cloud. The analyst forecasts enterprise workloads on the cloud will grow from 40% at present to 45% by the end of the year and further increase to 55% by 2022.

While this shift is good news for other giants with cloud-based solutions – Amazon’s AWS, Google and IBM – it “disproportionally benefits the cloud stalwart out of Redmond, as Nadella & Co. are so well positioned in its core enterprise backyard to further deploy its Azure/Office 365 as the cloud backbone and artery.”

Accordingly, Ives rates MSFT shares an Outperform (i.e. Buy) along with a $325 price target. The figure suggests the shares have room for additional growth of ~23% over the following months. (To watch Ives’ track record, click here)

Overall, Microsoft stock is of a unique breed, a mega-cap with the Street’s full support; all 26 recent ratings are to Buy, naturally coalescing to a Strong Buy consensus rating. With the average price target clocking in at $298.81, the analysts predict ~13% of share appreciation in the year ahead. (See MSFT stock analysis on TipRanks)