Marvell vs. Broadcom: Which Semiconductor Stock Is A More Compelling Buy? 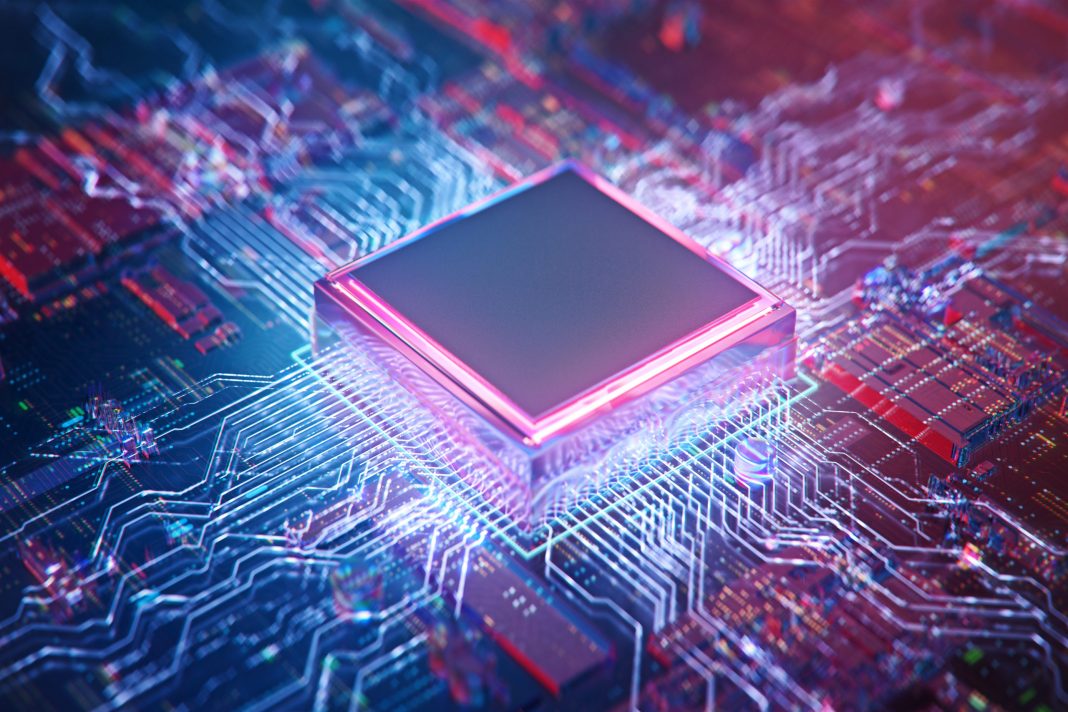 The rising adoption of 5G along with an increase in data centers are fueling the demand for semiconductor solutions including ethernet switching platforms, embedded processors and controllers.

Last week, Marvell announced Q1 FY22 results with net revenues of $832 million, approximately up 20% year-over-year, while net loss in Q1 narrowed to $88.2 million from a loss of $113 million in the same quarter last year.

The company’s results for Q1 FY22 include the results of Inphi from the acquisition date. MRVL had announced the acquisition of Inphi in October last year in a cash and stock deal valued at $10 billion.

Following the results, Rosenblatt Securities analyst Hans Mosesmann reiterated a Buy and raised the price target from $60 to $70 on the stock. Mosesmann said in a research note to investors, “In what we have coined the Mother-of-All-Cycles, Marvell is, in a sense, the spear point in AI/ML [artificial intelligence/machine learning] data center, 5G infrastructure, and Automotive markets…”

In Q1, the company saw rise in revenues across all its key product lines, with growth in 5G revenues for the seventh straight consecutive quarter. The increase in 5G revenues was driven by “standard and semi-custom product shipments to Samsung and Nokia, partially offset by a decline in ASICs as deployments in China paused.”

Marvell’s CFO Jean Hu spoke about the outlook for the second half of the year for the networking business at the earnings call, “As we look forward, we expect a strong second-half ramp compared to the first half in stand-alone Marvell’s networking business, including an acceleration in our 5G business from both our own product ramps and an increase in 5G adoption in the U.S. and other regions. From the acquired Inphi business, we expect approximately $215 million in revenue in our second fiscal quarter.”

The company also expects the Inphi acquisition to drive strong growth in the data center and carrier market. According to Marvell, Inphi is the largest provider of Pulse Amplitude Modulation (PAM) 4 Digital Signal Processors (DSPs) that provides high-speed connectivity inside data centers.

Within the data center market, Marvell perceives the cloud data center to be “significantly bigger” than its 5G opportunity and has forecast it growing at a compounded annual growth rate (CAGR) of 19% to around $5 billion by 2023. It expects this opportunity to be driven by the rising adoption of ARM processors and custom ASICs. (See Marvell Technology stock analysis on TipRanks)

Mosesmann summed up the valuation of the company, “We see Marvell on the cusp of mega cycles that will last for years in data center/cloud and 5G infrastructure with a portfolio of products/IP and capabilities that we think approaches Broadcom’s infrastructure/data center capabilities.”

He continued, “Given the growth prospects for Marvell in the double digits for years to come, we believe P/E multiple expansion is in order.”

Consensus among analysts on Wall Street is a Strong Buy based on 18 Buys and 3 Holds. The MRVL average analyst price target of $60.61 implies approximately 16.3% upside potential to current levels.

Broadcom reported revenues of $6,610 million in the fiscal second quarter, up 15% year-over-year with GAAP diluted earnings of $3.30 per share, a rise of 82% year-over-year.

In the fiscal third quarter, AVGO expects revenues to come in at $6.75 billion while adjusted EBITDA is anticipated to be around 60% of projected revenue.

Following the earnings, Mizuho Securities analyst Vijay Rakesh reiterated a Buy and raised the price target from $490 to $520 on the stock. Rakesh said in a note to investors, “We continue to see AVGO well positioned, with leadership in growing markets driven by secular trends 5G and data center, high margins, and strong FCF [free cash flow].”

In Q2, the company’s broadband revenues went up 28% year-over-year and made up 18% of its total semiconductor revenues of $4.8 billion. In the third quarter, AVGO expects to sustain revenue growth in double-digits for the broadband segment as rising adoption of 5G is leading to upgrades in fiber, cable and Internet connectivity.

Broadcom’s networking revenues went up 10% year-over-year and comprised 32% of its semiconductor revenues. While AVGO observed that demand from enterprises has not yet recovered, it expects this demand to pick up in the second half of the year.

Revenues from its wireless products comprised 34% of the company’s semiconductor revenues in Q2. (See Broadcom Inc stock analysis on TipRanks)

AVGO’s infrastructure solutions business made up 27% of the company’s total revenues in fiscal Q2. In the second quarter, more than 90% of its software bookings were recurring subscription and maintenance booking with an average contract span of three years. Rakesh noted that as a result, the analyst expects that AVGO will continue its focus on core accounts.

The analyst added, “Longer-term, AVGO noted it expects its Software segment to grow mid-single digits %, though we believe the company sees upside in F21E.”

Consensus among analysts on Wall Street is a Strong Buy based on 16 Buys and 2 Holds. The AVGO average analyst price target of $541.44 implies approximately 15% upside potential to current levels.

Rosenblatt analyst Hans Mosesmann summed up the difference between the two companies, saying, “The reason that Marvell’s situation is so much stronger than larger peer Broadcom’s (leadtimes are extended but stabilizing) is because Broadcom is not a share gainer per se, they are a content gainer in sockets they have owned for many cycles.”

“Marvell has embraced strategically the custom ASIC, ARM, and 5nm/3nm transition uniquely in the world, which gives the company a capability that may only be matched by Broadcom (if they had the extensive ARM capability/roadmap of Marvell),” Mosesmann added.

Based on the upside potential over the next 12 months, MRVL seems to be a better Buy compared to AVGO.

The post Marvell vs. Broadcom: Which Semiconductor Stock Is A More Compelling Buy? appeared first on TipRanks Financial Blog.