JPMorgan Pulls the Trigger on These 2 New Stocks 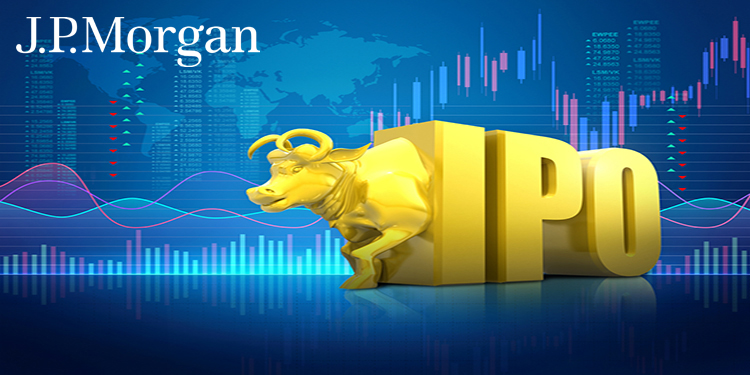 Before the COVID crisis derailed the economy, markets were on a tear – and one facet of that was a surge in IPOs. That surge year has seen over 200 companies go public, a 200% jump from 1H20. Before assuming that the magnitude of the surge is an artifact of the corona shutdowns, note that in the first half of 2019, pre corona, there were only 80 IPOs.

It’s not just the number of IPOs that has market watchers taking notice; the sums raised are also considerable. Even during the pandemic year, IPOs raised over $78 billion. This year, the newly public companies have already beaten that mark, bringing in over $80 billion in new capital. And that number does not include the increasingly popular alternative modes of going public, through direct listings SPAC mergers.

The solid momentum in IPO activity is attracting attention from Wall Street’s stock pros, who are looking under the hoods of the newly public companies to find the ones that truly deserve investors’ money.

Using the TipRanks database, we’ve looked up two stocks that have recently held their IPO – and 5-star rated analysts from JPMorgan are predicting over 25% upside for the coming year. Let’s take a closer look.

Mental health is a segment of the healthcare industry that is steadily gaining a higher profile. It’s not that severe mental illness is growing more prevalent; rather, the field is slowly shedding the stigma that has long surrounded mental health issues, and people are more likely to seek and receive treatment. Lifestance, founded in 2017, has quickly grown to become one of the nation’s largest providers in the field, offering a combination of in-person and telehealth options for patients of all ages.

The company boasts a network of 370 clinics with  more than 3,300 clinician, including psychiatrists, psychologists, clinical counselors and social workers, and nurse practitioners, located across 27 states. Lifestance provides services ranging from adult psychiatry and individual therapy to couples therapy and child and/or adolescent treatment. Treatment plans are designed around each patient’s needs, and the company has payment agreement with most insurance plans.

Lifestance opened its IPO on June 10 of this year, and closed the sale on June 14. The initial offering saw 40 million shares go on the market, of which 32.8 million were sold by the company and 7.8 million by existing shareholders. The shares were priced at $18 each, and the underwriters have an option on an additional 6 million shares. The IPO brought in over $720 million in gross proceeds, before deducting expenses

JPMorgan analyst Lisa Gill – who is rated in the 10% of Wall Street’s stock pros – notes the company’s potential to shake up the mental health field.

“The largest outpatient behavioral health platform in the U.S., LifeStance aims to disrupt the traditional model which suffers from: 1) low reimbursement rates for clinicians; 2) accessibility and affordability challenges for patients; and 3) lacks connectivity for the integrated care model. The company’s unique model is supported by their technology-enabled infrastructure, virtual care capabilities, and expanding national payor relationships which enables a national base of qualified in-network clinicians to provide care at a lower cost than traditional models.”

At the bottom line, Gill is bullish here, saying, “Going forward, we believe that the continued market share expansion will benefit the company as their in network payors, referrals sources and clinician count increase.”

In line with her comments, Gill rates LFST stock an Overweight (i.e. Buy) along with a $36 price target. This figure implies a 37% one-year upside. (To watch Gill’s track record, click here)

We’re looking at a Strong Buy consensus rating for LFST shares, indicating that Wall Street shares Gill’s bullish outlook. The 6 reviews the stock has gathered since it went public include 5 to Buy and only 1 Hold. The average share price target of $33.40 suggests a 27% upside from the $26.30 trading price. (See LFST stock analysis on TipRanks)

And now let’s switch gears and take a look at a fintech. Marqeta got started in the payment processing world back in 2009, and has since become a major online card issuer and payment processor, using its open API card issuing platform to make waves in the online payment niche. The company aims to make virtual and tokenized cards, along with their physical analogues, customizable, and by linking them to a single primary account to streamline the digital payment process. The company’s business clients include names like Square and DoorDash.

To date, Marqeta has issued over 320 million through its platform, worldwide. The company reported Q1 results prior to its IPO, showing gains from the year before. At the top line, revenue came in at $107.9 million, more than double the 1Q20 figure. While Marqeta typically runs a net loss, that loss narrowed year-over-year in 1Q21, from $14.5 million to $12.8 million.

In mid-June, the company held its IPO, and quickly made a splash – a big splash, even in tech’s big pool. Marqeta put over 45.45 million shares of common stock on the market, initially priced at $27 but opening its first day on the NASDAQ at $32.50. That day’s trading closed with MQ shares at $30.52. In all, the initial offering saw the company raise more than $1.41 billion – yes, billion – in gross capital. While the shares have slipped since the IPO, Marqeta still boasts a market cap of $13.6 billion.

Tien-tsin Huang, another of JPM’s 5-star analysts, sees Marqeta’s modern tech platform as a key to the company’s ongoing success, saying of the company, “We forecast a 35% revenue CAGR midterm, making it a bona fide Fintech growth stock with a premium valuation that is rich but sustainable on our sector thesis that (1) modern platforms are share gainers versus legacy as (2) software and payment convergence accelerates with software/tech firms well positioned to “bank” their users…”

Huang goes on to outline his view of the company’s potential: “Marqeta’s modern tools and infrastructure featuring open, configurable APIs represent gravity for developers at high-growth firms to seek out Marqeta to create customized payment card programs for users. With software and payments converging, MQ is very well positioned to be in the flow of new work, especially relative to legacy processors.”

These bullish comments support an Overweight (Buy) rating, while the analyst’s $33 price target suggests it has room for 27% appreciation in the next 12 months. (To watch Huang’s track record, click here)

Overall, Marqeta gets a Moderate Buy rating from the Wall Street consensus, based on 9 reviews that include 6 Buys and 3 Holds. The stock’s $25.97 share price and $31.83 average price target indicate a potential for 23% upside in the year ahead. (See MQ stock analysis on TipRanks)

The post JPMorgan Pulls the Trigger on These 2 New Stocks appeared first on TipRanks Financial Blog.