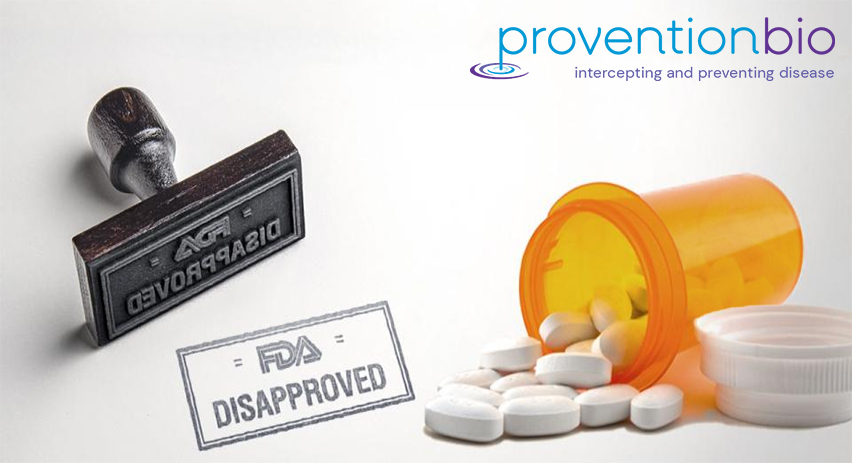 Rejection is bad enough as it is but in the world of biotech stocks, the knock-back is twice as hard; the regulators’ cold shoulder is followed by the market’s rebuff.

Which brings us to Provention Bio (PRVB). On Tuesday, the company received a CRL (complete response letter) from the FDA regarding its Biologics License Application (BLA) for teplizumab, Provention’s lead candidate for the delay of clinical type 1 diabetes (T1D) in at-risk patients. After which shares duly tanked by 26%.

The FDA was unconvinced the commercial version would act the same as teplizumab did in the clinical studies, citing a lack of comparable data. There were also issues in the manufacturing plant which need to be addressed.

“Importantly,” said Leerink analyst Thomas Smith, “The CRL did not cite any clinical issues related to the efficacy and safety data packages, consistent with our expectations following the release of FDA briefing documents and corresponding Advisory Committee meeting in which the panel voted 10 to 7 in favor of supporting teplizumab approval in this indication.”

In fact, Smith was expecting a rejection although the analyst notes the lack of issues beyond PK comparability and CMC/manufacturing means a potentially worst-case scenario has been avoided.

The company said it had already addressed most of the manufacturing concerns and does not think these will represent any “meaningful hurdle” to approval. More data from the ongoing late-stage trial is expected later in Q3, which Provention thinks could address the regulators’ concerns.

“We had previously incorporated a 12-month delay for approval and launch in this indication,” the analyst summed up, “And continue to believe that eventual approval for teplizumab is more likely than not.”

In the meantime, Smith awaits the new data for more “clarity on timing and a pathway toward resubmission.”

Accordingly, there’s no change to Smith’s rating which stays an Outperform (i.e., Buy), or price target which remains at $16. Investors could be sitting on gains of 147%, should Smith’s forecast play out over the coming months. (To watch Smith’s track record, click here)

The rest of the Street appears non-plussed with the rejection too. Based on 5 Buys vs. 1 Hold, the stock has a Strong Buy consensus rating. The average price target remains extremely bullish; at $17.80, shares are projected to appreciate by 175% in the year ahead. (See PRVB stock analysis on TipRanks)