Goldman Sachs: These 3 Stocks Could Spike Over 60% 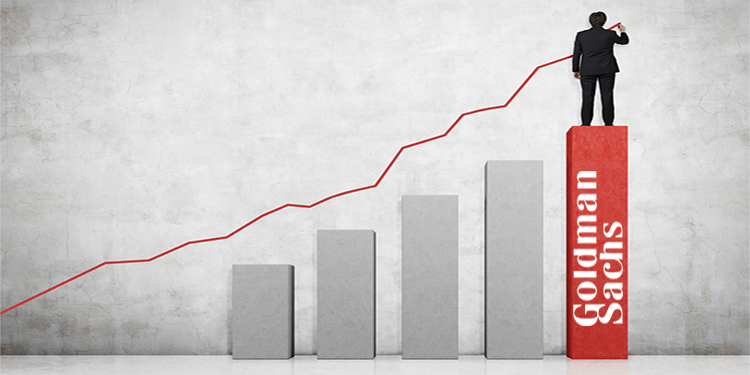 Just when we thought that COVID was starting to fade, the Delta variant has come our way. Is this the dreaded vaccine-resistant wave that will put economies back into lockdown? So far, at least, that doesn’t appear so – while this variant has shown the ability to infect people who are fully vaccinated, the vaccines have also shown efficacy in preventing serious illness, even from the Delta variant.

What we’re looking at is an increase in cases, but a decrease in serious hospitalizations. Taking cognizance of data from the Mayo Clinic, more than 48% of the US population has been fully vaccinated; so, the Delta variant may slow us down, but it will not bring everything to a halt.

That’s the view of Jan Hatzius, chief economist from Goldman Sachs. In a new research note, Hatzius concluded, “We think the near-term economic impact of a virus resurgence in the U.S. would be modest.”

Backing his stance optimistic stance, Hatzius notes several factors. Important among them are the widespread vaccinations, particularly among the more vulnerable elderly, which are working against further restriction policies. And looking at overall consumer activity – and the general public reaction to the current situation – Hatzius states, “Measures of consumer activity in the U.K., such as spending and mobility, have declined only modestly over the past several weeks, and surveys suggest that U.S. consumers have not meaningfully increased their avoidance of riskier activities. High-frequency measures of consumer spending and restaurant bookings in the U.S. have responded very little to new virus cases and deaths at the county and city level.”

With Hatzius’ comments as backdrop, the stock analysts from Goldman Sachs have been reviewing the market, finding 3 newly IPO’d stocks that will bring solid returns – on the order of 60% or better – in the current ‘Delta’ environment. Using the TipRanks platform, we’ve looked up the details on these names, to find out what drew them to the attention of the Goldman analyst team so soon after entering the public markets. It looks like GS analysts are not the only ones noting these new players’ potential; all are rated as Strong Buys and offer plenty of upside, according to the analysts. Let’s dive in.

The first stock on our list is from a clinical stage biopharmaceutical company, Ambrx. This company works on the cutting edge of immune oncology, in the discovery and development of engineered precision biologics, especially, designed to integrate synthetic amino acids into the proteins of living cells – repairing defective proteins, and leading to a cure for the targeted disease.

Ambrx has seven programs in its research pipeline, most in the preclinical stages – but in ongoing clinical trials. The leading candidate, currently enrolling patients in an open-label dose-escalation study of efficacy, is ARX788, an anti-HER2 ADC. The clinical studies on this drug candidate are focusing on efficacy against solid tumors, including breast cancer and gastric/GEJ cancer. ARX788 has received the FDA’s Fast Track Designation for use against HER2+ metastatic breast cancer and Orphan Drug Designation for the gastric cancer study.

The second clinical-stage candidate, ARX517, is a potential treatment for prostate cancer. ARX517 is engineered to target the prostate-specific membrane antigen on prostate cancer cells, a key clinical biomarker of the disease which is over-expressed in metastatic prostate cancer and some other solid tumors. A Phase 1 study kicked off in April.

Ambrx held its IPO on June 18, entering the NYSE with an initial share price of $18 per share – and 7 million American depositary shares (worth 7 ordinary shares each) put up for sale. The company raised $126 million in the offering although the shares closed at $17 on the first day of trading. The stock has since gained value, and the company boasts a market share of $736 million.

Goldman’s Graig Suvannavejh wrote the firm’s initial review of this stock, and notes that ARX788 is not a first-in-class drug candidate – there are two other anti-HER2 ADCs that have already have gained approval. However, Suvannavejh sees promise in the early data, which shows that ARX788 may be able to differentiate from those drugs.

Looking ahead, the analyst writes, “Over the next 12-18 months, we expect multiple updates on AMAM programs, but most critically, we’re focused on top-line Phase 2/3 ‘788 data in BrCa in 2H22 as not only (1) a key de-risking event for the asset (and the stock), but (2) an important proof-of-concept for AMAM’s underlying technology and (3) potential validation of the company’s overall approach.”

In line with those comments, Suvannavejh rates the stock a Buy, and his $53 price target implies a robust upside potential of 171%. (To watch Suvannavejh’s track record, click here.)

This new biopharma stock has a Strong Buy rating from the analyst consensus, based on 3 positive reviews so far. The shares are priced at $19.56 and their $39.50 average target suggests room for an upside of 101% this coming year. (See Ambrx’s stock analysis at TipRanks.)

Next up, Lyell, also works in the field of inmmuno oncology. Lyell’s focus is on T-cells; the company is working on T-cell reprogramming technology to develop curative therapies for patients with solid tumor cancers. The company is working with new technology platforms to design and create a series of treatments, including chimeric antigen receptors (CAR), tumor-infiltrating lymphocytes (TIL), and T-cell receptors (TCR).

Lyell is looking for an alternative to current adoptive cell therapies (ACT) for solid tumor cancers, as these therapies have mostly demonstrated only limited efficacy – and solid tumors represent approximately 90% of all cancers. Lyell’s approach works to surmount T-cell exhaustion, and to promote durable stemness. The company is using its Gen-R and Epi-R platforms in tandem to develop a multi-modal pipeline. That pipeline currently includes 3 drug candidates, all in preclinical stages of development.

To facilitate the research program, Lyell opened a new manufacturing center in Washington State this past March. The center, which cost $65 million, is a 70,000 square foot structure with advanced labs and equipment for cell therapy manufacturing. It will provide the infrastructure support for the company’s upcoming clinical trials.

In a step of importance to investors, Lyell held its IPO on June 17 when the stock opened on the NASDAQ with initial pricing at $17 per share. The company put 25 million shares of common stock up for sale, and the opening day price closed at $16.89, for gross proceeds exceeding $420 million. The shares have been volatile in their first few weeks, and are currently trading within 2 cents of the first day’s close.

Salveen Richter, 5-star analyst with GS, notes the highly speculative nature of Lyell, but is quick to outline how she is impressed by the potential offered in the pipeline, writing, “We are encouraged by the preclinical data seen to-date and the experienced management team and note multiple programs are set to enter the clinic with first-in-human data next year, including: 1) LYL797, a ROR-1 CAR T to be initially evaluated in non-small cell lung cancer (NSCLC) and triple negative breast cancer (TNBC) and where we note early proof-of-concept for the target (IND in 1Q22; GSe peak WW sales of ~$6.3bn); 2) TIL LYL845 in multiple solid tumor types (IND in 2H22; GSe peak WW sales of ~$21.4bn); and 3) in collaboration with GSK, we anticipate IND filings in 1H22 for an enhanced NY-ESO-1 TCR product candidate in synovial sarcoma and other solid tumor indications.”

Richter puts a Buy rating on LYEL shares, and her $30 price target indicates potential for a 77% upside in the next 12 months. (To watch Richter’s track record, click here.)

Again, this is a newly-public biopharma with a unanimous Strong Buy consensus; Lyell has received 4 positive reviews in its short time on the markets. The stock is currently trading at $16.91, with a $25.50 average price target that implies a one-year upside of 51%. (See Lyell’s stock analysis at TipRanks.)

For the last stock on our list, we’ll shift gears and take a look at a high-tech unicorn. WalkMe is a software-as-a-service (SaaS) company, with a $2.4 billion valuation and headquarters in San Francisco, California. The company’s product is a guidance and engagement platform designed to provide in-software instructions for users – and to drive them toward desired actions and outcomes. The WalkMe platform is used in a wide range of industries, with the aim of improving sales and conversion, reducing support center costs, boosting the user experience, and improving employee productivity. The platform uses AI to create a user-specific experience, without the use of downloads or plug-ins.

Currently WalkMe boasts over 3000 customers, including 31% of the Fortune 500 companies. The platform in use in more than 40 countries, and has assisted over 35 million end users.

Like the other stocks on this list, WalkMe went public back in June, when it put the WKME ticker on the NASDAQ on June 16. Initial pricing was set at $31 per share, with 9.25 million common shares made available. The company aimed to raise over $280 million and met that goal, with the IPO closing on June 18 after bringing in a total of $287 million in new capital.

In his initiation of coverage note for Goldman, analyst Christopher Merwin says of WalkMe’s path forward, “WalkMe offers a Digital Adoption Platform to customers, a solution that helps enterprises maximize the ROI of their software by facilitating usage of websites and internal SaaS apps…. we believe WalkMe’s differentiation lies in the extensibility of the platform across any type of application and the myriad of use cases that can be developed through its no-code platform. In a time when enterprises are accelerating digital transformation efforts, we believe Digital Adoption will be critical to maximize the return on those investments. Also, we believe WalkMe is taking steps to effectively move up market and in doing so is improving the sales efficiency of the business…”

Merwin puts a $47 price target on the shares, implying an upside of 62% for the year ahead – and supporting his Buy rating. (To watch Merwin’s track record, click here.)

Tech unicorns typically garner plenty of attention, and WalkMe is no exception. The company has picked up new fewer than 9 analyst reviews in its first weeks on the market – and all are positive, backing a Strong Buy consensus rating. The shares are priced at $29.06; their average target of $40 suggests a 37% one-year upside potential. (See WalkMe’s stock analysis at TipRanks.)

The post Goldman Sachs: These 3 Stocks Could Spike Over 60% appeared first on TipRanks Financial Blog.