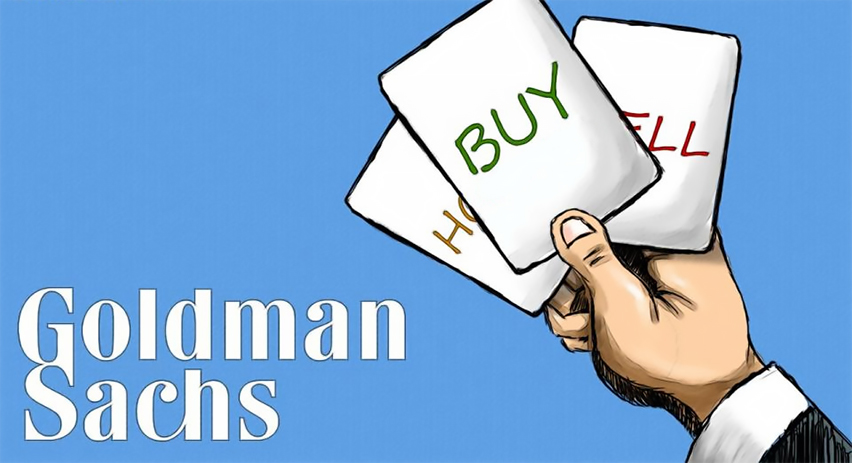 The first half of this year saw a hefty surge in consumer demand and economic growth, as people started climbing out of the COVID lockdowns. The pent-up consumer demand fueled the growth – but that’s starting to fade back a little now. The resurgence of the corona virus isn’t helping matters, even though most governments are loathe to impose further draconian lockdowns.

Goldman Sachs strategist Ronnie Walker believes that the late-year economic pullback will be modest, and that strong growth will continue into 2022. He’s predicting a 5.7% annualized GDP growth rate in the US for the full year 2021, which, while down from the previous Goldman forecast of 6% is still higher than last year’s growth. Looking forward, Walker is bumping his GDP prediction up to 4.6%. Growth on this scale, two years in a row, would more than make up for losses incurred during the corona crisis.

“First, our best guess—based on the experiences of some European countries and the recent decline in domestic positivity rates—is that U.S. virus cases will start falling later this month. And second, economic activity has become less sensitive to the virus in recent waves, in part because people have adapted their spending habits, widespread vaccination has reduced the likelihood of government restrictions, and vaccinated individuals are less likely to voluntarily disengage from the economy,” Walker says.

With the likelihood that economic growth will keep up, and stocks will continue rising, the Goldman Sachs equity analysts are busy pointing out the stocks that will bring returns – on the order of 70% or more. We ran two of them through TipRanks database to see what other Wall Street’s analysts have in mind.

The first stock on Goldman Sachs’s radar, Dole, is one of the world’s largest producers of fresh fruits, especially bananas and pineapples. The company also produces and distributes salads and fresh-packed vegetables, and is increasing its presence in the markets for avocados, berries, and organic produce. Dole has been in business for over a century, and its current incarnation – a newly formed company, based on the combination of Dole Food and Total Produce – brings a new start to an old company.

The new Dole has a product line with over 300 items, from local and global sources in more than 30 countries. Dole markets and distributes its produce in 80 countries around the world, through a combination of retail, wholesale, and foodservice outlets.

The DOLE ticker hit the pubic markets on July 30 of this year, in an IPO that saw the company put 25 million shares up for sale, at price of $16 each. Dole raised $400 million in gross proceeds, and boasts a market cap now of $1.38 billion.

Goldman Sachs analyst Adam Samuelson initiated his firm’s coverage of this newly public stock, with a Buy rating and a $26 price target. Samuelson’s target implies a one-year upside of ~75% for the shares. (To watch Samuelson’s track record, click here)

The analyst backs this stance in his comments, writing, “…the new DOLE is a global leader in the fresh produce industry, with unique global scale and sourcing capabilities, with revenues nearly 2x the nearest competitor and a balanced geographic sales profile across North America and Europe. Participating in the large ~$350bn fresh fruit and vegetable category, we believe DOLE is poised to sustain low-single digit organic revenue growth and mid-single digit EBITDA growth, with 1.5-2% category growth supported by ~$40mn of revenue/cost synergies over the next 2-3 years.”

Overall, the recent analyst reviews on DOLE, breaking down to 3 Buys, 1 Hold, and 1 Sell, give the stock a Moderate Buy consensus rating. Shares are priced at $14.87 and the average price target of $19.60 implies a one-year upside of 32%. (See DOLE stock analysis on TipRanks)

The second Goldman pick we’ll look at is a clinical-stage biopharma researcher. Terns Pharmaceuticals is focused on the treatment of NASH, non-alcoholic steatohepatitis, as well as other chronic liver diseases. Terns has three drug candidates – TERN-101, TERN-201, and TERN-501 – in Phase 1 clinical trials. The drugs are small molecule, single agents used to treat several distinct pathogenic processes in hepatic disease.

Terns’ three drug candidates have catalysts coming up, including top-line data from the Phase 1 proof of concept study for TERN-501, which is due in 4Q21. The ongoing AVIATION trial of TERN-201, a Phase 1b study, has completed Part 1 enrollment and clinical data is expected in the first quarter of next year. And this past June, the top-line data from the Phase 1 study of TERN-101 was accepted for publication in Clinical Pharmacology in Drug Development.

The multiple shots on goal available to Terns caught the attention of Goldman analyst Corinne Jenkins, who writes: “While it remains to be determined if TERN agents are in fact best-in-class assets in NASH, the collection of single-agent failures in this indication suggest that the complex pathology of NASH will likely be best addressed by a multi-therapy approach. While many NASH companies are now pursuing clinical collaborations to assess this hypothesis, TERN is the only NASH company with multiple, wholly owned assets in the space. We therefore anticipate differentiation on TERN’s combination approach…”

Jenkins takes over coverage of this stock with a Buy rating, and sets a $21 price target implying an upside of 96% for the year ahead.

Small-cap biopharmas don’t always get a lot of analyst attention – they tend to fly under the radar. However, there are two reviews on file here and both are to Buy, making the consensus rating a Moderate Buy. TERN shares are priced at $10.71, with an average price target of $20, indicating a runway toward ~87% upside for 2021. (See TERN stock analysis on TipRanks)