GameStop: Lack of Strategy Is More Food for the Bears 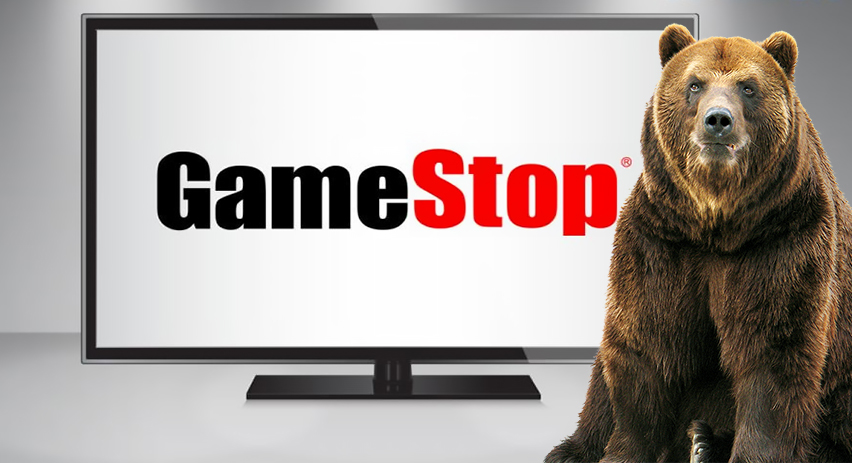 GameStop (GME) might have delivered a better-than-expected set of earnings last week, but investors instead took the opportunity to offload shares in a hurry. The stock shed 27% of its value in the subsequent session. Of course, GameStop stock has been a law unto its own in 2021, soaring to unimaginable heights on account of the short squeeze phenomenon and as the poster boy for the meme stock movement.

It is a name that does not play by Wall Street’s rules, and as such Wedbush analyst Michael Pachter says the earnings results were of little interest to the big chunk of retail shareholders.

So, what was behind the charge to the exit gates?

As part of the earnings release GameStop made a pair of major announcements. The company said it will fill the vacant CEO and CFO positions with two Amazon “veterans.” While the names are unfamiliar to Pachter, both are highly experienced in the ecommerce field and Pachter remains “optimistic that they will capably fill the shoes of the departed CFO and soon to depart CEO.”

Additionally, the company announced it will sell more stock – up to 5 million shares “at the market.” I.e., the shares can be sold “whenever allowed under quiet period rules.”

Pachter believes the former carried more weight in pulling the share price under, although it is only partly to blame.

“We think that the sell-off had little to do with the fundamentals and everything to do with the company’s failure to reveal its strategy,” the analyst said. “We believe that the Reddit Raiders were mildly disappointed in the appointment of two more experienced Amazon executives to the CEO and CFO roles, as the GameStop meme appears to include some belief that the company will build a blockchain trading platform.”

All in all, Pachter rates GME shares an Underperform (i.e. Sell), although due to the extra cash from the new shelf registration, the price target is raised from $39 to $50. The new figure still implies a dispiriting ~78% drop from current levels. (To watch Pachter’s track record, click here)

Baird’s Colin Sebastian also bemoans the company’s lack of a clear strategy. Although the analyst says the company has been thrown a lifeline due to the “console transition period,” Sebastian essentially thinks GameStop has no coherent plan, noting “games are not dog food,” and sensibly claiming a company’s fundamental, long-term prospects should not be based on memes.

“As GameStop’s board continues to shuffle the management deck, the goal to transform into a ‘technology’ company that delights gamers remains mostly a mystery, particularly as the video game industry accelerates the shift toward downloads, streaming and cloud services,” the 5-star analyst opined.

Sebastian’s price target is even harsher than Pachter’s, and at $25, suggests share depreciation of ~89%. The analyst has a Neutral (i.e. Hold) rating for GME stock. (To watch Sebastian’s track record, click here)

Other Street analysts are hardly more optimistic. Based on 1 Buy, 2 Holds and 3 Sells, the stock has a Moderate Sell consensus rating. The average price target clocks in at $70, implying ~69% downside in the year ahead. (See GameStop stock analysis on TipRanks)

The post GameStop: Lack of Strategy Is More Food for the Bears appeared first on TipRanks Financial Blog.