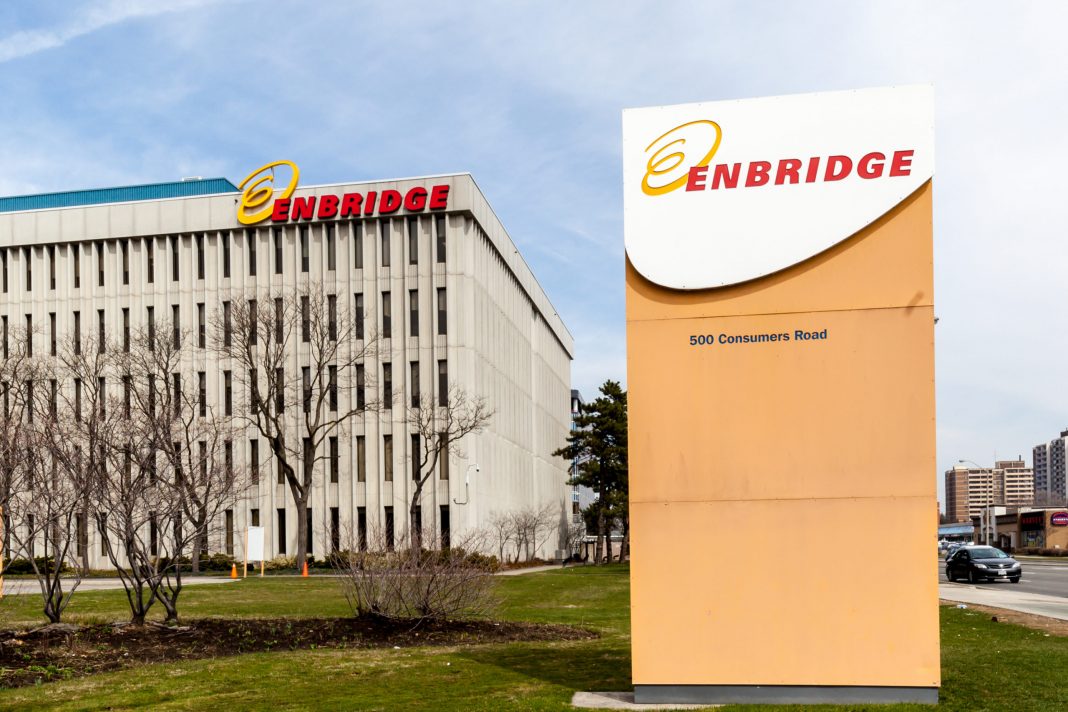 Investors who may shy away from stocks in dispute have not abandoned Enbridge. On the contrary, investment has accelerated. The company’s announcement to boost dividends comes on the tails of a generated profit of C$646 million from the gas distribution and storage business in Q1 2021. (See ENB stock analysis on TipRanks)

For investors wary of buying stock in a company facing increased objection to its business model, it is important to consider the bullish positions on the stock.

Investors who bought this stock for the long term lauded the recent agreement to divest the non-operating minority stake in Noverco, bringing $1.14 billion in cash for Enbridge. This represents a valuation of approximately 29x reported 2020 GAAP earnings of $39 million, according to a company press release.

Moreover, investors are depending on positive growth from Enbridge among swelling uncertainty from trending government rejection to its business, as its next earnings release nears. The company is slated to post Q2 earnings of $0.58 per share.

In contrast to the positive sentiment, Line 3 in Minnesota and Line 5 in Michigan are in the firing line with state governments. Line 3 is a 1,097-mile crude oil pipeline extending from Edmonton, Alberta to Superior, Wisconsin, and is an integral part of Enbridge’s mainline system. Line 5 supplies 65% of propane demand in the Upper Peninsula, and 55% of Michigan’s state-wide propane needs.

Line 3 is particularly worrisome as it is a vital piece of its transportation grid. Booming energy demands, caused in part by the Covid-19 lockdown, increased the amount of crude oil used by refiners. The fact that the required replacement in northern Minnesota was rejected is a cause of concern as ongoing friction between states’ environmental obligations and energy companies are coming to a head.

How Should Investors Analyze Possible Pipeline Interruptions Amid Strong Growth?

Investors in Enbridge are looking past the negative media headlines and political buildup against the company’s pipelines. Among the main reasons to be bullish on Enbridge is its business model itself. The predictable income stream from its transport business is matched by generous dividend increases.

The company is paid for the crude that flows through its pipelines, and with 25% of crude oil produced in North America running through its lines, it is safe to say Enbridge is a vital component of energy flow. This low-risk model has investors tuned in to the regulated nature of the business. Almost all of the company’s EBITDA is generated from regulated service contracts.

Fortifying Enbridge’s position in the sector is U.S. President Biden’s cancellation of the Keystone XL project, which was terminated after a key permit was revoked by an executive order. Keystone XL was proposed in the year 2008 to bring oil from Canada’s Western tar sands to U.S. refiners.

Enbridge spokeswoman Tracie Kenyon said the protests are not impacting construction. “Our main focus is the safety of all involved — our workers, first responders and the protesters themselves,” Kenyon said. “We respect everyone’s right to peacefully and lawfully protest. This project is about safety, and we remain fully committed to its timely completion.”

As the stakes remain high, Enbridge’s moat has widened and deepened. However, recent angst has caused some to cast doubt on how much longer the company’s position will remain safeguarded due to long-term carbon emission fears.

According to TipRanks’ analyst rating, ENB is a Strong Buy with 9 Buys and 1 Hold.

Enridge is on the frontline of a political divide. The company’s long-term energy contracts and locked in profitability make its revenue predictable. Ongoing renewable energy projects and other organic opportunities are expected to sustain its competitive edge, especially as it has become increasingly difficult for competition to enter the highly regulated industry.

With an uptrend of revenue over the past 10 years barring 2015, 2016 and 2020, rise in volume along with price, and a prospective buy signal from the three-month Moving Average Convergence Divergence (MACD), Enbridge will likely overcome any pending forced shutdowns.

Disclosure: Lukas Brenowitz held no position in any of the stocks mentioned in this article at the time of publication.