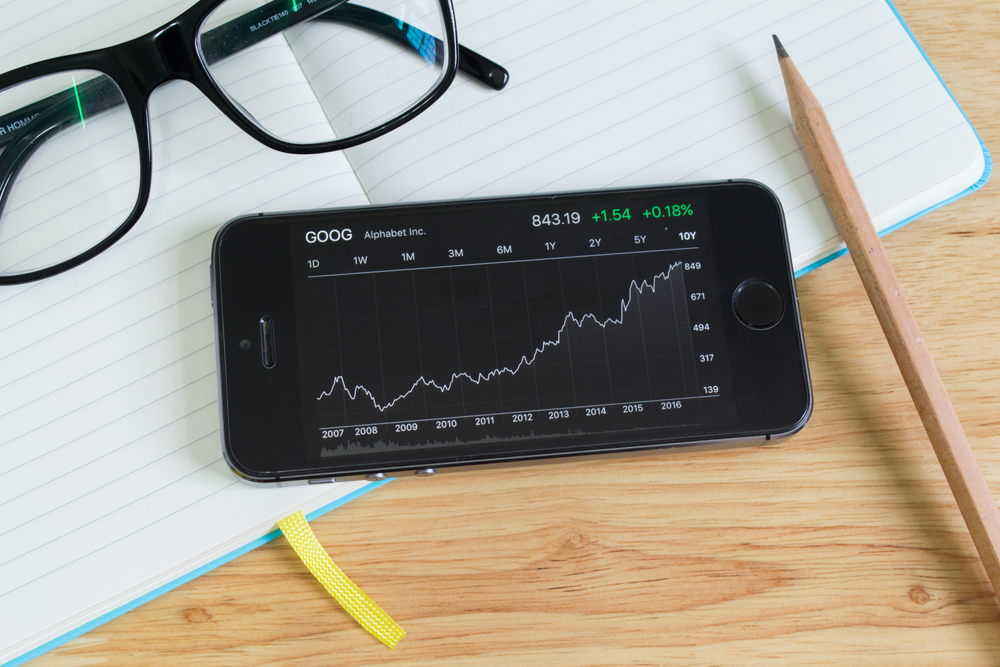 Search engine behemoth Alphabet (GOOG) has grown into a formidable tech superstar in the matter of a couple of decades. Since the company’s IPO in 2004, shares of GOOG stock have been a 50-bagger for patient investors. Indeed, that kind of growth is hard to come by with any stock over such a long time frame. Accordingly, an easy case can be made for long-term investors to continue holding this growth gem in their core portfolios in the decades to come.

As a tech giant, Alphabet’s core search business has become large enough to warrant regulatory scrutiny. We’ll get to some of the ramifications of this in a minute. However, investors who remain keen on Alphabet continue to believe that bigger is better in the monopolistic search engine space.

Google’s growth segments, such as the company’s cloud division, are where investors have been placing increasing emphasis lately. Indeed, other than Chinese tech giants Alibaba (BABA), Tencent (TCEHY), and Baidu (BIDU), Google is among the fastest-growing cloud players globally, and catching up to U.S. rivals Amazon (AMZN) and Microsoft (MSFT). Let’s dive into whether this segment will be enough to take Alphabet over the psychologically-important $2 trillion market cap level soon. (See Alphabet stock charts)

Google’s Cloud Growth Impressive, But Coming at a Cost

Alphabet has grown its cloud business to an impressive size. According to the company’s recent financial statements, Alphabet’s cloud division grew 46% year-over-year in the company’s latest quarter. Cloud revenues of $4 billion were substantial, but made up only 7.3% of the company’s overall revenue for the quarter.

Indeed, Alphabet’s Google search engine business is still the economic engine of the company. Google (net YouTube) generated 82% of Alphabet’s overall revenue. Accordingly, this is still by and large the business segment that matters, particularly from an earnings standpoint.

Google’s cloud business is growing in importance for Alphabet, but remains highly unprofitable. The company lost $974 million in earning its $4 billion in revenue this past quarter. The reality is, Alphabet is still buying market share in the cloud space. Until the company is able to scale up this business to a level where it can compete on quality rather than price, this is likely to be the case.

However, like many of Alphabet’s unprofitable businesses, such as those included in Alphabet’s “Other Bets” category (which lost even more money), investors remain bullish on Alphabet’s ability to monetize these businesses well, as it has done with YouTube. Time will ultimately tell how profitable Google’s rising prevalence in cloud computing will be. All in all, should margins begin to expand significantly in this segment, investors can expect to see significant gains over time.

Is Alphabet’s Size Becoming a Problem?

Bigger is usually better in the corporate world. Economies of scale and margin improvements over time, combined with a durable competitive advantage (moat) is what every company is after. In many respects, Alphabet’s Google segment enjoys these benefits right now.

However, regulatory concerns are starting to rear their ugly head with this company. In the U.S., Alphabet has become one of the punching bags for regulators in recent years. The U.K. is probing Google and Amazon over fake reviews. Additionally, investors may recall that pesky ruling in France where Alphabet was slapped with a 220 million euro fine for abusing its market power.

Anti-monopolistic crackdowns are happening all around the world as governments look to rein in big tech. China’s incredible crackdown on its own tech leaders has shown how painful such a targeted crackdown can be.

For investors in Alphabet, these concerns are likely easy to ignore. On the one hand, regulatory risks are certainly worth pricing in. After all, the government calls the shots with respect to how large it allows companies to get.

On the other hand, the U.S. and most free-market countries have proven to defer to technological innovation in most cases. Additionally, fines of a few hundred million dollars are really nothing to a company like Alphabet, which generates tens of billions of operating income every year.

For now, these are risks investors should be watching and keep an eye on. However, the camp that remains firm in its stance that regulatory concerns are either immaterial or non-existent seems to be correct, at least thus far.

What Analysts are Saying about GOOG Stock

According to TipRanks’ analyst rating consensus, GOOG stock comes in as a Strong Buy. Out of 10 analyst ratings, there are 10 Buy recommendations.

Alphabet remains a world-class tech company with tremendous growth potential over the long-run. That said, valuations are getting stretched today in the mega-cap tech space, so investors may want to be cautious when considering adding to their positions.

Regardless, those holding onto shares of GOOG stock really don’t have any reason to sell. Getting any sort of reasonable return in this market requires taking on some level of risk. Indeed, today, Alphabet appears to be one of the lower-risk bets in the high tech space today.