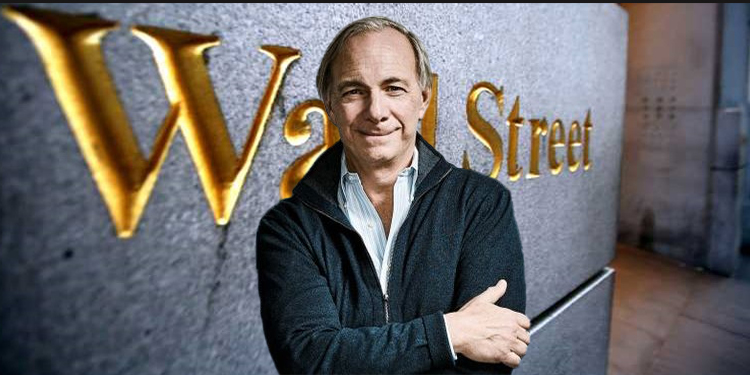 When billionaire financier Ray Dalio makes a move, Wall Street pays attention. Dalio, who got his start working on the floor of the New York Stock Exchange trading commodity futures, founded the world’s largest hedge fund, Bridgewater Associates, in 1975. Dalio been dubbed by some the ‘Steve Jobs of investing.’ Like Jobs, Dalio believes in the value of keeping decisions simple.

“Get rid of irrelevant details so that the essential things and the relationships between them stand out,” Dalio said, a viewpoint that jibes well with logic behind Jobs’ famously monotonous wardrobe.

But where Jobs gained fame for introducing new devices that met the public’s needs, Dalio has built his fortune, at least in part, by eschewing the new. We never know what new thing will take off, and so Dalio says to choose something great: “In my opinion, it is smarter to choose the great over the new.”

Looking to Dalio for investing inspiration, we used TipRanks’ database to find out if three stocks the billionaire recently added to the fund represent compelling plays. According to the platform, the analyst community believes they do, with all of the picks earning “Strong Buy” consensus ratings. Let’s jump right in.

We’ll start in the education field, where 2U operates as an educational software and tech company. 2U, as a contractor, provides a cloud-based SaaS platform, infrastructure support, and even coursework design to non-profit colleges and universities, allowing these entities to take their degree programs online.

While the COVID pandemic revealed shortcoming in online learning at the primary and secondary levels, post-secondary institutions have been moving toward this mode for years now. 2U got its start 13 years ago, and for the past two years has seen steadily rising revenues, along with expansions of its network. This month along, 2U has announced new contracts with University of Oxford in England and with Howard University in Washington, D.C.

Since getting into business, 2U has seen over 350,000 take courses on its platform, and the company now boasts over 550 courses – in undergrad and postgrad programs – from more than 80 institutions.

The 2Q21 numbers help put some spin on the potential of this niche. 2U saw revenues hit $237.2 million, up 30% year-over-year and the eighth quarter in a row of sequential gains. EPS came in at a loss, not uncommon in the tech world, but the losses have been moderating in recent quarters and at 29 cents per share the current loss is the lowest in over two year – and marked improvement from the $1.03 loss reported in the year-ago quarter. Despite the sound results, the company kept its forward guidance unchanged from last quarter, predicting revenue growth for 2021 between 19% and 23%.

Covering TWOU for Berenberg, analyst Brett Knoblauch reminds investors that there are big gains in store for this stock. Knoblauch rates TWOU a Buy, and his $78 price target implies a one-year upside potential of ~109%. (To watch Knoblauch’s track record, click here)

“2U reported Q2 2021 results that we would describe as better than expected, but management’s decision to leave guidance unchanged was a slight disappointment… However, we believe the long-term story remains intact, particularly when accounting for what edX brings 2U, and valuation remains extremely attractive at current levels given 2U’s positioning in the market,” Knoblauch noted.

Overall, it’s clear that Wall Street agrees with Knoblauch’s stance. TWOU shares have 7 recent reviews, and they break down 6 to 1 in favor of Buy over Hold, giving the stock its Strong Buy consensus rating. The shares are priced at $37.34 and have an average price target of $62.50, suggesting an upside of ~67%. (See TWOU stock analysis on TipRanks)

This San Francisco-based company, which does business as One Medical, operates a chain of primary care health clinics. The company offers in-person, in-network primary care, pediatric and family care, mental health care, and virtual consultations through a network of more than 100 offices in 12 US domestic market areas. 1Life works as a provider for over 8,000 organizations.

1Life’s virtual offering is a major selling point for the company, as it brings telehealth to the primary care universe through a mobile app. Patients can book appointments and renew prescriptions; have remote doctor visits over a video link – or just exchange messages with providers; and get reminders about appointments, lab work, screenings, and vaccinations.

The company is actively working to expand its network, and in June it entered into a definitive agreement to acquire Iora Heath, a primary care group focused on the Medicare population. Medicare, which serves primarily older Americans, is certain to see strong growth in coming decades, as US demographics age. The acquisition will be conducted through an all-stock transaction worth $2.1 billion.

While 1Life ended the recent second quarter with a net EPS loss, the company did post several solid metrics. Top-line revenue was up 54% yoy, to reach $120.4 million, and management reported having $653.8 million in cash and short-term securities on hand. Most important, however, the company membership expand by 31% yoy, to 621,000.

1Life has impressed the likes of Ray Dalio, with his firm pulling the trigger on the stock for the first time. Bridgewater bought 137,804 shares in Q2, which are now worth over $3.25 million.

“One Medical delivered more than the admittedly low expectations going into the quarter. Membership, revenues, and EBITDA both beat in 2Q, and given the tough COVID testing comps from last year, slightly lower sequential 3Q revenues was a win, particularly when combined with the full year membership and EBITDA guidance increases,” Anderson opined.

The analyst added, “Looking ahead to Iora and 2022, we are tweaking our estimates as we await the closing of the deal (now estimated to be in 3Q), but are broadly positive on the increased profitability profile for the standalone ONEM business, despite the continued growth in centers. Overall, we see ONEM continuing to grow at a mid-to-high 20% organic rate with an improving EBITDA profile.”

Overall, ONEM shares have a Strong Buy rating from the analyst consensus, showing that Wall Street agrees with Anderson’s assessment. The rating is based on 9 Buys and 2 Holds set in the past 3 months. Shares are selling for $23.62, and the average price target, at $40.50, implies ~72% upside potential. (See ONEM stock analysis on TipRanks)

Last up on our list of new positions from Ray Dalio is Cerus Corporation, a company in the biomedical products field. Cerus is developing a new blood safety system, INTERCEPT, for commercialization. The system will provide reduced-pathogen blood products for the medical industry, to improve safety in transfused blood components and other blood product uses. Cerus aims to make INTERCEPT the standard of care in blood products, especially platelets and plasma.

Earlier this month, Cerus scored a major win with the US Centers for Medicare and Medicaid Services (CMS). The company was granted permanent Healthcare Common Procedure Coding System (HCPCS) Level II codes for Pathogen Reduced Cryoprecipitated Fibrinogen Complex, or INTERCEPT Fibrinogen Complex (IFC), and Pathogen Reduced Plasma, Cryoprecipitate Reduced. The new codes are effective on October 1, and will put Cerus’s products into the billing system for Medicare and Medicaid.

Turning to the recent Q2 report, Cerus showed an EPS loss of 9 cents. This was flat year-over-year, better than the 10-cent loss reported in Q1, and better than the 10-cent loss expected by market analysts. At the top line, revenue was $31.5 million, the best in over two years. In line with the generally upbeat quarterly results, Cerus raised its 2021 product revenue guidance by 28% to 33% over last year’s results.

Among the bulls is Cantor analyst Brandon Folkes who lays out a clear, upbeat case for Cerus shares.

“We believe adoption of the company’s Pathogen inactivation platelets will be stepped up in the near term, driving sustainable double-digit revenue growth. Over the long term, CERS is developing INTERCEPT-treated red blood cells, targeting a $2B market opportunity in North America and EMEA. In our view, near-term contracts supported by long-term development plans that are well-in-motion position CERS for significant upside. We expect the U.S. to drive near-to-mid-term growth, with the ex-U.S. opportunity to drive mid-to-long-term growth, and thus we remain confident about the sustained, long-term growth potential for CERS,” the analyst explained.

Folkes gives the stock an Overweight (i.e. Buy) rating, while his $9 price target indicates potential for ~50% share appreciation in the next 12 months. (To watch Folkes’ track record, click here)

Evidently, Folkes’ colleagues also think CERS is well-positioned to deliver. The stock has a Strong Buy consensus rating, based on a unanimous 4 Buys. The forecast is for one-year gains of ~46%, given the average price target currently stands at $8.75. (See CERS stock analysis on TipRanks)