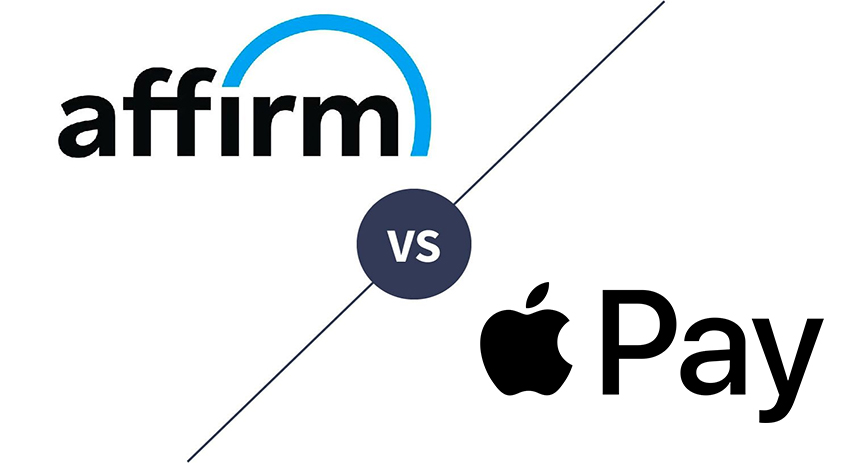 Stop me if you’ve heard this joke before.

Answer: “Anywhere it wants to.”

On Tuesday, Bloomberg reported that 800-lb. corporate titan Apple (APPL) wants to get in on the “buy now, pay later” (BNPL) game — a credit card-like product that allows customers to pay in installments for purchases made at certain retailers — that was popularized by companies like PayPal (PYPL) and Affirm (AFRM). $350 billion financial juggernaut PayPal weathered the news quite well, losing less than 1% on Tuesday, but Affirm wasn’t so lucky, and its shares fell 10.5%.

But… are Affirm investors right to be frightened of Apple? Let’s take a look at the details of Apple’s plan, and find out.

According to Bloomberg, the “Apple Pay Later” service — which has not yet launched — will allow iPhone owners to purchase products through the company’s Apple Pay service, with Goldman Sachs fronting the funds for the purchase. Later, the customer can pay back the loan to Goldman in one of two ways:

Either way, Apple will continue to get a cut of the purchase price (thus functioning as a credit card). Customers will not, however, need to possess an Apple Card credit card (which is also issued by Goldman Sachs) to use Apple Pay Later. Apple Pay Later will be usable both for online transactions and at bricks and mortar stores. And in that regard, Bloomberg notes that “85% of all U.S. retailers” accept Apple Pay at their checkouts.

Now, so far this sounds like a service that could pose a threat to Affirm’s BNPL service. And yet, commenting on the news Tuesday, Mizuho analyst Dan Dolev argued that “the knee-jerk reaction that has AFRM’s stock down -10% is largely overblown.” Although Apple Pay, per se, may be accepted at 85% of retailers, “signing up individual merchants” to accept Apple Pay Later “is easier said than done,” observes Dolev. It may be especially difficult, moreover, for Apple to displace Affirm from its retailer relationships given that “AFRM and other BNPL operators [already] have specific deals [in place] with merchants.”

At the same time, Dolev believes that Apple’s desire to enter this business could be a positive for Affirm because it actually helps to confirm “the attractiveness of the [BNPL] category,” and that Affirm is onto something with its business model.

And in that regard, the 5-star analyst reminds investors that e-commerce in the U.S. is an $800 billion-a- year business. In his estimation, if Affirm can capture just $2.6 billion of that business by 2025 (growing from $762 million in revenue over the last 12 months), it will justify a $90 price target — and a “buy” rating for Affirm stock. (To watch Dolev’s track record, click here)

As for the rest of the Street, the bulls have it. AFRM’s Moderate Buy consensus rating breaks down into 8 Buys, 4 Holds and 1 Sell received in the last three months. The 12-month average price target stands at $74.69, marking ~27% upside from where the stock is currently trading. (See AFRM stock analysis on TipRanks)