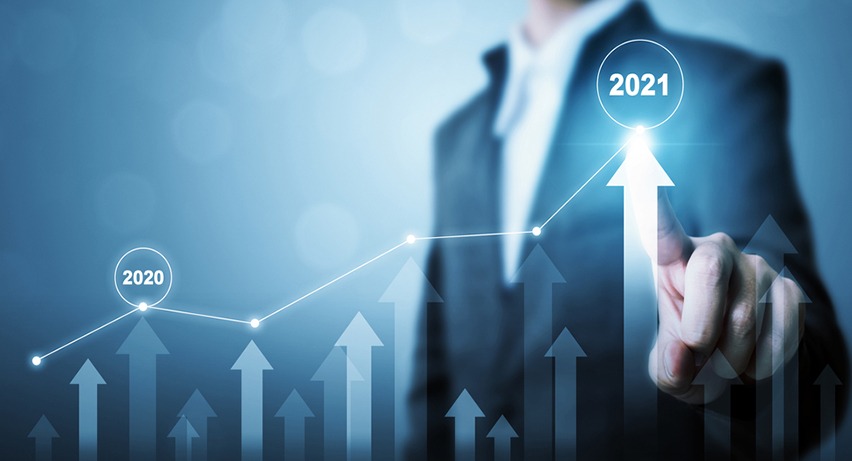 There comes a point when repetition gets boring. Both the S&P 500 and the NASDAQ saw out the week trading at – or just a touch under – record high levels again. The reaction was a sort of verbal shrug: “Oh, another new stock record.” There’s definitely a feeling ‘out there’ that we’re getting used to this, that this is normal.

It’s a crazy-high bull run, and with luck, it’s not leading to a bubble. Investors are optimistic and looking for stocks to buy – and as long as that mood prevails, we’ll continue to see repeated record highs in the markets. The question investors need to answer for now is, what will I buy today?

Wall Street’s best analysts may have some ideas on that score. Top-rated analysts – among the top 10% of all the Street’s stock pros – have been tagging the stocks they see as ‘top picks;’ think of these as the tops of the tops. We’ve used the TipRanks platform to pull up the recent data on these picks, and fleshed it out with the analyst commentary – so let’s dive in and see what makes these stocks stand out.

We’ll start with Playtika, the social gaming company that has made waves in the digital entertainment world with a wide portfolio of online and mobile gaming titles. The company boasts over 36 million monthly active users, who participate in a variety of games offered on the free-to-play, pay-to-upgrade model.

Playtika went public back in January, and remains one of the year’s biggest IPOs. The company put more than 18.5 million shares on the market, and the stock opened at $27, well above the $22 to $24 initial range. The IPO raised $1.9 billion, and PLTK now claims a market cap of $11 billion.

In August, the company released its 2Q21 financial results, the third such report since the IPO. Earnings came in positive, with a company net income of $90 million – compared to the net loss of $139.6 million in the year-ago quarter, although EPS of $0.22 missed the estimates by $0.01. At the top line, the quarterly revenue of $659 million was a company record, and beat the Street’s forecast by $15.69 million. Playtika finished the quarter with an enviable liquidity situation, including cash and cash equivalents worth $1.18 billion along with an additional $600 million in available capacity on a revolving credit facility.

Cowen’s 5-star analyst Doug Creutz has an Outperform (i.e., Buy) rating on PLTK, along with a $42 price target implying an upside of 56% for the year ahead.

Backing his stance, Creutz writes a clear bottom line, “We believe Playtika is a top-tier operator in the attractive mobile gaming market. The company has shown the ability to grow both organically and through acquisition. We believe the company’s Boost Platform provides operational advantages that improve customer retention and monetization. We expect the company to continue to grow its existing titles, begin launching new titles in 2022, and continue to engage in value-creating acquisitions.” In line with these comments, Creutz makes Playtika his “top overall pick.” (To watch Creutz’s track record, click here.)

This gaming stock has picked up 5 analyst reviews since it entered the public trading markets, and they all agree that it is one to buy, making the Strong Buy consensus rating unanimous. Playtika is trading for $26.84, and its $40.40 average price target suggests an upside of 50% in the next 12 months. (See Playtika’s stock analysis at TipRanks.)

Next up on our list is Shoals Technologies, a producer of electrical balance of systems, or EBOS, solutions for solar energy projects. EBOS includes combiner boxes, junction boxes, splice boxes, in-line fuses, racking, PV wire, cable assemblies, recombiners, and wireless monitoring systems – these, and more, are the necessary gear to carry the current produced to the inverters and then on to the power grid.

Solar tech is part of the emerging green economy, and is finding political support from the Democratic Party and the Biden Administration. In one example of that support, the state of California has pledged to become ‘carbon neutral’ by 2045. Initiatives of this kind will naturally support solar energy companies and their adjuncts.

Shoals went public, like Playtika, in January of this year – and like Playtika, the event was big. Shoals raised $1.9 billion in new capital, after putting 77 million shares on the market, at $25 apiece. Shares ended the first day of trading up by 24%, and while its trading has been volatile since then, it remains priced well above its opening level. Shoals current boasts a $5.5 billion market cap.

In its three quarterly reports since going public, Shoals has seen steadily increasing top-line revenues. The Q2 number came in at $59.7 million, up 30% sequentially and 38% year-over-year. The increase was driven by revenues from System Solutions, which rose 62% yoy. As of the end of 2H21, Shoals reported a 63% increase in backlog and awarded orders compared to last year – a development that bodes well for the company going forward.

Writing of Shoals after the quarterly release, JPM’s 5-star analyst Mark Strouse says, “We believe the print offered no drama, which should be viewed positively by investors recently concerned about potential supply-chain induced project delays, timing of new product introductions, or by the recent first follow-on equity offering, in our view. Management tone remains constructive, growth opportunities are abundant, and the firm seems to be executing well by developing new products, expanding into new markets, and signing new customers…. We continue to highlight SHLS as a top pick within our coverage universe.”

Strouse rates the stock as Overweight (a Buy), and his $46 price target indicates room for a 38% one-year upside. (To watch Strouse’s track record, click here.)

Wall Street’s analysts have not been shy about weighing in on SHLS shares; the stock has 9 reviews, breaking down 7 to 2 in favor of Buy over Hold and giving the stock a Strong Buy consensus rating. The trading price is $33.42 with an average price target of $41.56, providing 24% upside potential in the year head. (See Shoals’ stock analysis at TipRanks.)

Last up is Paya Holdings, a payment processing service based in North America. Paya is based in Atlanta, Georgia, at the heart of the growing Southeast region, and has offices in Florida, Virginia, and Ohio. Paya’s services include integrated solutions for B2B payments, and the company claims customers in the education, government, healthcare, and utility sectors, as well as non-profit corporations. By the numbers, Paya processed over $30 billion in payments last year, and boasts over 100,000 customers.

Like the other stocks on this list, Paya entered the public markets less than a year ago – in October 2020. But where the stocks above chose IPOs, Paya used a SPAC transaction to go public. The company merged with FinTech Acquisition Corporation III in a transaction that gave the combined entity an enterprise value of $1.3 billion. Since entering the public markets, Paya shares have seen volatile trading – and are now down by 23% on a year-to-date basis.

That is despite posting beats on the top-and bottom-line in its latest quarterly report. Paya reported its 2Q21 results in August. Revenue was up, by 25%, to $63.9 million, outpacing the consensus estimate by $3.09 million, while gross profit came in at $33.8 million, up from $26.2 million the year before. Non-GAAP EPS of $0.11 came ahead of the Street’s forecast by $0.03. The company also clocked a ‘payment processed’ volume of $10.7 billion for the quarter, up 36.8% yoy. On the balance sheet, Paya reported $135.6 million in cash on hand, against $250 million in total debt.

In a move to expand its business and offer more services to clients, Paya in July entered a strategic partnership with RECUR360, a partnership that will make integrated card and ACH options available for Paya’s customers. Earlier, in the second quarter, Paya acquired Paragon Payment Solutions, including that company’s non-profit and healthcare customer verticals.

BTIG analyst Mark Palmer is bullish on Paya and believes that part of the reason for the stock’s underperformance is due to SPACs falling out of favor. Investors, however, should take advantage of the depressed share price.

“The stock is our BTIG Top Pick for 2H21 in the Small/Mid Cap category (market capitalizations below $10bn) as we believe PAYA’s growth story is intact and that the yawning gap between its operating performance and its valuation is unwarranted,” the 5-star analyst wrote. “That gap has created an attractive opportunity for investors to gain exposure to a well-positioned integrated payments platform at a bargain price, in our view.”

There are 4 recent reviews on PAYA shares and they include 3 to Buy and only 1 Hold, making for a Strong Buy consensus rating. The stock is currently priced at $10.39 and its $14.50 average price target implies a 39% upside for the 12 months ahead of us. (See Paya’s stock analysis at TipRanks.)

The post Analysts Say These 3 Stocks Are Their Top Picks for the Rest of 2021 appeared first on TipRanks Financial Blog.