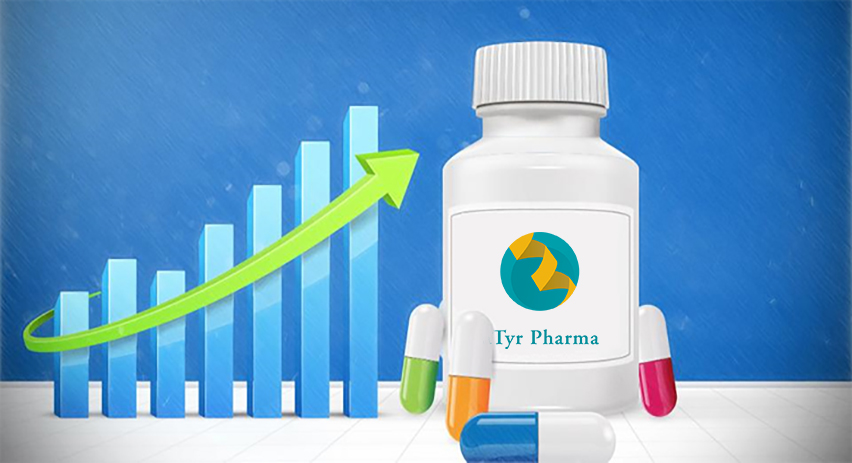 That’s because aTyr Pharma — which up until this week was a $90 million biotech startup with just $2.2 million in revenue (and $29.1 million in losses) to its name — exploded to the top of the stock charts on Monday, surging 67%, making it the top-performing stock on the Nasdaq.

What’s with all the commotion? In a note out yesterday, Jones Trading analyst Prakhar Agrawal broke it down for us, explaining that aTyr stock exploded higher because the company “announced positive topline results” from a Phase 1B/2A trial of its ATYR1923 therapy for treating patients afflicted with Pulmonary Sarcoidosis (PS), a form of interstitial lung disease.

aTyr said that clinical trial results showed ATYR1923 was “safe and well-tolerated at all doses with no drug-related serious adverse events or signal of immunogenicity,” and that the drug demonstrated “key efficacy endpoints and improvements [on] measures of steroid reduction, lung function, sarcoidosis symptom measures and inflammatory biomarkers.”

Commenting on the news, Agrawal first cautions that “this trial was proof-of-concept” and may not have “statistical significance” at this point. Nevertheless, the analyst observed that use of ATYR1923 resulted in improved lung function despite “tapering” of steroids administered, and generated “clinically meaningful improvement… in all other symptom endpoints (cough, fatigue, dyspnea)” — all “with no drug related [adverse events or] immunogenicity” (i.e. unwanted immune response).

“Net-Net,” says the analyst, aTyr’s “data are very strong… exceeding expectations & safety looks clean.” And in the analyst’s opinion, this sets up aTyr to proceed to a more statistically significant trial “next year,” involving “~200 patients” and with the trial lasting “possibly by 9-12 months.”

Accordingly, Agrawal is doubling down on his “buy” rating on aTyr stock, and raising his price target on the shares by a third, to $20 — implying the stock could still double from here, even after the recent run-up.

That’s where he expects the stock to sit a year from now, at least. As for aTyr’s long-term future, Agrawal expects the company will begin generating revenues in 2025, but continue to report losses through 2026. Only in 2027, as revenues pass the $100 million-mark, does he see aTyr generating meaningful GAAP profits (about $0.21 per share).

If that seems a long time to wait, though, then consider this: After turning profitable in 2027, Agrawal predicts that aTyr will rapidly ramp profits, and indeed grow them about 20x in three years, ultimately earning nearly $4 a share on $360 million in revenue in 2030.

Overall, there are 5 recent analyst reviews on LIFE, and they are unanimously positive, giving the stock its Strong Buy consensus rating. The shares are priced at $9, with a $19.67 average price target that suggests ~119% upside for the next 12 months. (See LIFE stock analysis on TipRanks)