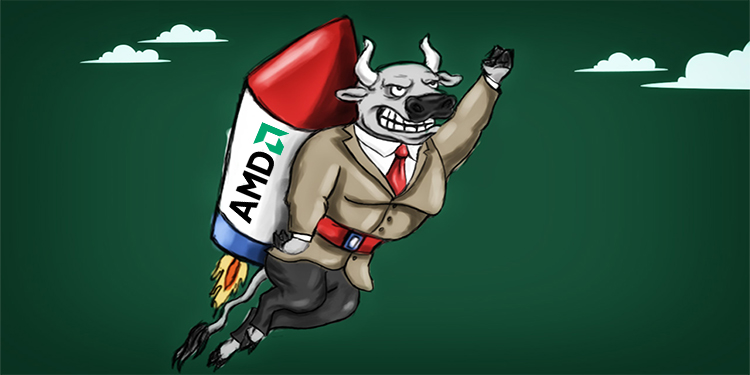 Over the past few years, Advanced Micro Devices (AMD) has become a force to be reckoned with in the semiconductor industry. Its market share has continually expanded as superior products have eaten away at traditionally bigger rival Intel’s dominance.

At the same time, the share price exploded. That is until this year, as the pullback in growth stocks has not spared AMD.

However, while the stock is in the red for the year, the company continues to impress in the real world. With this in mind, Northland’s Gus Richard thinks investors can snap up shares on the cheap.

Richard reiterated an Outperform (i.e. Buy) rating on AMD stock along with a $116 price target. Investors could be pocketing gains of ~42%, should Richard’s forecast hit the mark over the next 12 months. (To watch Richard’s track record, click here)

Richard’s analysis indicates AMD’s “market share momentum” is showing no signs of slowing down. And the analyst anticipates the company will keep on charging ahead.

“We expect an increasing mix of corporate notebook revenue to drive client revenue growth in 2H,” the 5-star analyst said. “AMD’s server market share accelerated in Q1 and AMD launched its 7nm server chip in Q1 that will likely accelerate share gains in 2H. We believe AMD is getting ample capacity from TSMC, and high-end AMD systems will be the least likely to suffer from component shortages.”

It is in the corporate notebook segment, the “high-end of the market,” in particular, where AMD is gaining market share. This has traditionally been Intel’s turf, but during CY19, Intel’s 14nm capacity hit a brick wall, which “opened the door” for AMD in this highly lucrative market.

Richard estimates that AMD’s share of the corporate notebook segment is currently “in the low single digits” but expects it will boast “significant expansion this year. “

Looking at the rest of Street’s analysts, most of Richard’s colleagues believe the shares are undervalued. Going by the $105.06 average price target, the projection is for one-year upside of 29%. Overall, the stock has a Moderate Buy consensus rating, based on 11 Buys, 7 Holds and 2 Sells. (See AMD stock analysis on TipRanks)