4 Infrastructure Stocks to Add to Your Watchlist 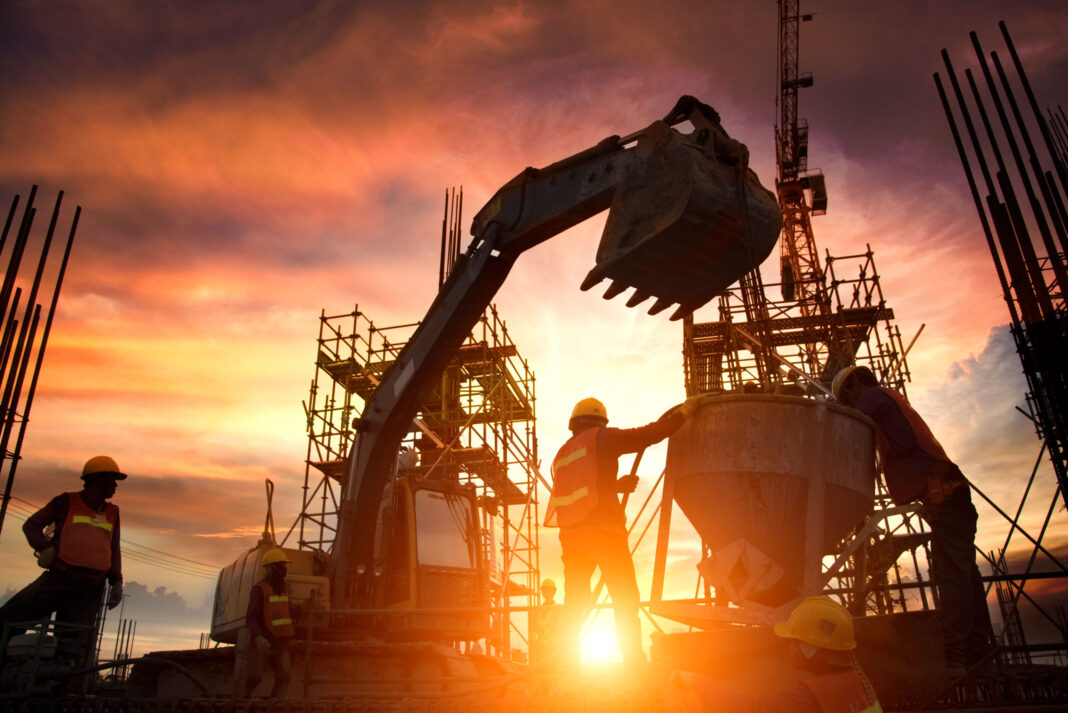 Last month, the U.S. Senate approved a $1-trillion infrastructure bill that aims to rebuild roads and bridges in the United States, fund environment-friendly initiatives, and revamp utilities, including high-speed Internet and power infrastructure.

Using the TipRanks stock Screener, let’s look at some infrastructure stocks across the above areas that could stand to benefit.

I am neutral about all the stocks mentioned in this article.

Deere is an agricultural, construction, and forestry manufacturer that could stand to benefit immensely from the infrastructure boost in the United States.

John C. May, chairman and CEO said, “Looking ahead, we expect demand for farm and construction equipment to continue benefiting from favorable fundamentals.”

The company anticipates full-year net sales to grow by 25%-30% for its Production & Precision Agriculture segment, by around 25% for its Small Agriculture & Turf segment, and by around 30% for its Construction & Forestry segment.

Following the Q3 results, Robert W. Baird analyst Mircea Dobre reiterated a Buy rating and a price target of $425 on the stock.

Turning to the rest of the Street, analysts are cautiously optimistic about Deere, with a Moderate Buy consensus rating, based on three Buys, one Hold, and one Sell.

Evercore ISI analyst James West remains concerned about the company’s near-term unprofitability. However, according to the analyst, what matters most to the stock’s valuation “is the pipeline of commercial developments and ability to achieve 3-5% market share in what could be a $300B hydrogen market in 2030.”

The analyst has a Buy rating and price target of $42 on the stock.

Turning to the rest of the Street, analysts are cautiously optimistic about Plug Power, with a Moderate Buy consensus rating, based on 12 Buys, five Holds and one Sell.

Union Pacific is a freight railroad company, and Class I railroad operating in the United States. It owns 32,313 route miles, connecting Pacific Coast and Gulf Coast ports with the Midwest and Eastern U.S. gateways, while providing several corridors to key Mexican gateways.

Revenues came in at $5.5 billion for UNP in Q2, a jump of 30% year-over-year. The increase in revenues was due to a surge in freight revenues which increased 29.2% to $5.1 billion.

The company reported an operating ratio of 55.1%, which improved by 590 basis points year-over-year.

According to Cowen analyst Jason Seidl, the company’s operating ratio in Q2 indicated that “UNP was better able to manage its profitability in the quarter compared to some other Class Is that have reported (KSU, CNI), as net productivity has continued through 1H21 ($235MM of net productivity gains in 1H21).”

The analyst is bullish on UNP with a Buy rating, and raised his price target from $238 to $239.

Turning to the rest of the Street, analysts are bullish about UNP, with a Strong Buy consensus rating, based on 13 Buys and four Holds.

The company reported revenues of $3.4 billion in fiscal Q3, up 7% year-over-year, and exceeding consensus estimates of $3.23 billion. Adjusted EPS came in at $0.73, better than analysts’ estimates of $0.72.

ACM raised its guidance for the full year, and now expects adjusted EBITDA to range between $810 million to $830 million, while diluted adjusted EPS is projected to range from $2.75 to $2.85. (See Aecom stock charts on TipRanks)

Following the results, Robert W. Baird analyst Andrew Wittman reiterated a Buy rating, but reduced the price target from $81 to $78 on the stock.

The analyst pointed out that design revenues make up 90% of ACM’s profits, and the company’s revenue backlog of $39.7 billion at the end of Q3 “speaks to a healthy pipeline of new opportunities with good funding support; indeed, staffing challenges were a limitation to growth in the quarter, a testament to future opportunity.”

“We see the stock as a steady double-digit compounder (if it sticks to its knitting) with possible modest estimate upside in F2022+ stimulus,” the analyst added.

Turning to the rest of the Street, analysts are bullish about AECOM Technology, with a Strong Buy consensus rating, based on three Buys.

Disclosure: At the time of publication, Shrilekha Pethe did not have a position in any of the securities mentioned in this article​.

Disclaimer: The information contained in this article represents the views and opinion of the writer only, and not the views or opinion of Tipranks or its affiliates, and should be considered for informational purposes only. Tipranks makes no warranties about the completeness, accuracy or reliability of such information. Nothing in this article should be taken as a recommendation or solicitation to purchase or sell securities. Nothing in the article constitutes legal, professional, investment and/or financial advice and/or takes into account the specific needs and/or requirements of an individual, nor does any information in the article constitute a comprehensive or complete statement of the matters or subject discussed therein. Tipranks and its affiliates disclaim all liability or responsibility with respect to the content of the article, and any action taken upon the information in the article is at your own and sole risk. The link to this article does not constitute an endorsement or recommendation by Tipranks or its affiliates. Past performance is not indicative of future results, prices or performance.

The post 4 Infrastructure Stocks to Add to Your Watchlist appeared first on TipRanks Financial Blog.