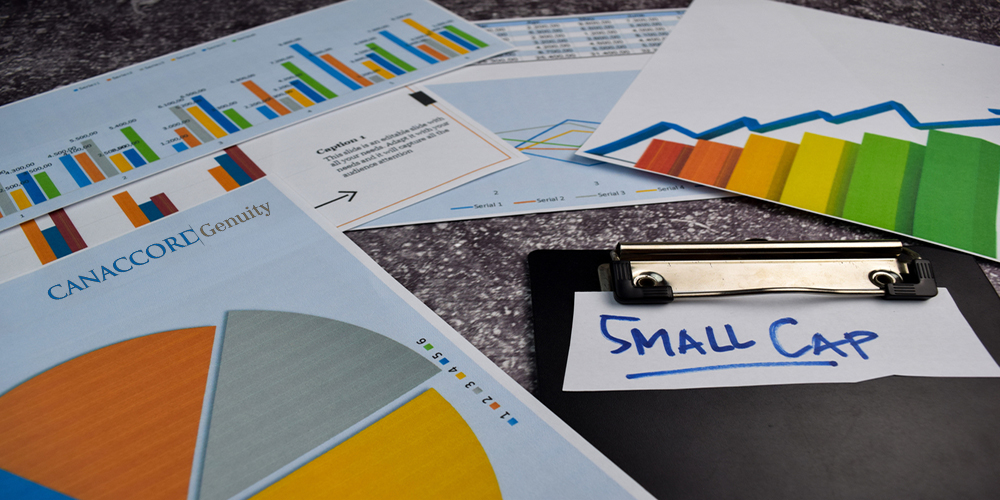 It’s tempting to just buy into big names, and trust the herd wisdom to bring market returns. And that can work – there’s no doubt that shareholders in companies like Apple or Microsoft are happy with their long-term holdings. But those stocks come with baggage, in the form of high share prices. Investors seeking an easier point of entry need to look elsewhere.

Smaller cap companies bring other advantages, too, besides lower initial buy-in costs. Simple mathematics dictates that a smaller company can grow in value faster than a large one. Think about the scale of increase required for, say, Apple – with a $2.4 trillion market cap – to double in value. A company with a $240 million valuation, however, will have a far easier time reaching that milestone, and the investors will reap the rewards.

With this in mind, we’ve used the TipRanks database to pinpoint three stocks that fit a profile: a market cap under $2 billion and a share price below $10. Even better, these small-cap tickers have Strong Buy consensus ratings from the analyst community, and boast strong upside potential. We’re talking about over 80% here.

EV technology isn’t new – it’s been around since the dawn of the automobile – but it has matured in the last couple of decades, and turned from a curiosity into a viable system. Batteries have improved, and combined with modern digital tech, electric cars are now achieving the range, charging times, and reliability to compete with current combustion engine vehicles.

Xos is an electric truck maker, specializing in all-electric medium- and heavy-duty trucks optimized for ‘last-mile’ commercial operations. This is a niche particularly well suited to EVs, especially larger, heavier models with charge ranges between 100 and 200 miles. That is sufficient for daily operations in urban areas, making final deliveries in the ‘last mile’ of a supply chain operation. Xos currently has electric truck platforms operating with Loomis and Wiggins Lift Co., among others.

The company is one of many that has taken advantage of rising market conditions this year to go public, and entered the NASDAQ through a SPAC merger that was completed this month. The XOS ticker started trading on August 20, and the merger brought $216.7 million in cash to the company.

Michael Shlisky, analyzing the stock for D.A. Davidson, notes that Xos has vehicles in operation and under construction contract, in contrast to many speculative EV companies that have ‘pre-orders.’ Of the company’s path forward, he writes, “Xos has over 2,000 vehicles in-contract today; this backlog covers all of 2021 and much of 2022 as well.”

Shlisky also points out that Xos occupies an vital niche in the trucking industry, and is well positioned to expand its orders.

“Xos happens to be entering the Class 8 truck market in a good year, at the start of what looks to be a multi-year up-cycle amid shortages and delays at the main ICE manufacturers. This can only help the company, as a substantial need for new truck capacity of any type and high diesel prices should lead to increased inquiries at the very least. Subsidies and upcoming regulations provide an additional tailwind. The need for new capacity in Class 5-6 walk-in vans may be even more dire, and the openness to trying EVs may be even greater,” Shlisky explained.

In line with these comments, Shlisky rates XOS a Buy, and his $19 price target implies ~215% upside for the coming year. (To watch Shlisky’s track record, click here)

Overall, it’s clear that Wall Street likes what it sees here. The stock has 3 recent reviews, and they all agree to Buy, making the Strong Buy consensus unanimous. The stock is selling for $6.04, and its $20 average price target suggests that it has room to grow ~231% in the year ahead. (See XOS stock analysis on TipRanks)

Taboola is a name that you’ve probably seen while surfing the web. The company is a recommendation engine, gathering data on the sites that you visit, and providing side banner links banks on your web history. Clicks generate revenue – paid by the advertisers to Taboola. It’s a big business online, and while this type of targeted advertising has generated its share of controversy over data privacy issues, we all know that it’s not going away.

A look at some numbers will show just how big the business is. Taboola saw $1.2 billion in revenue last year, works with 9,000 digital property owners and 13,000 advertisers, and boasts that it enables some 500 million ad ‘reaches’ per day. The company went public through a SPAC merger in June of this year, and realized $526 million from the transaction. The TBLA ticker started trading on June 29.

Taboola has balanced its strong performance on a foundation of solid advertising relationships, with big-name sites like Bloomberg, Business Insider, CBS News, and MSN. The company continues to bring in results, as shown by the recently released 2Q21 numbers, Taboola’s first quarterly report as a public entity. Revenue in Q2 came in at $329.07 million, up 22% year-over-year. Gross profit grew by over $16 million, to $100.2 million, and the company saw its cash and cash equivalents grow from $152.7 million to $585.2 million. This last reflects the cash infusion from the completed SPAC merger.

The sound results prompted management to raise the full-year 2021 guidance to the range of $1.316 billion to $1.323 billion; the previous guidance was $1.308 billion at the top end. Achieving the new guidance will bring approximately 11% year-over-year revenue growth.

At the end of July, Taboola acquired Connexity, an e-commerce platform with more than 1 million month transactions. The acquisition will make allow Connexity’s merchant clientele to work with Taboola’s platform.

5-star analyst Ronald Josey, of JMP, writes of Taboola way forward: “We continue to be focused on Taboola’s core business, which we view as highly defensive given the company’s exclusive, multi-year publisher relationships and always-on, ROI based advertiser spend. With significant optionality with Connexity accelerating Taboola’s eCommerce offerings and improving yield, high impact ads attracting more video budgets, and more non-traditional placements (like Taboola’s Samsung Brazil partnership), we believe Taboola can grow faster than overall digital advertising in the mid-to-high teens. To that end, we believe Taboola is underappreciated…”

Unsurprisingly, Josey rates TBLA an Outperform (i.e. Buy), along with a $17 price target. Investors could be pocketing gains of 94%, should Josey’s forecast hit the mark over the next 12 months. (To watch Josey’s track record, click here)

The unanimous Strong Buy consensus rating on TBLA is based on 5 reviews since the stock entered the public markets. Shares are currently priced at $8.75 each, and their $16.40 average price target suggests a one-year upside potential of ~87%. (See TBLA stock analysis on TipRanks)

Last but not least is Viking Therapeutics, a clinical stage biopharma researcher developing new treatments for metabolic and endocrine disorders. Viking is focusing on orally dosed, first-in-class therapies to treat a range of issues, from the liver condition non-alcoholic steatohepatitis (NASH) to diabetes. The company also has a research line on the medial treatment of hip fractures, and associated muscle wasting. Viking’s drug candidates are small-molecule compounds.

The company’s pipeline features several tracks in ongoing clinical testing. The VOYAGE study is evaluating VK2809 for the treatment of NASH. The Phase 2b study has shown clinically significant results, with 88% of patients experiences upwards of 30% reduction in liver fat content. The drug also showed an acceptable safety and tolerability profile. Initial data from this study is expected next year.

The other major recent clinical trial news came from the Phase 1 tests of VK0214, a drug under investigation for the treatment of X-linked adrenoleukodystrophy (X-ALD). VK0214 passed its Phase 1 trial of safety and tolerability after oral dosing for 14 days. No adverse effects were reported, and VK0214 has been initiated in a Phase 1b trial in the US. Data is expected to start coming in from this trial during 2022.

Standing squarely in the bull camp, BTIG analyst Justin Zelin rates VKTX a Buy along with a $20 price target. This target puts the upside potential at a whopping 221%. (To watch Zelin’s track record, click here)

Backing his stance, Zelin writes: “We re-iterate our thesis on Viking’s VK2809, a thyroid hormone receptor beta (THRβ or THβ) agonist, to be best-in-class to Madrigal’s Resmetirom, which is currently in Phase 3 development. Although MDGL has a 2-3 year lead in development, we expect ‘2809 to have a cleaner safety profile with equally efficacious effects on key NASH endpoints and believe upcoming 12 week MRIPDFF interim data from Phase 2b VOYAGE in 2022 to be a catalyst for the company. Given the similarities in assets with additional advantageous for Viking, we see large upside to stock value…”

All in all, Viking has unanimous approval from the Wall Street analysts, and its Strong Buy consensus rating is backed by 7 recent positive reviews. The shares are priced at $6.23 with an average price target of $15, implying ~141% one-year upside potential. (See VKTX stock analysis at TipRanks)

The post 3 "Strong Buy" Stocks Under $10 That Are Poised to Take Off appeared first on TipRanks Financial Blog.