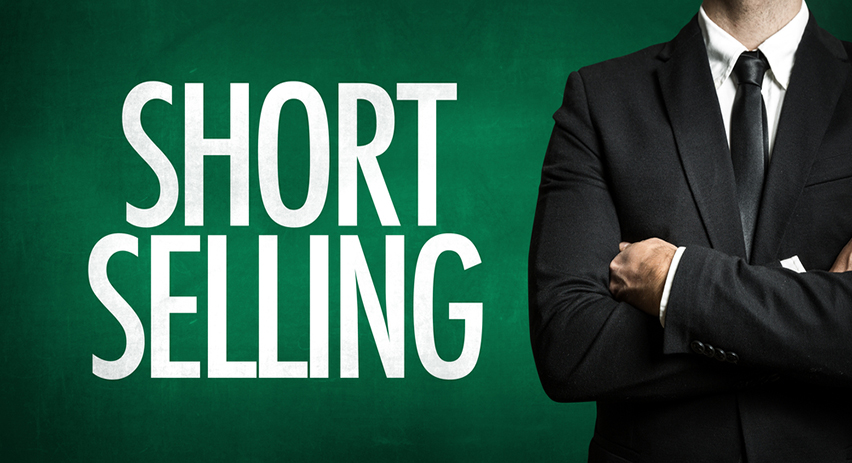 Shorting stocks can bring an investor serious profits – but there’s commensurate risk, as well. Basically, the short trader is betting that a stock will fall in price; it’s the opposite of most stock trading, in which the investor wants the shares to gain.

Gaining, of course, is the risk in a short trade. There’s no ceiling on a stock’s potential gains, and in theory, a particular stock can see its price increase infinitely. But in a short sell, the trader has made the initial transactions on borrowed shares – it’s called a short because the trader has conducted stock buys using shares he doesn’t own, and in on the hook to return. The position is closed when the trader buys the original shares on the open market – and if he buys them at a price lower than the initial borrow, he’ll make a profit on the difference.

Short trading is not for the faint-hearted. But it still remains a popular trading strategy, and as we saw earlier this year, in the now-infamous GameStop short squeeze, shorting can have a profound impact on the markets.

With this in mind, we turned our attention to three stocks that have been heavily shorted in recent weeks, and we’ve used the TipRanks database to find out just where they stand. The results are interesting – these are ‘strong buy’ stocks with notable support from top analysts – i.e. analysts with the strongest track record of rating success.

We’ll start with PubMatic, a software company in the marketing and advertising sector. PubMatic’s software platforms are targeted at digital publishers, and offer tools for media buyers and app developers. The company boasts that it can improve monetization rates and ad quality, boosting publishers’ and advertisers’ revenues and return on investment. Every day, PubMatic sees more than 1 trillion advertiser bids on its platforms, and processes more than 2 petabytes of new data.

Right now, PUBM shares are one of the market’s most heavily shorted, with the short interest at 55%. It’s a clear sign that this stock has been targeted by short sellers.

The stock’s share price presents an interesting picture, too. PubMatic went public in December of last year, and PUBM shares peaked at nearly $70 at the beginning of March. Since then, the stock is down, coincidentally, 55%.

In its six months as a public entity, PubMatic has released two quarterly earnings reports. The second report, for 1Q21, showed revenue at $43.6 million, up 54% year-over-year – but down 17% sequentially. Earnings, at 9 cents per share, showed a similar pattern. The EPS was up significantly from the break-even reported one year ago, but down sharply from the 39-cent profit reported in 4Q20. On a sound note, PubMatic finished Q1 with $110 million in liquidity and no debt.

This relatively new stock has caught the attention of JMP Securities analyst Ronald Josey, who holds 5 stars from TipRanks and is rated #32 out of all of Wall Street’s analysts.

“Simply put, PubMatic is executing exceptionally well. Every vertical except for political and travel grew 50%+ Y/Y, the majority of revenue now has an alternative identifier associated with it that is not cookie based nor IDFA, and SPO as a share of ad spend nearly doubled Y/Y in the quarter. With ad spend consolidation likely to continue—PubMatic could have the majority of revenue come from SPO deals over time—and OTT/CTV a catalyst for additional spend growth as the ~$230B of global TV spend increasingly moves to data-driven programmatic sales channels, we believe PubMatic has a long runway to maintain elevated levels of growth,” Josey opined.

These comments back up Josey’s Outperform (i.e. Buy) rating on PUBM shares. His $64 price target implies an upside of ~85% for the year ahead. (To watch Josey’s track record, click here)

The Strong Buy consensus view on PubMatic’s shares is based on 7 analyst reviews, breaking down to 6 Buys and 1 Hold. The average price target is $52.40, which suggests ~52% upside from the trading price of $34.51. (See PUBM stock analysis at TipRanks)

Next up, Ontrak, is a data and analytics tech company that lives in the healthcare sector. Ontrak occupies a unique niche, using AI to power a platform that tracks and monitors patients’ chronic health conditions – not always the primarily diagnosed disease, but the underlying chronic issues, both systemic and behavioral, that can worsen disease. The goal is behavior modification, to both improve health outcomes and deliver cost savings in the health system. Ontrak’s service has been shown to reduce medical costs by up to 40% in some cases.

So, Ontrak has a successful product – but the stock plummeted from the beginning of February into March, after news that the company had lost the contract with Aetna, its largest customer. That news pushed down 2021’s forward guidance, and prompted a major sell-off; OTRK shares are still down 65% from their January 27 peak.

Which would seem to fit with the 33.32% short interest in the stock. Ontrak is currently one of the market’s 20 most heavily shorted stocks.

There was good news for Ontrak during Q1, however, and the quarterly earnings release highlights some of it. Revenues came in at $28.7 million, down slightly from the previous quarter but still the second-highest top line of the past two years. Year-over-year, revenues were up 133%, and cash flow from operations switched from a $3.1 million cash lost one year ago to a net of $6.4 million available in Q1. And in good news for the company’s program, a study of treatment effects showed that Ontrak produced significant results for medical providers: a 64% decline in inpatient admissions, and a $486 cost saving per member per month.

Andrew D’Silva, a 5-star analyst with B. Riley Securities, acknowledges Ontrak’s headwinds, especially the Aetna loss and its impact on revenues and profits. He does, however, come down squarely with the bulls regarding the company’s path forward.

“While sales will be materially impacted, the termination should result in increased member conversion rates, higher ASPs and increased gross margins for OTRK… Given the strong 1Q21 and existing business outside of Aetna (54% or ~$15.5M of 1Q21’s sales weren’t Aetna related), we believe the revised guide is conservative and doesn’t reflect the signing of any new logos,” D’Silva opined.

To this end, D’Silva puts a $58 price target on OTRK shares, indicating his confidence in a 66% 12-month upside potential and backing his Buy rating on the stock. (To watch D’Silva’s track record, click here)

What do other analysts have to say? 5 Buys and a single Hold add up to a Strong Buy analyst consensus. Ontrak’s shares are priced at $34.90 and have an average price target of $41, suggesting a 17.5% one-year upside. (See OTRK stock analysis on TipRanks)

We’ll wrap up this list of short stocks with PRTS, or CarParts.com. This e-commerce company makes it easy and inexpensive for consumers to buy quality after-market car parts by factor direct. CarParts.com cuts away the middleman, and the brick-and-mortar infrastructure, and its combination of low cost and quick delivery served the company well during the corona crisis.

This could explain the stock’s share price. Over the past 12 months, PRTS shares are up 107%. As for the short sellers, PRTS has gotten their attention. The stock has a 25.11% short interest, and is one of the top 20 most shorted stocks currently.

In May, the company reported 1Q21 results and the shares have been slowly rising since. CarParts.com reported 65% yoy growth in quarterly sales, to a record level of $144.8 million, and marked its 5 quarter in a row of year-over-year revenue gains. The company saw gross profits of $49.2 million, also up 65%, and is looking at plans to expand its Texas distribution center to more than 1 million square feet.

From Roth Capital, Darren Aftahi, another 5-star analyst, writes of CarParts.com: “PRTS still seems to be operating at essentially ‘full capacity’ meaning it is selling as much as it can be, based on current inventory levels. We believe this is likely the reason behind ‘active discussions’ to expand its TX DC by ~75%, which would provide greater upside to inventory long term and allow sales to expand, although likely with a 2022 and beyond ‘full’ impact. With the potential expansion, we believe additional operating leverage could be had due to the existing footprint/ overhead.”

The analyst summed up, “Shares remain attractive trading like a ‘no growth stock’ at ~1.3x FY21 sales relative to ~21% y/y projected growth when compared to higher growth peers between 2x-4x…”

Aftahi’s upbeat outlook leads him to put a Buy rating on the stock, and his price target, of $30, implies an upside of ~65% for the year ahead. (To watch Aftahi’s track record, click here)

All in all, there are only 3 reviews on record for this stock, but all are positive – making the Strong Buy consensus rating unanimous. The shares are trading for $18.20 and have an average target of $23, for ~26% upside on the one-year time frame. (See PRTS stock analysis on TipRanks)