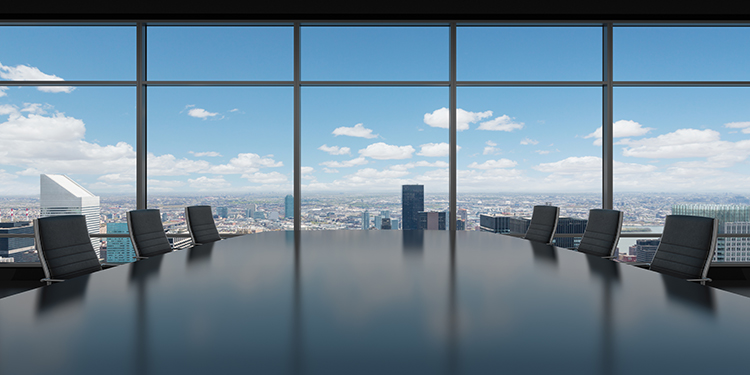 Every investor wants an ‘in,’ some hint that will tell exactly what a stock is going to do, and when. The kind of signal that will cut through the market’s noise, and makes sense of the deluge of raw data that every company generates. Multiply that data by 10,000 publicly traded stocks, and you’ll have some idea of just how daunting the markets can be.

It’s tempting to follow an expert: a Wall Street analyst, or a trading guru. They all have important contributions to make. But here, we’ll take a look at some corporate insiders. These are names you likely haven’t heard, because they have a lower profile. They are company officers, with close insight to their own companies and business niches.

Insiders know what’s in store for their companies, based on their positions of corporate responsibility – responsibility to Directors and shareholders, for bringing in profits and returns. Which makes their trades a sound place to start looking for solid buys.

TipRanks’ Insiders’ Hot Stocks tool offers investors a range of ways to follow insiders, and data filters that make search results easy to parse. We’ve picked three stocks with recent informative buys to show how the data works for you.

The company has seen sound revenue and earnings through the last 5 quarters, which continued in its latest quarterly statement. Nicolet reported EPS of $1.77 per share in 2Q21, based on $18.2 million in net earnings. The net was up 34% year-over-year, with the EPS gaining 38% – and beating consensus by over 8%. Revenue also came in ahead of the Street’s forecast, increasing by 13.8% from the same period a year ago to reach $55.75 million, a $19.62 million beat. The company finished the first half of the year with $4.6 billion in total assets, of which $792 million was cash or cash equivalents.

Management boasts that Nicolet has the most active acquisition record among Wisconsin banks – and in 1H21, the company made two relevant announcements. First, in April, Nicolet reached a firm agreement to acquire Mackinac Financial, a regional bank with $1.5 billion in assets. The deal will close in 3Q21, pending shareholder approval; regulatory approval has already been obtained.

Second, Nicolet entered an agreement to acquire County Bancorp, a major agricultural lender in Wisconsin. County will also bring $1.5 billion in assets to the company, and the merger is expected to close in 4Q21. Both companies are now seeking shareholder and regulatory approval.

“We believe that NCBS deserves a premium due to its record of making accretive acquisitions, the most recent of which was announced last month…. Since 2016, NCBS has acquired Baylake Corp, First Menasha Bancshares, and Choice Bancorp to become the leading independent bank in the demographically attractive areas of Green Bay and the Fox Valley. Its recently-announced acquisitions of MFNC [Mackinac] and ICBK [County] should continue NCBS’ streak of successful acquisitions, in our view,” Diana wrote.

Diana gives the stock a Buy rating and $94 price target that suggests room for 30% share appreciation in the year ahead. (To watch Diana’s track record, click here)

This small-cap banking company has picked up 3 recent reviews from Wall Street – and they all agree that it’s a stock to Buy, making the consensus a unanimous Strong Buy. The shares are priced at $72.33 and their $89.33 average price target implies a 23.5% one-year upside potential. (See NCBS stock analysis on TipRanks)

The second stock on our list is another bank holding company, this time the parent corporation of Montana-based Glacier Bank. The company has banking locations across 8 states, including Montana, Idaho, Wyoming, Colorado, Utah, and Arizona, Washington and Nevada. Glacier Bancorp is another of the many regional mid-cap banking companies, and its subsidiary offers the usual range of banking services to individual and commercial clients, in both brick-and-mortar locations and online.

Glacier boasts over 190 locations, total assets of $20.5 billion, deposits of $16.8 billion, and loans of $11.2 billion. The company’s year-to-date net income is given as $158.4 million. Second quarter income was $76.2 million, up $14.2 million year-over-year, or 22%. EPS came in at 81 cents, gaining 21% yoy and beating the forecast of 73 cents by over 10%. Excluding the PPP (payroll protection program) activity from the government during the corona crisis, the company reported a 10% annualized increase in loan activity, mainly in commercial lending, a gain of $249 million in the quarter.

Like Nicolet above, Glacier is active in acquisition activity, and announced a merger with Altabancorp during the quarter. This Utah-based company will bring assets worth $3.52 billion to the table, once the merger receives shareholder and regulatory approval.

On the insider front, the ‘informative buy’ here was made by Craig Langel, Director and Chairman of the Board at Glacier Bancorp. Langel spent $773,250 on 15,000 shares of GBCI.

Brandon King, covering Glacier for Truist, writes: “We view GBCI as a preferred acquirer in a footprint with limited competition and attractive demographic trends. The company has a disciplined credit culture and was able to resolve a higher than peer level of problem assets a few years ago. Moreover, the company has one of the best deposit bases in the country, which should provide greater NIM support in a higher rate environment. In our view, GBCI will likely continue to augment organic growth with digestible acquisitions given its strong currency.”

King rates GBCI a Buy, and sets a $60 price target, implying an upside of 17% in the next 12 months. (To watch King’s track record, click here)

Overall, Glacier’s shares get a Moderate Buy from the analyst consensus, based on 2 Holds and 1 Buy. The shares are priced at $51.18 and their $58 average price target suggests an 11% upside from that level. (See GBCI stock analysis on TipRanks)

Last but not least is IMARA, a clinical stage biopharmaceutical firm, engaged in research on Hemoglobinopathies. Specifically, the company has a drug candidate in the pipeline as a treatment for sickle cell disease and beta thalassemia. These are two blood disorders – both sets of related diseases – that cause anemic symptoms; sickle cell disease is a genetic disorder that causes misshapen red blood cells and can lead to serious quality-of-life issues and shortened life span, while beta thalassemia is a hemoglobin disorder, also inherited, that reduces the blood’s ability to carry oxygen. Neither set of diseases currently has a fully effective treatment.

The chief drug candidate in IMARA’s pipeline, IMR-687, is a selective and potent small molecule that inhibits PDE9. PDE9, in turn, plays a part in lowering levels of cGMP in blood-disorder patients, with associated inflammation, reduced blood flow, and other symptoms. Blocking PDE9 has been associated with reactivation of fetal hemoglobin – with consequent reduction of symptoms.

In June, IMARA reported final data from a Phase 2a clinical trial of IMR-687 in sickle cell disease which showed a significantly lower annualized rate of vaso-occlusive (blood flow blocking) crises (VOCs) in patients. New patients started on the drug also showed a longer time to the first VOC. IMR-687 was also well-tolerated by patients, both as a monotherapy and in combination with hydroxyurea.

In insider trades, the key transaction from an investor perspective was made at the end of July by Board member Mark Chin. Chin bought 1.333 million shares for nearly $8 million. Chin’s stake in the company now totals over $13.5 million.

Leerink analyst Joseph Schwartz is bullish on IMRA, and takes the long-term view when assessing the company’s prospects.

“Although IMRA shares have been under pressure this year, we believe encouraging Ph.2a VOC data should give the stock some lift today ahead of Ph.2b interim data expected in 2H21… Ahead of interim Ph.2b ARDENT and FORTE data in 2H21, we reiterate our OP rating on IMRA,” Schwartz wrote.