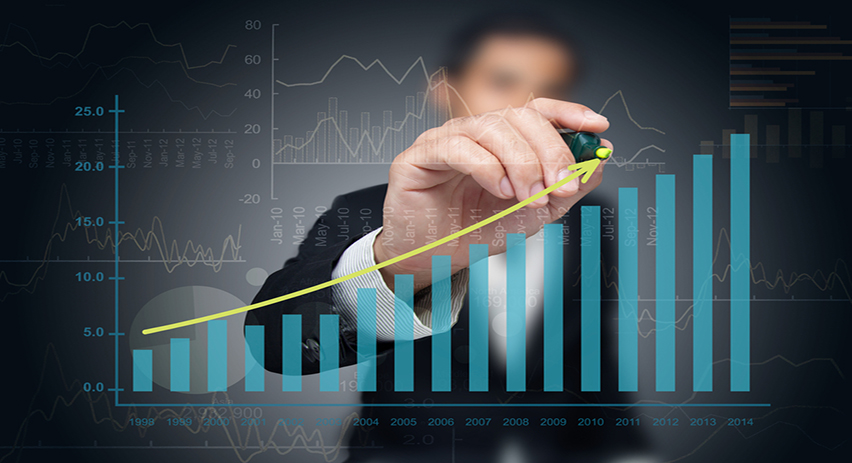 The buzz lately has been all about growth. Stocks are high, and going higher. The gains we’re seeing now are the current extension of a long-term trend – markets have been rising for several years, and their derailment during last year’s corona crisis appears, in hindsight, to have been blip more than anything else.

As President Kennedy said long ago, a rising tide lifts all boats – and right now, a savvy investor can find plenty of boats to jump on.

So let’s go find some of those rising boats. Using TipRanks’ database, we locked in on three exciting growth names, according to the analyst community. Each analyst-backed ticker stands to notch more gains on top of its already impressive growth. Let’s take a closer look.

We’ll start in the healthcare industry, where Evolent Health is a service company to the medical providers. Evolent offers administrative and clinical service to the payers and providers in the healthcare system, working to push down costs while keeping up the quality of care. Evolent’s services include core administration, actuarial services, risk adjustment, pharmacy benefit management, medical and behavioral health integration, and an integrated technology platform to track it all efficiently.

Evolent saw steep EPS losses at the end of 2019 and the beginning of 2020, coinciding with the worst of the corona crisis – but losses have been moderating in recent quarters. For the most recent report, 1Q21, the company showed a 12-cent net loss per share – but that was much improved from the year-ago quarter’s EPS loss of 93 cents.

During the first quarter, Evolent announced several new partnerships with healthcare providers, including a network of primary care clinics. The company’s platform currently has over 11.6 million patients’ data under management.

Evolent shares have raced ahead 195% over the past 52 weeks, but would you believe it could go up another 35%? Truist analyst Sandy Draper does. The analyst rates EVH a Buy along with a $31 price target. (To watch Draper’s track record, click here)

“We continue to believe EVH can grow its top line at 15%-20% annually and achieve positive EBITDA margin expansion. Recent wins including Florida Blue are driving growth this year and new wins in 1Q21 (including a large unnamed health plan) should drive growth in 2022. We think the current valuation does not reflect the improving growth dynamics and de-risked balance sheet,” the 5-star analyst opined.

Draper went on to enumerate several key advantages Evolent offers for market investors: “We view Evolent as a unique play on the transformative shift from the current fee for service environment to value based care in the U.S… We believe that Evolent is differentiated by its proprietary underlying technology platform called Identifi, expertise… and proven track record with existing customers.”

Overall, this stock has 5 recent analyst reviews on file, and they break down 4 to 1 in favor the Buys over the Hold. The shares are currently trading for $22.79 and have an average price target of $26.80, giving the stock an upside potential of ~18%. (See EVH stock analysis on TipRanks)

Our modern world has given us a wealth of technologies and products that have improved our lives – and also brought along a host of unwanted side effects in the form of corrosion and pollution. Northern Technologies is in the business of corrosion prevention, developing a line of products including packaging products and rust preventatives and removers. The products prevent waste, and encourage recycling by aiding the refurbishing and remanufacturing of engines and other industrial components.

NTIC has been selling its proprietary ZERUST products and services to the automotive, electronics, electrical, mechanical, military and retail consumer markets for over 40 years, and over the past few years has targeted and expanded into the oil and gas industry.

Meanwhile, NTIC’s Natur-Tec line has been in the news recently, winning a ‘Masters of Innovation’ award and getting additional notice for its line of biodegradable plastic substitutes.

The company recently reported its financial results for fiscal 3Q, ending March 31 of this year. The report showed a 58% yoy net sales increase, to $15.4 million, for a new company record. EPS was also positive, at 21 cents, and far above the 11-cent loss reported in the year-ago quarter.

2021 has been kind to NTIC, to say the least. Since the year kicked off, shares have skyrocketed 75%.

NTIC’s solid performance has caught the eye of Northland analyst Gus Richard, who sees the company in a sound position, with demand recovering and production ramping back up.

“Over time we believe there is a lot of earnings growth from ZERUST Oil & Gas. In addition, in the fall as re-opening continues NTIC’s NaturTec compostable plastic business will continue to recover. ZERUST is above pre-pandemic levels demand likely flattens out in FY22,” the analyst noted.

To this end, Richard rates NTIC a Buy along with a $24 price target that indicates confidence in ~31% growth for the months ahead. (To watch Richard’s track record, click here)

Richard’s is the only review currently on file for NTIC shares, which are priced at $18.27. (See NTIC stock analysis on TipRanks)

For the last stock, we’ll shift gears and look at retail. Founded in Chicago and now based in Wisconsin, Lands’ End is a well-known name in mail order and online sales – although it does operate a network of brick-and-mortar stores. The company deals mainly in casual clothing, footwear, and home products and accessories.

In May of this year, Lands’ End officially launched its 3rd party seller platform, Lands’ End Marketplace. The platform had been soft-launched for beta testing in June of last year, and showed promise for quick expansion. Marketplace will expand the range of products offered through Lands’ End, while allowing 3rd party customers take advantage of Lands’ End’s established customer service and support.

Turning to the financials, Lands’ End reported strong yoy gains in revenue and EPS in the first quarter of this year. The 1Q21 report showed $321.3 million in net revenue, up 48% from the year before; the company’s global e-commerce grew by 44.4% to $260 million. The company’s net income was $2.6 million, or 8 cents per share. This was a dramatic turnaround from the steep loss of $20.6 million reported in 1Q20.

During the past 12 months, while Lands’ End’s revenues and earnings were making strong yoy gains, the company’s shares appreciated an astounding 398%. Yet, Craig-Hallum analyst Alex Fuhrman believes the stock has a bit more room to grow.

“We think there is considerable opportunity for upside to estimates in the back half of the year as millions of Americans return to their workplaces for the first time in more than a year, setting up an unprecedented rewardrobing event. Lands’ End has a wide assortment office-appropriate clothes, and should generally benefit from a pandemic-accelerated shift in workplace fashion towards more comfortable, casual attire,” Fuhrman wrote.

The analyst added, “Looking to the balance of 2021 and beyond, we envision continued e-commerce growth, as 2020’s growth was likely the result of market share gains from brick and mortar foes rather than ‘pantry loading,’ while the retail and uniforms channels have potential for substantial growth ahead.”

Based on the above, Fuhrman rates LE a Buy along with a $50 price target. This figure implies ~20% growth over the next 12 months. (See LE stock analysis on TipRanks)

LE has slipped under most analysts’ radar; Fuhrman is the only bull in the picture right now. (See LE stock analysis on TipRanks)