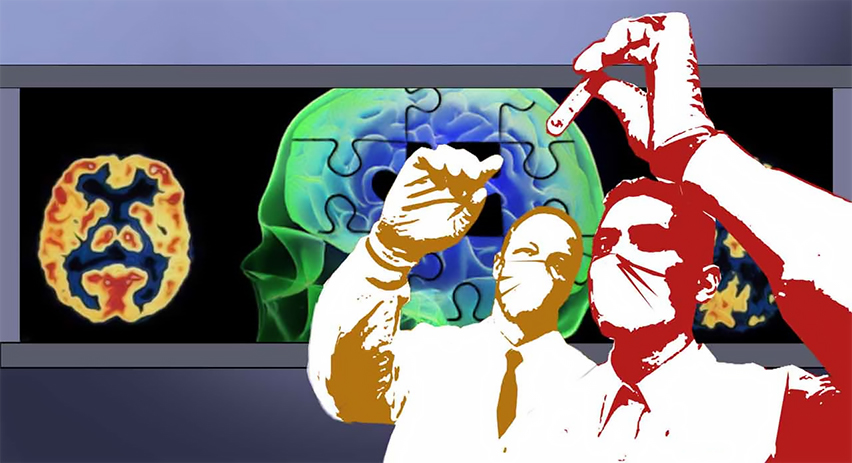 The recent approval of Biogen’s Alzheimer’s Disease (AD) drug Aduhelm (aducanumab) has signaled a seismic shift in the AD space.

Prior to the go ahead from the regulators, no treatment that sought to address the underlying causes of the notoriously difficult to treat memory-wiping condition had ever been approved.

However, following a negative AdCom and given slim chances of making the grade, the approval was highly controversial and sent shock waves across Wall Street.

Still, it is somewhat of a game changer for companies operating in the field; While the approval is good news for AD patients, it could possibly open the floodgates for other companies seeking remedies to fight AD. And this will also open up further opportunities for investors.

“Pick one side or the other,” the 5-star analyst said, referring to the Biogen controversy, “We want to step back and now look at the AD space and how the approval of aducanumab thrusts a space that was once left for dead, into what could be a new golden age.”

With all this as backdrop, McCarthy has reassessed three names operating within the space with each offering an AD-targeting drug with “something unique, but also something in common around the targeting of neuroinflammation.” More data is on the way for each name as well, which could further catapult the share price higher over the coming months.

We delved into the TipRanks database to get the lowdown on McCarthy’s picks. The data shows all are Buy-rated and offer strong upside potential from current levels. Let’s take a closer look.

We’ll start off with an Alzheimer-focused company turning a lot of heads this year. Cassava Sciences is a neuroscience-focused clinical-stage biotech company, whose lead AD candidate simufilam boasts a different approach to solving the AD puzzle. Instead of attempting to clear amyloid out of the brain which has been the common theme to AD therapies, it targets the stabilization of altered filamin A (FLNA), a scaffolding protein.

Simufilam’s progress has gone swimmingly so far. Earlier this year, interim data from a Phase 2 open-label study showed that after 6 months of treatment, the drug improved cognitive functions and patients’ behaviour.

Later this month (July 26-29th), Cassava will present the data of a nine-month interim analysis at the 2021 Alzheimer’s Association International Conference (AAIC). As Cassava’s therapy could also be the first to display cognitive benefits at nine months, positive results could be something of a game changer, and McCarthy has high hopes ahead of the readout.

“Expectations on this data readout are building and given that it is only 3 months on top of the first 6-month data set, we believe the probability that the cognition changes stay similar or at least above the stabilization threshold, should favor sumifilam,” the 5-star analyst said. “If the data stay within this range, SAVA shares could significantly rise in value. While much of the focus is on this readout, note that there are more data sets to come as well as the P2b open-label extension program, which is enrolling up to n=150 patients.”

These data sets include a readout following 12 months of treatment, which should be announced in September. There are also the initiations of two simufilam Phase 3 trials in 2H21 to look forward to.

SAVA shares have been on an almighty tear in 2020 due to the positivity surrounding simufilam, but with the aforementioned catalysts, ~$275 million in cash to fund the late-stage trials, McCarthy says it is “reasonable to assume that SAVA shares, despite the rapid rise in 2021, remain undervalued.”

As such, McCarthy rates SAVA shares a Buy along with a $190 price target. Investors could be sitting on gains of 91%, should McCarthy’s forecast play out over the coming months. (To watch McCarthy’s track record, click here)

McCarthy’s colleagues wholeheartedly agree on this one. With 3 additional Buys, the stock boasts a Strong Buy consensus rating. The average price target is more modest than the Maxim analyst’s, yet at $127, still suggests shares will gain another 33% in the year ahead. (See SAVA stock analysis on TipRanks)

Next on McCarthy’s list of promising AD plays is INmune Bio, a small-cap clinical-stage biotech focused on immunotherapies. The company’s pipeline includes potential treatments for cancer, NASH (nonalcoholic steatohepatitis), and a drug already in Phase 2 testing for the treatment of complications of cytokine storm in patients with Covid-19.

Of interest here is INmune’s AD candidate, XPro1595, which is currently in Phase 1 testing.

XPro1595 is a PEGylated protein that targets soluble tumor necrosis factor (sTNF), an inflammatory cytokine noted at higher levels in the cerebrospinal fluid (CSF) and brain (post-mortem) of sufferers of Alzheimer’s disease and other neurodegenerative disorders.

In January, INmune released data from the phase 1b study which showed that following three months of treatment, patients who were given XPro1595 displayed decreasing biomarkers of neuroinflammation based on several measures and assays.

“Both companies have drug development at relatively similar stages, and both are targeting the neuroinflammation cascade. As such, we see a valuation gap,” McCarthy said. “Combined with what we believe could be rising valuations around AAIC if positive data emerges around the space, INMB shares should be positioned to rise in value.”

Additionally, with a burn rate of roughly $4 to $5 million per quarter and ~$45 million of cash in the coffers, the company should be well-funded for the foreseeable future.

Accordingly, McCarthy rates INMB shares a Buy, and his $42 price target indicates shares could soar ~77% over the next 12 months.

Two other analysts have thrown the hat in with an INMB review recently and both are positive, giving this stock a Strong Buy consensus rating. The forecast is for one-year upside of ~44%, given the average price target clocks in at $34. (See INMB stock analysis on TipRanks)

Completing McCarthy’s list of promising AD solution seekers is Annovis Bio. As noted above, the company’s valuation is significantly higher than peer INmune’s. That is down to the massive 1,455% of share gains accrued already in 2021. However, McCarthy thinks there’s still more room to run.

ANVS-401 is unique in that it focuses on three different neurotoxic proteins in the brain, instead of only one. All are correlated to Alzheimer’s, and two are linked to Parkinson’s.

Toward the end of May, the company released data from a small phase 2 study, which showed that following 25 days of treatment, ANVS-401 improved the cognitive behavior of Alzheimer’s patients in a statistically significant manner. ANVS401 was also shown to improve Parkinson’s disease patients’ motor coordination.

McCarthy is impressed with the data so far.

“While a small N value in the study (N=14), the data are compelling and track with how impacting neuroinflammation and the inflammatory cascade can potentially lead to improvements or stabilization of cognition loss,” the analyst noted, adding, “On the AD side of the trial, the cog data was already positive. Given this, and what the impact on biomarkers thus far was in PD, we expect the probability of positive biomarker data in AD to favor Annovis; this represents a significant catalyst for ANVS shares, in our view.”

Once again, further bolstering the bull case is Annovis’ strong balance sheet. Via recent equity financing, Annovis raised $50 million. With the company burning through roughly $3 million a quarter, McCarthy believes that even as the ANVS401 programs advance and the expenses pile up, Annovis should have “sufficient runway into 2023 or later.”

What this all means is a vote of confidence from McCarthy with a Buy rating and a $150 price target, suggesting room for an additional 28% uptick from current levels.

Despite the huge share gains, Annovis has yet to attract coverage from other analysts and McCarthy’s is currently the only analyst review on record. (See ANVS stock analysis on TipRanks)