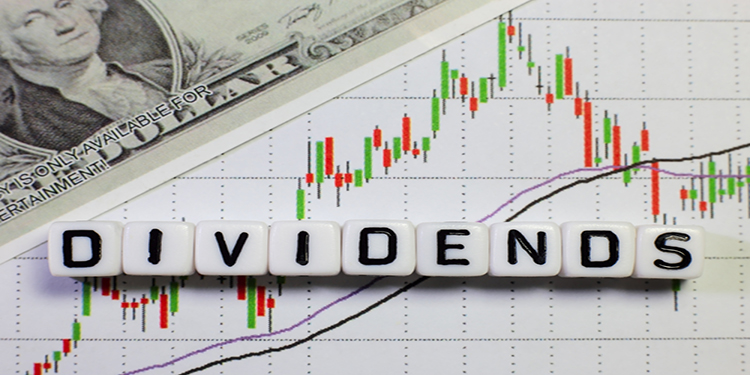 Inflations fears are rising, along with the price of gasoline and lumber and milk – and, oddly, the unemployment rate. The initial unemployment claims ticked up last week, even as the number of job openings reached a record high level.

Between the COVID relief bill, the infrastructure proposal, and a jobs act, the Biden Administration’s spending plans are totaling $6 trillion. And with economic activity reopening after the COVID pandemic, consumers are getting out, eager to spend, and holding plenty of pent-up savings and demand. It should really be a simple story of economic expansion – and, yet, unemployment remains stubbornly high.

Hedge fund billionaire Paul Tudor Jones finds the situation disconcerting. Jones notes that the Fed can use the 9.3 million job openings as support for a policy shift away from stimulus, and goes on to say, “It’s an intellectual incongruity that risks damaging their forecasts if they’re wrong on inflation… At the same time, right now we’re instead quantitative easing and juicing an economy that’s already red hot… You’ve got the craziest mix of fiscal and monetary policy since the Federal Reserve Board was created.”

For the average retail investor, this adds up to a picture of confusion. It also points toward defensive stock moves. And that will bring us to dividends. By providing a steady income stream, no matter what the market conditions, a reliable dividend stock provides a pad for your investment portfolio when the share stop appreciating.

With this in mind, we’ve used the TipRanks database to pinpoint three reliable dividend stocks — big dividend payers that are currently yielding over 7% and have a reputation for maintaining steady payments. Wall Street’s analysts say that these are solid stocks to buy. Let’s take a closer look.

The first dividend stock we’re looking at is known for generating mixed emotions. Altria is a tobacco seller, the maker of Marlboro cigarettes, making MO a classic ‘sin stock.’ Altria is also well-known as one of the stock market’s long-time dividend champs, with a 12-year history of dividend growth.

While smoking is the subject of enormous social pressures, Altria’s top line hasn’t suffered much in recent years. Quarterly revenues, since 2018, have fluctuated at or near the $5 billion mark, with Q1 typically showing the lowest revenue and Q3 the highest. The company reported $4.88 billion in revenues in its last quarterly report, for 1Q21, solidly in the historical pattern. EPS came in at 77 cents, down 7% from the year-ago quarter.

In 1Q21, the company’s dividend payments totaled $1.6 billion. The dividend itself was declared at 86 cents per common share, or $3.44 annually, and yields 7%.

It’s interesting to note that Altria’s continued growth and profits come even as the FDA and Biden Administration are making noises about banning menthol cigarettes. These are popular products, and a ban would hurt Altria’s bottom line – but for now, it appears that the company, investors, and cigarette consumers are all shrugging off the possibility.

It’s important to note here, on the subject of tobacco product bans, that Altria is heavily invested in promoting the iQOS smokeless tobacco system. This past December, Altria announced that it had received FDA approval for commercialization of iQOS3, the latest version of the product.

Covering Altria for Piper Sandler, Michael Lavery notes the regulatory risks ahead, but believes that Altria can roll with it.

“We expect headline risk to remain in place for some time, but note that Altria looks best positioned if menthol is banned; 20% of its volumes are from menthol, vs. ~55% for BAT. Altria’s iQOS could benefit; over 50% of its US sales are from menthol, and it should be much more established by the time any menthol ban could come into place,” Lavery opined.

Lavery rates MO shares an Overweight (i.e. Buy), and gives the stock a price target of $57. At current levels, this implies an upside of 19% for the year ahead. (To watch Lavery’s track record, click here)

Overall, Wall Street is pretty upbeat about the company. TipRanks analysis of 12 analyst ratings shows a consensus Moderate Buy rating, with 8 analysts Buying and four recommending Hold. The average price target is $54.40, indicating room for a 15% upside from the current trading price of $47.22. (See MO stock analysis on TipRanks)

The company funds the dividend with solid financial results. In Q1, Omega report $164.4 million in net income, or 69 cents per share. This was up significantly from the year-ago quarter, which saw EPS of 42 cents.

Several other key metrics were strong in the quarter, too. Omega collected over 99% of the rent and mortgage payments due it. The company sold 24 properties for $188 million, generating a net gain of $100 million. And it made $595 million worth of new acquisitions to the portfolio. At the end of all that, Omega’s ‘funds available for distribution,’ the money available to cover the dividend, came in at $193.2 million.

Turning to the dividend, Omega declared 67 cents per common share for the quarterly payment. This is the seventh quarter in a row with the dividend at this level. With an annualized payment of $2.68, the yield is just over 7%. Compared to the current interest rates, or to the ~2% average dividend in the broader markets, this is a solid return.

Berenberg analyst Connor Siversky notes that the receding COVID pandemic has eased the pressure on skilled nursing and senior housing facilities, and he writes of Omega: “We expect occupancy gains to accelerate modestly into the summer months as the care delivery system works through a backlog of prospective SNF patients. Given positive occupancy trends and a reemergence of investment activity, we believe OHI’s shares will perform well versus peers in near term as investors weigh the velocity of the burgeoning SNF recovery.”

In line with those comments, Siversky rates OHI shares as a Buy, and his $41 price target implies a one-year upside potential of 13%. Based on the current dividend yield and the expected price appreciation, the stock has ~20% potential total return profile. (To watch Siversky’s track record, click here)

Overall, five analysts have weighed in on Omega recently, and their reviews include 3 Buys and 2 Holds, giving the stock a Moderate Buy analyst consensus rating. OHI is currently priced at $36.15 and its average target of $41.25 suggests a 14% upside from that level. (See OHI stock analysis on TipRanks)

Last of our list of dividend champs is AT&T, one of the corporate world’s most recognizable names. The company got its start at the dawn of telecommunications, became a telephone monopoly during the last century, and was broken up under anti-trust actions in the 1980s. The modern company, operating since 2005, is a telecom and tech giant, with a market cap of $209 billion and more than $170 billion in annual revenue.

AT&T’s current business is highly diversified, and based in communications. The company retains a telephone service division, for both local and long distance landlines, and is a major provider of broadband services over both fiber-optic and wireless networks. AT&T is part of the accelerating 5G rollout in the US. In recent years, AT&T purchased Time Warner, and uses that library of entertainment content to support its streaming TV ventures.

The company’s recent Q1 report shows a sound foundation for investors to consider. At the top line, revenues came in at $43.9 billion, for a modest 2.7% yoy gain. EPS performed better; at $1.04, the earnings per share increased 65% from the year-ago quarter. And of interest for dividend investors, the company showed increased cash flows – the source of all dividend payments. Cash from operations was up 12% to $9.9 billion, and the free cash flow increased 51%, to $5.9 billion.

During the quarter, AT&T declared a common share dividend of 52 cents. This was the sixth consecutive quarter at this rate for T’s dividend, which has a 12-year history of regular growth. The annualized payment, at $2.08, gives a dividend yield of 7.1%.

In his research note on AT&T, Deutsche Bank analyst Bryan Kraft states his belief that the company has sound prospects.

“Management has been taking steps to improve the company’s focus: (1) centering its strategy and investment around areas where it can leverage its scale and differentiated assets to grow revenue/cash flow and create value (including wireless, fiber-based broadband, and HBO Max), (2) while at the same time balancing profitability by implementing cost transformation initiatives, and (3) monetizing non-core businesses (including DirecTV and Crunchyroll) to help fund these growth investments, while reducing management distraction,” Kraft wrote.

The analyst summed up, “We believe that AT&T’s more concentrated strategy, and more recent relentless focus on execution, should drive sustained improvement in the company’s fundamentals. With the stock trading at a relatively undemanding valuation and an attractive dividend yield, we see the opportunity for a healthy mid-teens % return.”

Looking ahead, Kraft, wrote, “We believe that AT&T’s more concentrated strategy, and more recent relentless focus on execution, should drive sustained improvement in the company’s fundamentals. With the stock trading at a relatively undemanding valuation and an attractive dividend yield, we see the opportunity for a healthy mid-teens % return over the next 12 months.”

The analyst uses these comments to support a Buy rating on T shares, along with a $34 price target that implies room for ~17% upside. (To watch Kraft’s track record, click here)

So, that’s Deutsche Bank’s view, let’s turn our attention now to rest of the Street: T’s 7 Buys, 5 Holds and 2 Sell coalesce into a Moderate Buy rating. The stock is currently priced at $29.13 and its $32.17 average price target suggests it has a 10% upside ahead of it. (See AT&T’s stock analysis on TipRanks)