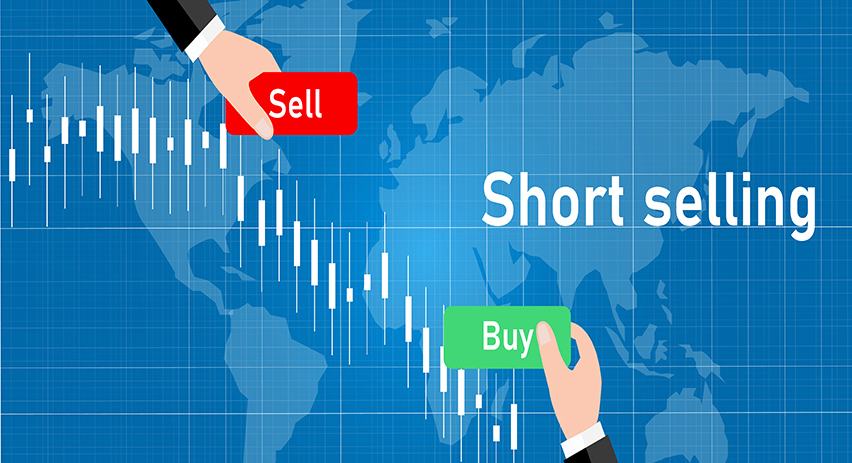 Right now, markets are giving investors opposing trends simultaneously. The S&P and NASDAQ have posted strong year-to-date gains. At the same time, however, Wall Street strategists are growing more concerned that a slowing U.S. economy could derail the stock market’s record run. It’s an environment full of risk, and so risk-friendly investors are finding plenty of options – including short trading.

Short trading is betting on the risks to play out; it’s buying into a position using borrowed shares, so that the trader is on the hook for an original purchase price. He gains a profit by closing the position and buying the originally borrowed shares; if the price has fallen since the short trade began, the investor will profit on the difference in share price.

With this in mind, we turned our attention to two stocks that have been heavily shorted in recent months, and we’ve used the TipRanks database to find out just where they stand. The results are interesting – these are Strong Buy stocks with notable support from Wall Street analysts. Could a short squeeze be in the cards for these two tickers? Let’s take a closer look.

We’ll start in the gaming sector, where Corsair is a major developer, manufacturer, and supplier of high-end PC gaming gear. The company markets a range of peripherals, streaming equipment, smart ambient lighting, headsets, and more to gamers of all stripes, as well as content creators, hobbyists, and PC enthusiasts. In addition to peripherals, the company also offers computer gear such as case cooling, power supply units, memory chips, and solid state drives. Corsair’s products are sought after by both casual gamers and professional players.

Corsair saw a mix of headwinds and tailwinds during the pandemic crisis last year, as lockdowns and social distancing pushed demand up faster than the supply networks could keep up. Even so, the company went public in September 2020, in an event that saw 14 million shares go on the market at an initial price of $17 each. The company raised $238 million in gross proceeds from the offering.

In early August, Corsair announced its 2Q21 quarterly results, its fourth such report since going public. The $472 million in revenues were down 9.8% sequentially, but up 24% year-over-year. EPS came in at 28 cents; this was the lowest reported value since the IPO, but was up from 26 cents in the year-ago quarter. Supply constraints as well as logistics issues have weighed on both the top-line and margins.

With all of that in the background, the company has seen a great deal of short interest. More than 30% of recent activity on the stock has been in short trades.

Wedbush analyst Michael Pachter acknowledges Corsair’s headwinds, especially the “margin pressure” and its impact. He does, however, come down squarely with the bulls regarding the company’s path forward.

“Corsair has created a defensible niche in what otherwise may appear to be a commodity business. Unlike many of its larger competitors, Corsair is firmly focused on the gaming segment, with the vast majority of its sales coming from a small, but dedicated and growing base of hard core gamers. Corsair is likely to average 10% top line growth for the next several years… There is potential for substantial upside to our estimates if Corsair can deliver operating leverage,” Pachter opined.

Overall, it seems that Wall Street is in agreement with the Wedbush view. This stock has a 3 to 1 breakdown of Buys versus Holds, making the analyst consensus a Strong Buy. The shares are priced at $29.20 and their $39 average price target suggests room for ~34% growth in the year ahead. (See CRSR stock analysis on TipRanks)

Next up, we’ll look at Heron Therapeutics, a biopharmaceutical company with a focus on easing the discomfort suffered by cancer patients as a result of current chemotherapy treatments. Heron has developed drugs to treat both the nausea and pain frequently experienced by cancer patients, with the aim of improving quality of life during treatment.

In this niche, Heron has hit a jackpot – and has three approved drugs on the market. Sustol and Cinvanti have both been approved for nausea control and are on the market. The company realized $42.5 million in combined sales from these drugs during 1H21; this was down from $49.1 million in the first half of 2020. Demand for Cinvanti increased 22% from Q1, and for Sustol by 108%. These gains were partially offset by lower selling prices. The company expects Q3 sales of these drugs to increases between 5% and 10% sequentially.

Heron saw a major catalyst in May of this year, when Zynrelef, a pain management drug, received FDA approval for commercialization. The company has already made an agreement with Medicare for a temporary billing code on the drug, and has commitments from ‘multiple payers covering over 86 million commercial and Medicaid lives’ for reimbursements on Zynrelef. Zynrelef is also approved in 31 European countries.

Even though Heron has started building a solid sales base, the stock has attracted significant short interest, on the order of 28.8% of recent trading activity.

Cantor analyst Brandon Folkes sees further growth ahead for this stock, writing: “We continue to believe HRTX stock offers investors a favorable risk/reward at current levels. We remain bullish on the peak sales potential for Zynrelef, even if we expect a measured launch near term. The chemotherapy-induced nausea and vomiting (CINV) franchise continues to grow, albeit at a revised trajectory. With this growth in the CINV franchise [and] strong early Zynrelef launch metrics… we believe the company will drive value for investors…”

These bullish comments back up an Overweight (i.e. Buy) rating, and a $26 price target that implies an upside potential of ~118% over the next 12 months. (To watch Folkes’ track record, click here)

Folkes is no outlier in his views of Heron; the company has picked up 4 positive reviews recently, making the Strong Buy consensus rating unanimous. The shares are trading for $11.91 and have an average price target of $27.50, suggesting a robust upside of 131%. (See HRTX stock analysis on TipRanks)