Tesla Announces a Robot Next Year, But This Analyst Is More Excited About the Cars 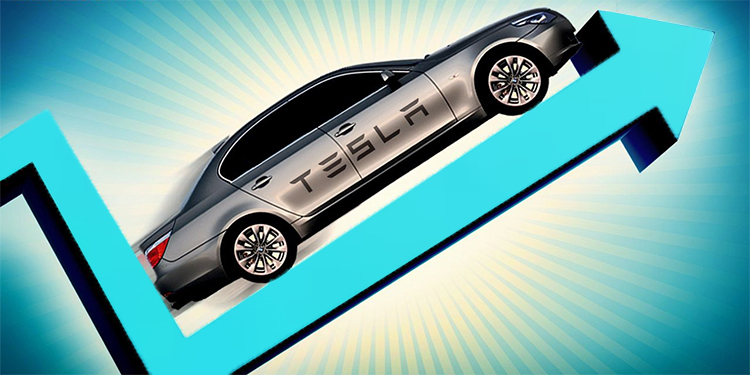 When Tesla (TSLA) wrapped its long-awaited “AI Day,” it left much of Wall Street bemused. In addition to discussions of supercomputers semiconductors and 3-D modeled highways, Tesla said it would be building a humanoid robot from the ground up next year — a timeline that Wells Fargo analyst Colin Langan called “optimistic,” and a distraction that Wedbush analyst Daniel Ives termed “an absolute head scratcher” in light of rising competition in Tesla’s core electric car business.

But at least one analyst was impressed.

In a report heavy on compliments, but almost entirely devoid of numbers, Deutsche Bank analyst Emmanuel Rosner praised Tesla for setting forth a “bold vision” of where it will be going in the future.

Beginning with automobiles, Rosner noted that Tesla seems to have committed entirely to running its autonomous driving software off of data provided by cameras. The company has famously dismissed the use of LiDAR in autonomous navigation, and ditched the use of radar earlier this year. Instead, Tesla will use data from cameras alone to model the “3D vector space” surrounding its cars. To do this, the cars’ computers will “seamlessly” merge camera sensor data “before detection,” then apply machine learning to determine what they have detected, and only then make a decision about what to do with this data (e.g. brake, accelerate, turn). Moreover, Tesla’s cars will attempt to incorporate into their models the “fourth dimension” — time — to create a vector and anticipate where a given 3D object, once detected, is moving to.

Rosner finds all of this “impressive” and says it “should enable a much more robust platform for end-to-end autonomous driving.” In particular, Tesla’s product should be more robust than those offered by “most competitors,” which as Rosner observes, “are still working off 2D images” for their own autonomous driving software.

Back at the ranch, Tesla has 1,000 employees, Rosner notes, who are tasked with “labeling” all of the objects being detected by its cars for use in improving the software. They’re also using all of this data to build “2k miles of simulated road” for use in continued training of the AI that runs Tesla’s cars.

And in that regard, Rosner notes that Tesla is using “custom built D1 chips” connected to form its Dojo supercomputer to train the AI. Ultimately, says the analyst, this supercomputer could give Tesla the ability to sell “AI training as a service” to other companies — much like Amazon.com developed server capacity for its own use initially, and then built it out into the gigantic AWS business that is by now by far its most profitable subsidiary.

“But what about the robot,” you ask? And yes, clearly this was the highlight of Tesla’s presentation last week — a 5′ 8″, 125 lb. androgynous bot that Rosner describes as “friendly” and “not able to overpower or outrun the average person.” Rosner didn’t go much beyond briefly sketching out what the Tesla Bot is, however, and what it will do (i.e. “boring/repetitive tasks). He did note, however, that the Tesla Bot is probably part of “a much longer term endeavor,” implying that even he isn’t confident about the robot being ready for primetime by next year.

In the meantime, though, Rosner still recommends buying Tesla stock, and keeps a $900 target price on the shares. (To watch Rosner’s track record, click here)

Granted, not everyone is as enthusiastic about TSLA as Deutsche Bank. Overall, Beyond Meat has 25 recent analyst ratings, including 12 “buys,” 7 “holds,” and 6 “sells,” adding up to a consensus view of Hold on the stock. Share are selling for $701.16, and the the $697.90 average price target suggests they will stay range bound for the foreseeable future. (See TSLA stock analysis on TipRanks)

The post Tesla Announces a Robot Next Year, But This Analyst Is More Excited About the Cars appeared first on TipRanks Financial Blog.