Pfizer to Purchase Rest of Trillium; Analysts Have Their Say 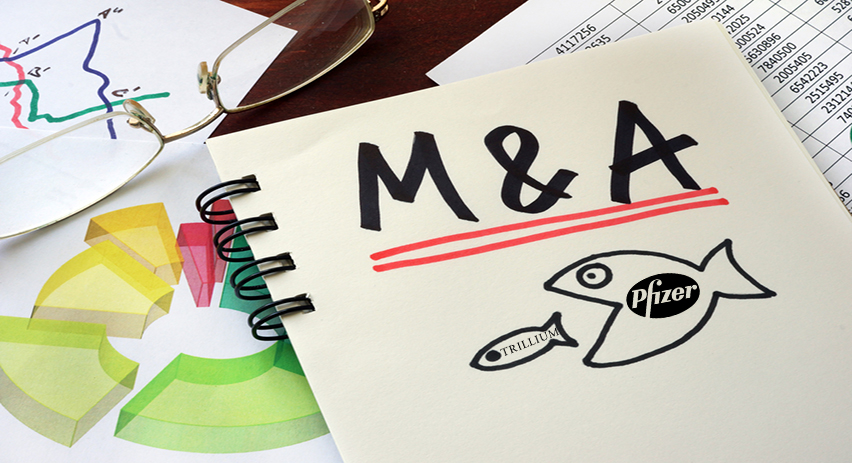 For investors, there can hardly be a more satisfying start to the week than to watch shares of an owned stock take off majestically. And that’s just what Monday had in store for Trillium Therapeutics (TRIL).

TRIL stock trudged off to the weekend sitting 59% into the red in year-to-date, but almost tripled at Monday’s open after it was announced Pfizer will splash out $2.26 billion in cash to acquire the immuno-oncology company, paying 18.50 for each Trillium share not already owned by the pharma giant.

Trillium’s pipeline of cancer treatments targets a “don’t eat me” signal which cancer cells use to dodge the immune system and will go toward further bolstering Pfizer’s portfolio of blood cancer therapies.

The deal’s close is still subject to certain customary regulatory approvals. H.C. Wainwright’s Swayampakula Ramakanth believes it will be completed before the end of the year.

While still in early stages, Trillium has set in motion several studies during this quarter, and Ramakanth believes the company will “continue to execute its clinical development strategy and initiate previously announced six studies in 2021.” The 5-star analyst also believes that beginning in Q4, the next 12 months will see a “continuous flow” of proof-of-concept data.

Since initiating coverage of Trillium in July 2017, Ramakanth notes shares have appreciated by 390%. But as a result of the agreement, the analyst has downgraded his rating from Buy to Neutral and adjusted the price target to $18.5, the same as Pfizer’s purchase price and leaving room for 6% upside from current levels. (To watch Ramakanth’s track record, click here)

As any other meaningful data readouts – proof-of-concept data aside and barring potential early sarcoma data in 4Q21 – are still a while off (9-12 months) and considering the increased competition in the CD47 antibody space, JonesTrading analyst Soumit Roy believes the price is a fair one, even though it is a way beneath the $4.9 billion valuation attached to Forty Seven, the other CD47-directed company which was acquired by Gilead in March 2020. The 5-star analyst doesn’t foresee any anti-trust issues impeding the deal’s consummation.

The post Pfizer to Purchase Rest of Trillium; Analysts Have Their Say appeared first on TipRanks Financial Blog.