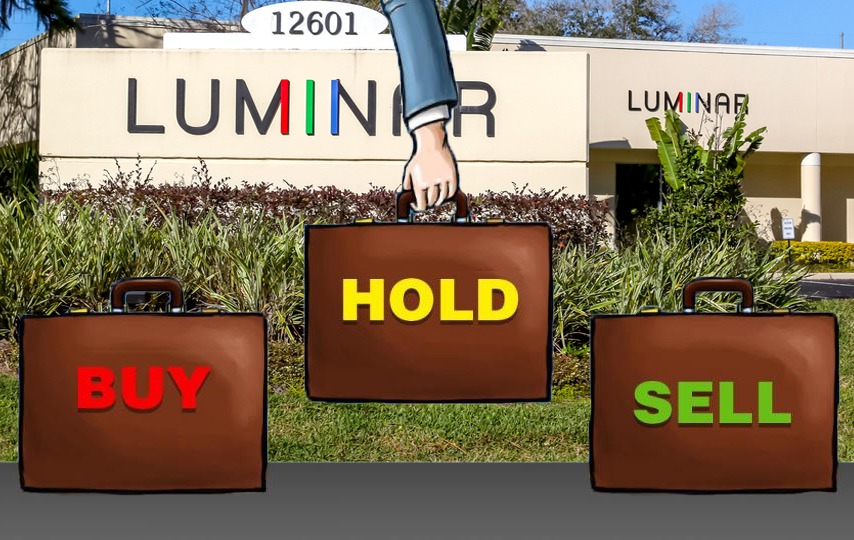 2021 is littered with SPAC debris, as 2021’s operating terrain has been a lot harder for one of 2020’s hottest trends to navigate.

Talking of navigation and SPACs leads us nicely to Luminar Technologies (LAZR). Like many companies to enter the stock markets via the blank check route, the lidar maker’s shares have taken a hammering, down by 49% since the turn of the year. However, Berenberg’s Mike Filatov thinks the latest projections from management might just separate it from the pack.

The company’s second quarter results showed a revenue increase of 84% year-over-year and a 19% sequential uptick to reach $6.3 million. On the flip side, adjusted loss per share of $0.08 came in one cent worse off than the Street’s call.

“However,” Filatov notes, “Like many of its lidar peers, near-term results are somewhat irrelevant because most units are being used for testing and validation, which are inherently low volume.”

Of more importance are the company’s expectations for the rest of the year and here the outlook appears promising.

The company raised its 2021 revenue guidance from between $25 million to $30 million to between $30 million to $33 million. Consensus had $27.1 million. The company also increased its forecast for order book growth to 60% from 40%, which suggests ~$2 billion by the end of the year. Luminar is also targeting 6 commercial wins instead of the prior three.

“These revisions should be viewed favorably by the market,” the analyst further said. “Not just because of the positive revisions but because they indicate that LAZR may be a rare de-SPAC company that baked some conservatism into its near-term projections.”

One concern, however, is that the company’s pipeline is still “Volvo-centric.” Still, Filatov thinks there could be other SPA 2 (Volvo’s Scalable Product Architecture platform) model awards announced, other “opportunities” with Geely (Volvo’s owner) and EV sub-brand Polestar. Other developments could also help make Luminar’s valuation “more palatable.”

For now, however, despite the shares’ might drop, Filatov thinks the stock’s “rich valuation and concerns around the company’s ability to achieve its targeted long-term bill of materials,” are reasons enough to remain on the sidelines with a Hold rating and $18 price target. (To watch Filatov’s track record, click here)

Filatov, though, is on his own here. With 4 Buys thrown into the mix, the stock has a Strong Buy consensus rating. The analysts see big gains ahead; going by the $31.67 average price target, the shares will add ~111% of muscle over the next 12 months. (See LAZR stock analysis on TipRanks)