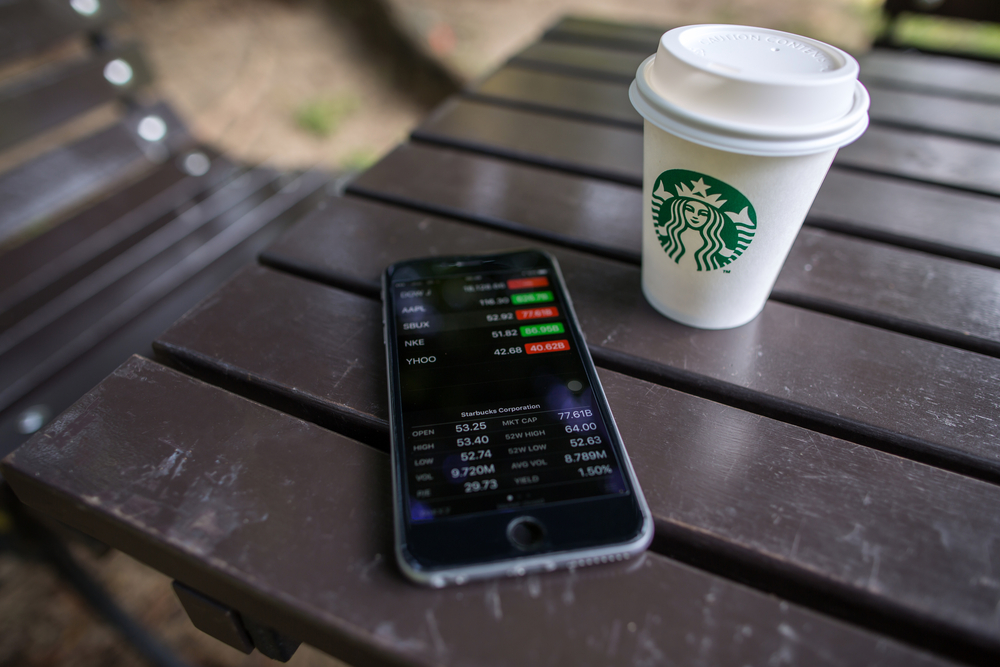 Starbucks may continue to post solid results, and the analyst community remains very bullish as well. Still, investors remain unsure about bidding up Starbucks (SBUX) stock further, after shares in the coffee chain recovered in a matter of months from their COVID-19 related sell-off. I maintain a Neutral stance of SBUX stock.

So far in 2021, the stock has barely budged and is up just 8.6%. What’s behind this? Concerns over the company’s growth in China may be one reason. Yet it’s likely that an equally large factor is valuation.

Its strong underlying business notwithstanding, Starbucks is richly priced at its current forward earnings multiple (around 31x). That’s a moderate premium to peers like McDonalds (MCD) and Yum Brands (YUM), which both trade for forward price-to-earnings, or P/E, ratios of 24.1x and 27.1x.

Granted, barring a market correction, Starbucks might not experience major multiple compression. Yet even if the market remains strong going into 2022, this stretched valuation may limit its ability to move higher, after its recent slide from around $126 per share, to around $114.63 today. (See Starbucks stock charts on TipRanks)

SBUX Stock and its Premium Valuation

As mentioned above, the main issue with Starbucks shares today may be one of valuation. Mr. Market is well aware of the strengths of the underlying business. However, you can argue that its current valuation reflects these strengths, along with its potential to continue delivering above-average earnings growth.

To move the needle for SBUX stock in a big way once again, the company needs to handily beat expectations. This could be challenging, as even the top end of analyst estimates aren’t that much higher than consensus.

Better-than-expected performance of its U.S. unit may not be enough. Starbucks’ China growth may need to re-accelerate as well, in order to inspire investors to send the stock back to its high, and beyond.

Other than that, shares will likely continue to trade sideways, as they have done so far in 2021. Possible declines may not be that large. This is hardly a selling point, but it could indicate to investors with longer time horizons that jumping in now may still be a worthwhile move.

Valuation with SBUX stock may be stretched, but that may not mean it is at risk of taking a major dive lower. That’s the case even if the stock market overall corrects, hitting richly-priced stocks the hardest.

Why? Valuation on an absolute basis may be high. Yet it’s not that far above its historic forward P/E ratios. In the late 2010s, shares traded for between 26x and 30x earnings.

This implies that, if multiple compression happens, it may only mean the stock only falls as low as $96.20 per share (based on analysis earnings consensus of $3.70 per share for the next fiscal year). In other words, just 16% below today’s prices.

As shares may not be that volatile, in a possible bear market, investors considering SBUX today as a long-term position, may be able to stomach the short-term noise. That is, at least until earnings catch up with valuation, and shares have greater ability to move up in value.

What Analysts are Saying About SBUX Stock

As for price targets, the average Starbucks price target is $133.33 per share, implying around 16.31% in upside from today’s prices. Analyst price targets range from a low of $108 per share to a high of $145 per share.

Yet, investors who are interested in stocks with near-term catalysts that could give them a boost in the immediate future? They may want to look elsewhere.

If concerns about international growth dissipate, SBUX stock may have the potential to return to its past high. Other than that? It’s likely going to be a while before investors are willing to send it up to new all-time highs.