Can Lucid Stock Clear Up? 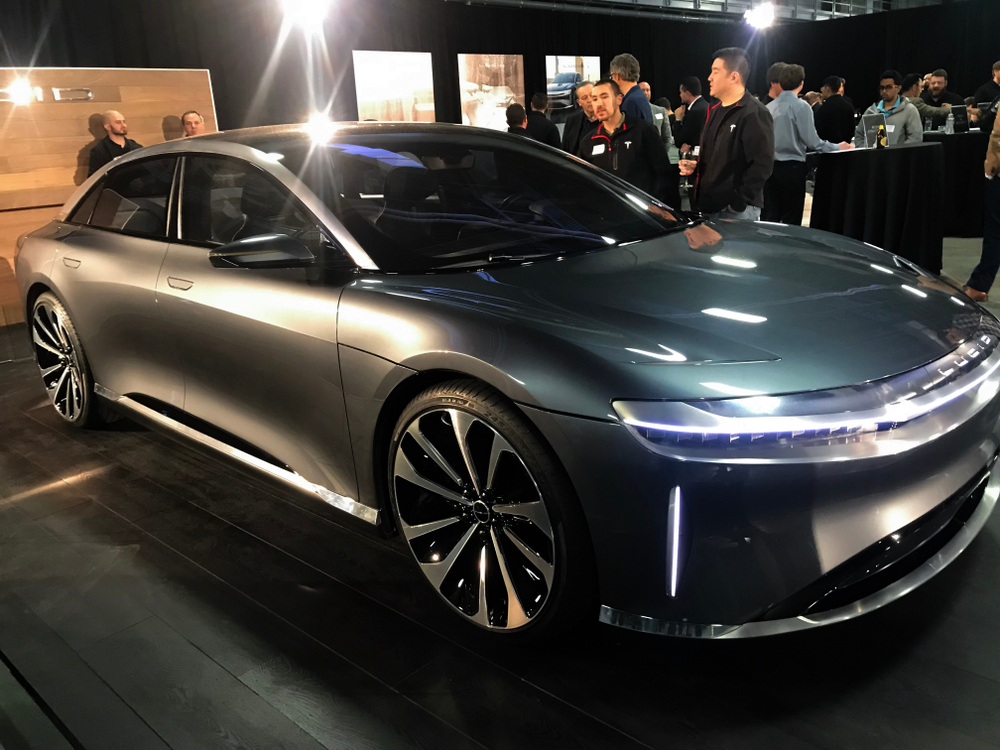 EV stocks have witnessed quite a decent amount of interest from investors over the past few years. Several factors contributed to the surging investor enthusiasm for these stocks. Among the top contributors to investors’ appetite for EV stocks has been the incredible growth seen with incumbents such as Tesla (TSLA), as well as the recently bullish political landscape for electric vehicles spurred by President Biden’s American Jobs Plan.

Of course, this narrative remains strong for growth investors looking for a sector with strong secular tailwinds. However, the hyper-bullish sentiment surrounding EV stocks such as Lucid Group (LCID) appears to be waning somewhat of late. LCID stock is one that has fluctuated with significant volatility within a relatively decent-sized band for the past six months.

Well, concerns around the global semiconductor shortage plaguing EV production continue. Additionally, the relative valuations of EV stocks relative to other high-growth sectors remains a pain in the side of conservative investors. Alongside the potential for slowing demand due to economic issues arising from the Delta variant, hyper-growth sectors have seen some cooling off of late.

That said, Lucid remains one of the intriguing early-stage EV plays investors have their eye on right now. Let’s dive into a few things investors may want to watch with this burgeoning growth stock.

There are a couple of key factors responsible for much of the recent pressure LCID stock has seen from the market.

Investors may have noticed some significant selling near the end of August. This has been tied to the expiration of lockup provisions for insiders, which expired September 1. Investors appeared to want to get ahead of what could have been massive selling pressure. However, fortunately for investors, it appears insiders did not sell en masse, leading to a recovery in LCID stock to mid-August levels.

Insider selling among various SPACs and de-SPAC companies has been a bigger concern of late. Investors buying into these speculative high-growth plays don’t like having the rug pulled from under them. When massive amounts of shares get sold, new investors putting money into these growth vehicles can get hurt in the short-term. While that doesn’t appear to be the case with LCID stock right now, it’s something investors appear to be keenly aware of.

It appears sentiment is likely to play a bigger role in how LCID stock performs, at least over the near-term. If investors feel comfortable betting on the SPAC and de-SPAC sectors, it’s possible LCID stock could run higher from here. However, momentum does work in both directions, so investors should take note of the risks as well as the reward with this play.

Despite rising considerably this past week, LCID stock remains well below its highs seen earlier this year. Anticipation around the release of the company’s Lucid Air model later this year has some investors thinking now may be the time to jump into this early-stage EV company.

Indeed, Lucid’s positioning in the luxury EV market appears to be strong. Lucid could indeed give Tesla a run for its money in this category. At least, given the specs that have been released thus far (an industry-shattering 520 mile EPA rating for its Dream Edition R model), those looking for performance and range can’t find a better option elsewhere.

Indeed, given the fact that Lucid has put forward specs that lead the competition by a wide margin, it appears performance aficionados will have no choice but to at least check out a Lucid vehicle. Lucid’s various upcoming model releases are the most highly-anticipated we’ve seen in the EV sector for some time. The marketing value of these performance metrics is undeniably positive for investors. Thus, assuming the demand follows the hype, LCID stock could really pop as production ramps up over time.

Of course, various execution-related risks tied to production and delivery schedules remain. How Lucid performs in the coming months remains to be seen. However, it’s hard to argue against the excitement this stock brings to the EV sector.

What are Analysts Saying about LCID Stock?

According to TipRanks’ analysts rating consensus, LCID stock is a Moderate Buy. Out of 3 rating, there are 2 Buy and 1 Sell recommendations.

Lucid is a company that has raised the bar significantly in terms of performance in the EV sector. For investors looking for a Tesla alternative, it appears LCID stock could give this incumbent a run for its money.

Of course, Lucid needs to show impressive growth numbers in order for this company to live up to its valuation. However, this is a stock that might remind investors of Tesla ten years ago. Accordingly, this is a stock to watch closely in the coming quarters.

The post Can Lucid Stock Clear Up? appeared first on TipRanks Financial Blog.