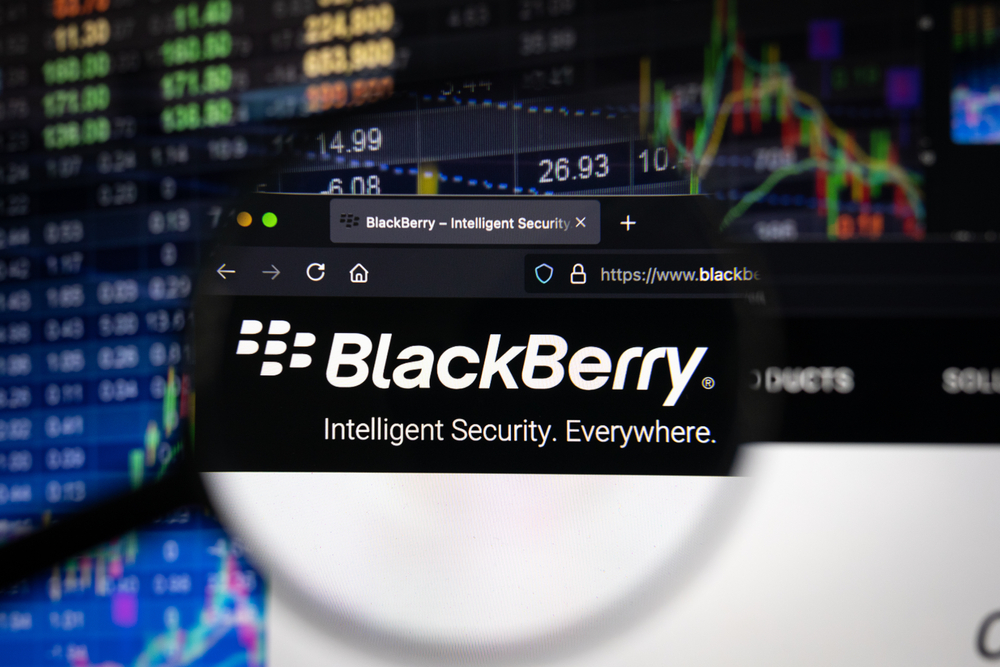 One of the few Canada-based stocks that’s gained traction in the meme stock discussion has been BlackBerry(BB). The former smartphone maker has reimagined itself as a software player. In this realm, the company has developed some intriguing traction in recent years. Investors looking to take advantage of this growth potential have begun to consider BB stock lately.

Indeed, the company’s growth prospects have begun to look a lot brighter in the past few years. A key partnership with Amazon (AMZN) in December of last year to develop BlackBerry IVY, an intelligent vehicle data platform, has prompted growth investors to once again consider this stock. After all, BlackBerry’s QNX platform is currently one of the industry-leading software platforms for the auto sector. Amazon’s backing of this project, and the potential for installing this cloud-connected software platform in an even greater market share of vehicles, has excited investors.

That said, BlackBerry’s underlying fundamentals haven’t improved as quickly as investors would have hoped. Sure, long-term growth prospects with BB stock remain strong. However, investors are demanding to see this potential translate through to revenue and earnings growth. Thus far, BB stock has underwhelmed in this regard. (See BlackBerry stock charts on TipRanks)

However, retail investors looking for parabolic returns have targeted BlackBerry as a potential short-squeeze opportunity. Let’s take a look at this angle, and see whether there is any potential for BlackBerry stock to squeeze from here.

One of the key drivers behind the BlackBerry short squeeze thesis was the idea that this stock’s float was heavily shorted. Indeed, it appears this is still the case.

Currently, the company’s short volume ratio sits at around 14%. That’s high, but certainly not as high as the software maker previously saw earlier this year. Retail traders looking to orchestrate a short squeeze need to force short-sellers to cover their positions at higher prices. In order to do so, buying pressure needs to be immense and timed. Any sort of deviation from a surge in consensus buying pressure can slow or halt a rally.

BlackBerry’s rise to nearly $29 per share earlier this year was the result of such an orchestrated squeeze. Indeed, BlackBerry was among the top handful of Reddit favorites at the time.

However, the question of whether this stock can squeeze again from here remains an intriguing one. On the one hand, short interest is down significantly, indicating this stock has already squeezed, and there’s less juice in this lemon to be squeezed out, so to speak.

Additionally, it appears most retail investor attention has left BlackBerry to seek other opportunities. Once a well-orchestrated group that focused on only a few names, it appears the retail trading base on various social media platforms has become more scattered. Accordingly, it’s hard to suggest such a squeeze could materialize again.

What Analysts Are Saying About BB Stock

According to TipRanks’ analyst rating consensus, BB stock comes in as a Strong Sell. Out of 4 analyst ratings, there are 4 Sell recommendations.

BlackBerry’s core software business remains an intriguing growth opportunity for long-term investors. At TipRanks, we recently reported on how BlackBerry’s QNX software has been installed in 195 million vehicles. This is up a whopping 20 million vehicles year-over-year.

Should the company’s Amazon partnership yield results, investors may have an undervalued growth gem on their hands. In this regard, BlackBerry could be viewed as a speculative buy among aggressive growth investors today.

However, those suggesting another squeeze is around the corner for BlackBerry may be disappointed. This is a stock that appears to have lost its momentum in this regard. For now, BlackBerry appears to be another turnaround story stock that investors either need to be patient with, or remain on the sidelines.